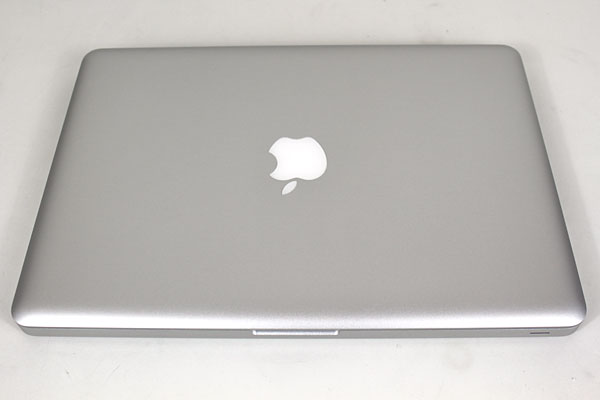 Apple uses a custom unibody enclosure on all their MacBook Pros that is machined from a single piece of aluminum. The sturdiness of this notebook is second-to-none in terms of craftsmanship and overall construction. The 13″ version seems a bit undersized for my taste, but I’ll reserve judgement on usability until I get a chance to use it in a real-world environment. 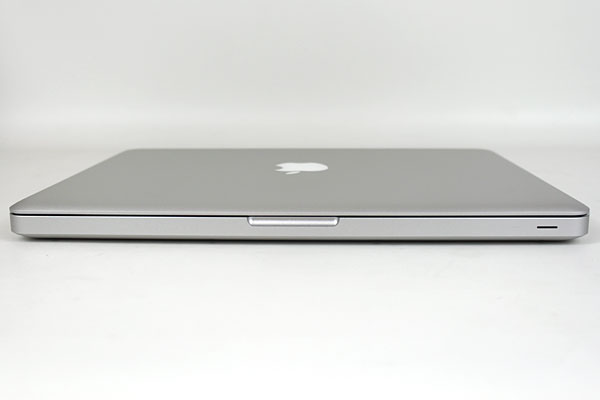 The 13″ version we received is less than an inch in height and weighs only 4.5 pounds. The width of the unit tops out a little below 13 inches and the depth is almost 9 inches. There’s also a magnetic hinge that seems very secure as well. 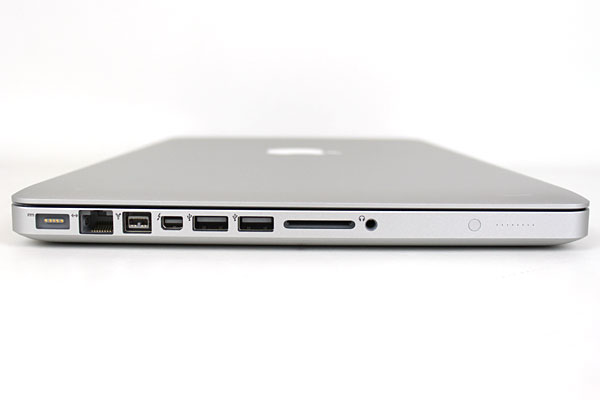 The left panel of the MacBook Pro organizes all my I/O connections including a MagSafe power port, Gigabit LAN, FireWire 800, Thunderbolt port, two USB 2.0 ports, audio in/out, SD card slot, and a Kensington lock slot. They also included a small button to give users a graphical readout of their battery power levels. 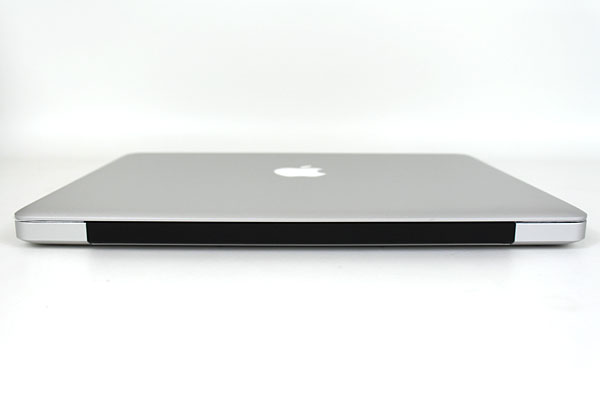 The back panel is clean and free from any wires and houses the battery, but not in the way most notebooks do. You’ll have to remove the bottom panel to access the battery compartment on this MacBook Pro. 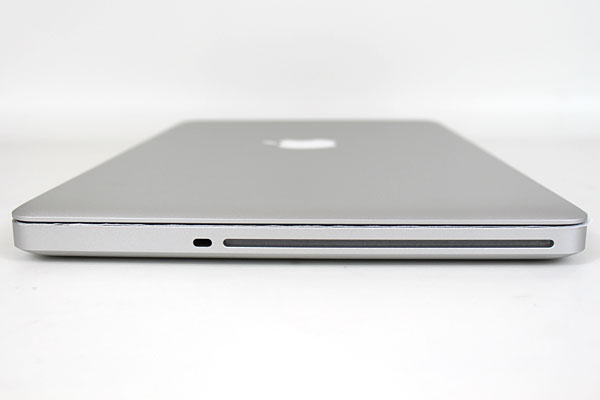 The right panel incorporates a slot-loading 8x dual-layer DVD burner and nothing else. Apple did a great job of organizing all the available components and keeping the rest of the unit free from cluttered USB wires and other devices. 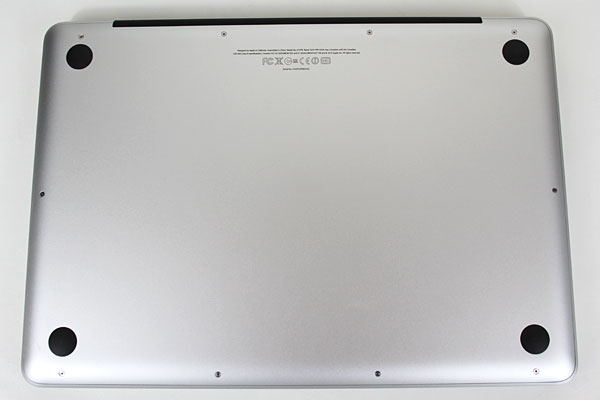 Here’s a quick shot of the bottom panel that is entirely made of aluminum and includes four sturdy rubber feet. The bottom panel is attached with 10 small screws that can be removed to access the system memory, hard drive, and slot-loading DVD burner. 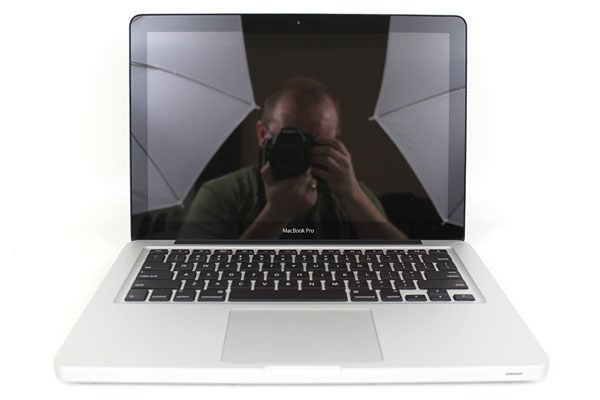 We lifted the lid on the Macbook Pro to showcase the 13.3″ widescreen LED display that natively runs at 1280×800. I initially tried to shoot this photo from other angles, but couldn’t keep the glossy screen from showing my studio lights or myself. The LED screen is made entirely from glass, which Apple uses because it is highly recyclable. 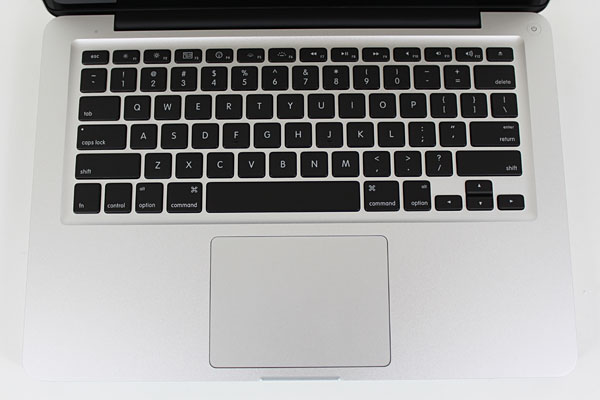 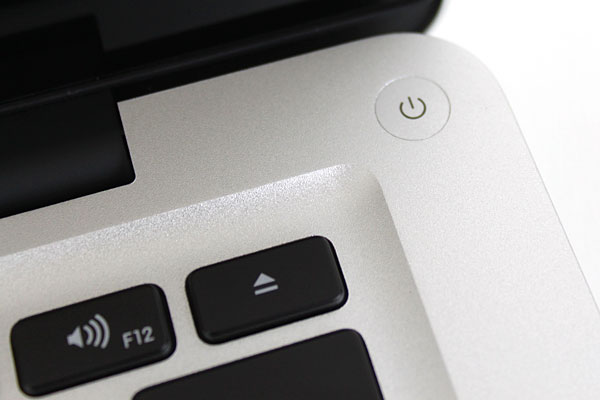 The power button is located in the top right-hand corner of the Macbook Pro and blends perfectly into the design of the unit. Apple also include a handy eject button shown above so users don’t have to dump the DVD icon into the trash can anymore to eject a DVD or CD. 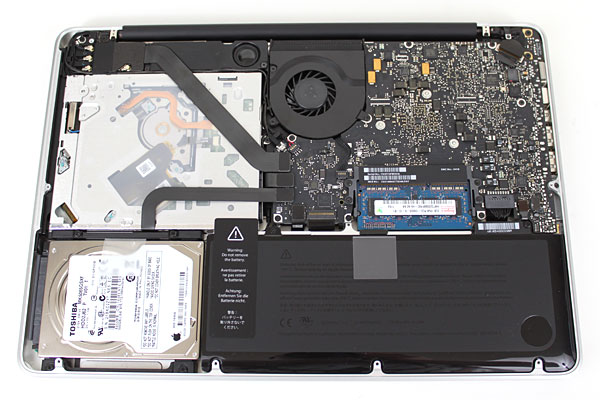 Lastly, I removed the bottom panel so I could see how the internal component were laid out and organized. Apple really crammed a lot into this unit, but there are pull tabs over all the upgradable hardware components including the system memory, hard drive, and battery. 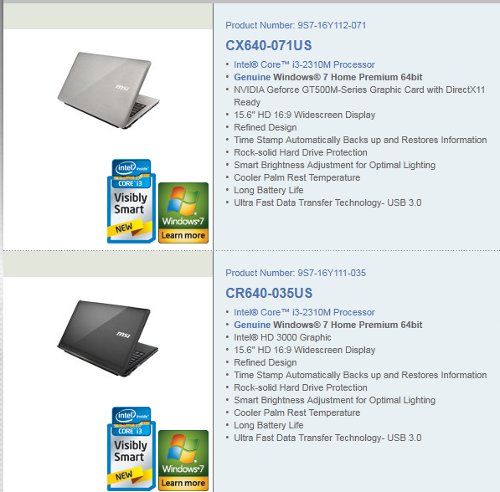