Redefining Mainstream Gaming Performance.
At the heart of the ASUS GTX550 Ti DirectCU are 192 CUDA cores along with a refined design offering substantial increases in performance while running cooler and quieter than previous generation products. This is allows the GTX550 Ti to have an amazing price to performance ratio as well as great performance to watt numbers. Compared to the previous generation GTS 450, the GTX 550 Ti provides on average 28% faster performance and 20% more performance per watt. 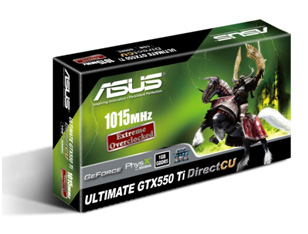 Great Overclocking Capabilities for a Superb Performance Experience  The GTX550 Ti continues in the tradition of recent NVIDIA GPU’s in offering a great overclocking experience for increased frame rate performance. ASUS takes this further with specialized designs and implementations such as the Award Winning Voltage Tweak that allows for on-the-fly adjustment to GPU Core voltage to extend overclocking abilities. ASUS GTX550 Ti DirectCU cards apply award-winning DirectCU cooling with all-copper heat pipes touching the GPU core directly for improved heat transference – running up to 20%* cooler than reference designs under full load. DirectCU has been designed to not only ensure cool operation but quiet operation under load meeting the needs of gamers with a design superior to the reference cards.

ASUS extends the already high performance of the GTX550 Ti by also releasing a pre-overclocked graphics card in our award winning TOP and ULTIMATE series. ASUS uses specially-selected and qualified TOP GPUs clocked at 975MHz and 1015MHz vs the core clock of 900MHz on reference designs. This ensures users an even better out of the box experience from ASUS.

Smart Doctor with Voltage Tweak!– Superior Controls and Maximum Overclocking
ASUS continues the tradition of offering superior graphics tweaking technology with our Award Winning Smart Doctor and Voltage Tweak technology. Users can easily make adjustments to options such as the fan speeds by adjusting a fixed value or defining fan ramp speeds based on temperature. In addition for users looking for the highest levels of performance Voltage Tweak is offered allowing out of the box adjustment of the GPU core voltage designed to increase overclocking headroom. Enthusiasts can take this even further by using the Overclocking Range Enhancement option for class leading overclocks. 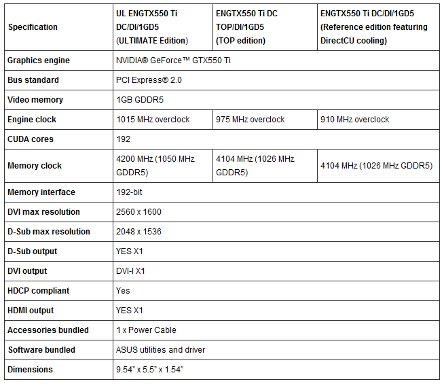 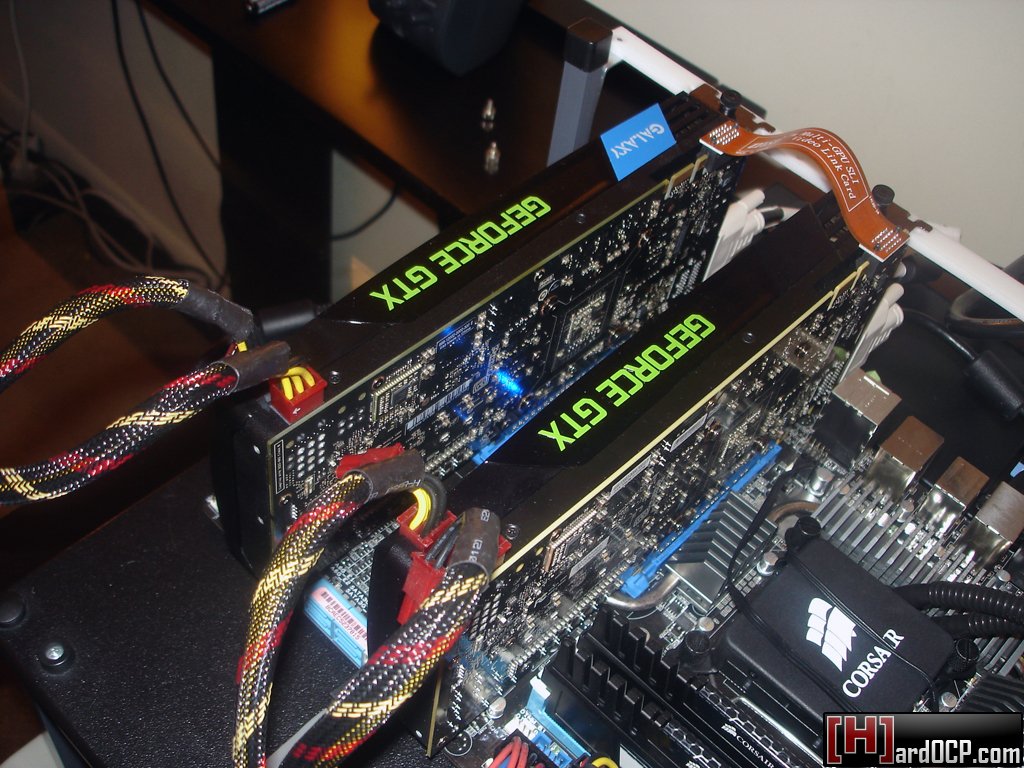