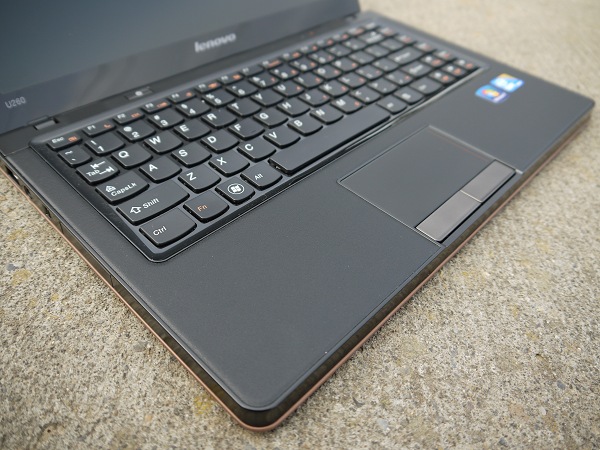 From a distance, the Lenovo U260 would be easy to mistake for a tall, slender book. This is a trait that Lenovo intended, and it’s accomplished by applying color to both the lid and the bottom of the laptop and also applying color to a thin ridge of plastic along the sides. Our review unit arrived in Mocha, and while I’d hesitate to call the laptop beautiful, it does have a minimalist allure.

This is only enhanced by the subtle, high-quality materials used to shape the U260’s exterior. According to Lenovo, the laptop’s lid is constructed from magnesium-aluminum. If that sounds familiar, it’s likely because Lenovo has used this in ThinkPad products for years. Lenovo has even gone so far as to give the U260’s exterior a similar texture to that of the ThinkPad line. The lid feels slightly soft to the touch, but the temperature and firmness assures you that it is sturdy. And put those terryclothes away – matte is the order of the day, a trend that Lenovo has been embracing as a means of standing out from the crowd of finger-print covered competitors. 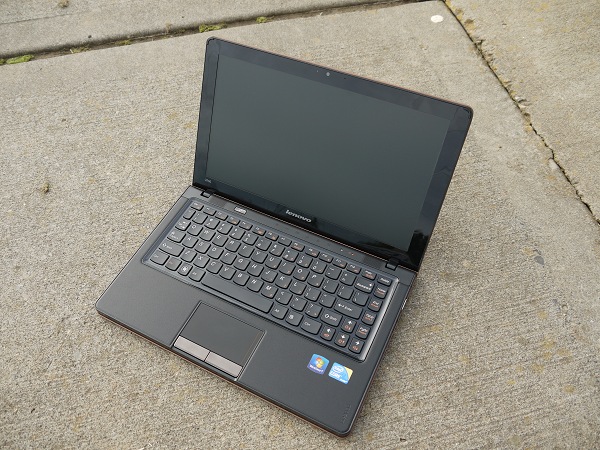 The interior of the U260 is no less impressive, although a bit drab, as virtually everything is colored in some shade of black. It would have been nice if a strip of color remained along the top edge, above the keyboard. This is a nit-pick, however, and I’m sure some would disagree.

Lack of color aside, the interior looks more luxurious than the price would suggest. Lenovo didn’t settle for just looking good, however. The palmrest is coated in a soft-touch material not unlike what you’d find on the dashboard of a fine luxury automobile. I’ve never encountered a material of this type on a laptop before, but now that I’ve felt it, I don’t want to go back. The velvety texture is smooth during a long typing session and conveys an impression of wealth and luxury far beyond what could be accomplished with a few splashes of color or chrome. 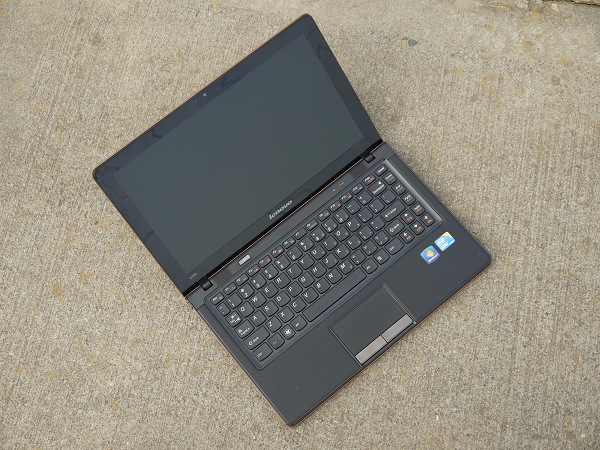 The only design issue with the U260 is user serviceability. The battery and everything else is locked down inside the laptop’s shell. If you want to mess with anything, you’ll need to remove a large number of screws and the entire base of the laptop. They’re not traditional screws, either, but instead the star-headed type. This is one trick from Apple’s playbook that I’d like Lenovo to keep away from. 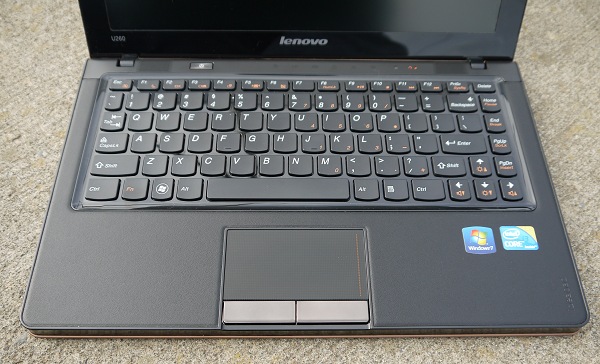 Although style is great, form too often follows function when slim-and-trim ultraportables are put into production. Even the ASUS U33JC suffered from a trackpad that was extremely average, and might have been better had its integration into the bamboo finish not been so important. Thankfully, the U260 doesn’t suffer from these same problems. In fact, the quality of the U260’s keyboard and trackpad is much better than what one would normally expect from a consumer laptop.

Let’s start with the keyboard. The 12.5” U260 isn’t exactly a large laptop – it’s certainly small enough to make keyboard layout a challenge. Thankfully, the Lenovo has managed to pack in an extremely comfortable and functional keyboard with island-style keys that are well defined but also large enough to accommodate the most gigantic hands. The layout of the U260’s keyboard puts a priority on the alphanumeric keys, keeping them large by way of shrinking the function keys, such as caps lock and backspace. This can be annoying now and then, particularly in the case of the backspace key, but by and large it is a worthwhile tradeoff. 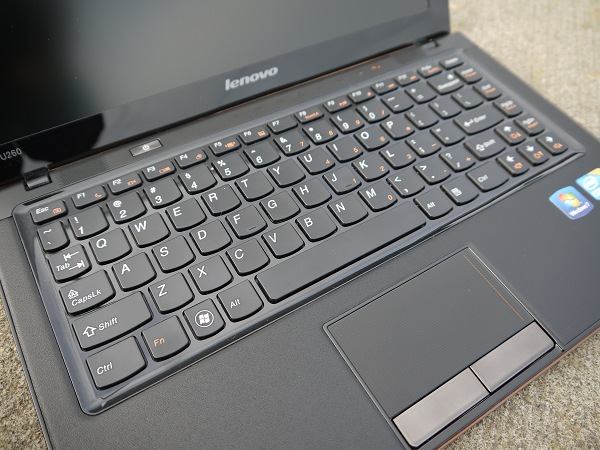 The quality is there, as well. Despite the laptop’s thin profile, the keys must be purposely forced down with some effort before any sign of flex appears, and even then the flex is hardly noticeable. The gaps between the keys are filled in with a glossy plastic panel, but the fit between the keys and the panel is so precise that you’re unlikely to have major problems with dirt finding its way inside. The keyboard is also spill-resistant, although it doesn’t have the same design as most ThinkPads, which typically include holes that allows fluids to drain safely.

Lenovo didn’t forget about the trackpad, either. It isn’t huge, but it does have a smooth glass finish that lends itself well to the use of multi-touch features. Points are also scored by the trackpad’s placement – the buttons are aligned along the bottom edge of the laptop’s interior and the trackpad is immediately above them. This design is comfortable and makes the most of the space available.