Our competition remains mostly unchanged from our previous article since neither Intel or NVIDIA have updated any of their product lines.


Unfortunately for us, there are like, 900 Intel Atom processors and testing all combinations of them with memory capacities, thermal limits and chipsets would take me a lifetime I just don’t have.  Plus, sitting through an Atom-class benchmarking sessions is like pulling teeth; a lot of very slow teeth.  Instead of just throwing my hands up in air though I think we found a good mix of hardware collections to compare to the AMD APU.

First up, we’ll be pitting the MSI E350IA-E45 against what is likely its stiffest competition, an Intel Celeron SU2300 CULV processor in combination with an NVIDIA ION chipset.  Our system of choice was the Zotac ZBOXHD-ND22 that includes all of the above in a nice mini-ITX package that you can pick up for $270 or so. 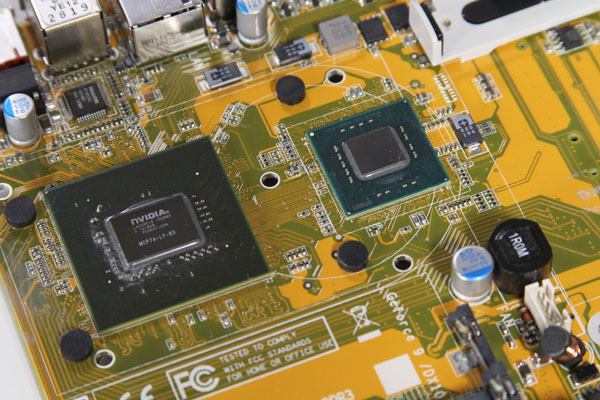 The Celeron CULV processor is based on older Intel technology but it well regarded as the highest performing of the “ultra low power” options currently on the market.  Competition between the Atom designs and the Celeron/Pentium CULV products has put Intel in a tough spot with pricing and performance comparisons that don’t usually favor the Atom brand.  As we are not interested with internal branding politics, it should put up quite a good fight against the AMD APU. 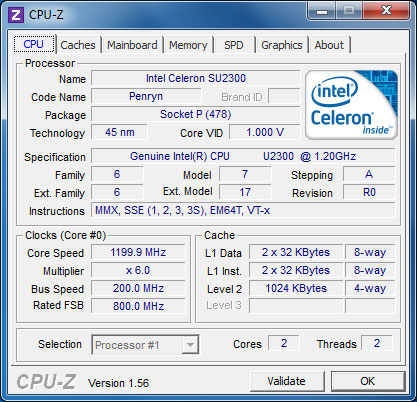 Since our system also includes the NVIDIA ION chipset, graphics performance will also be reasonable.  It is well known that the integrated G45-type of graphics on legacy chipsets is just awful, doesn’t support HD video decode acceleration and plays none of the modern games with any capability.  NVIDIA’s ION chipset/integrated graphics solution fixes this for Celeron/Pentium/Core/Core 2 CPUs but adds cost, heat and interference to motherboard design.  If AMD can offer similar performance without cost and headache, they have a good chance of winning over the OEMs. 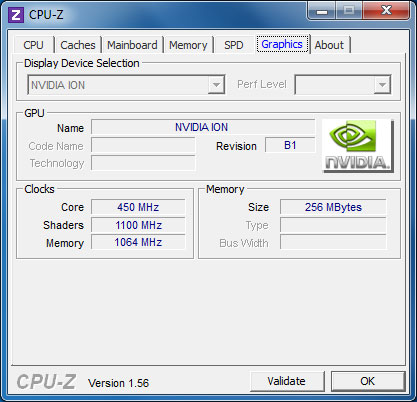 Obviously Atom has been getting a lot of attention over the past couple of years and for our comparison testing today we are looking at a part released early this year, the Atom D510 dual-core HyperThreaded CPU based on the Pineview core.  This CPU integrates both GPU and chipset features on-die and represents pretty much the most modern design for Intel’s netbook line.  (There is one exception, the N550 dual-core CPU that runs at almost the same speed with lower power consumption.)

Our test platform was actually a Shuttle all-in-one computer, the X50V2, that includes all of that with a touch-screen interface.  It is selling at Newegg.com and other outlets for about $380. 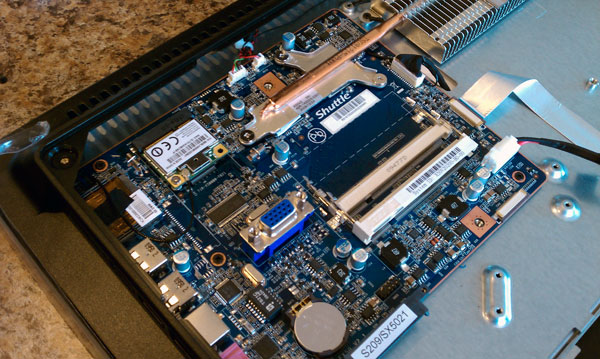 The inside of our Shuttle machine with the Atom D510 processor

For testing purposes we used an external monitor and disabled the internal display so as to avoid any additional power consumption in our comparisons.

This system does NOT include external graphics so we get the lowest possible power consumption and ease of design, but obviously the lowest performance as well.  It would seem obvious that AMD’s Zacate/Ontario parts are going to dominate this product in a head to head match up. 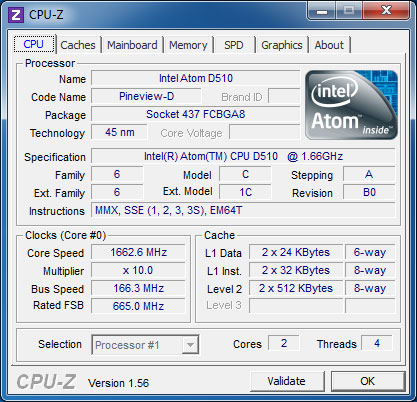 All systems were configured as similarly as possible including 4GB of memory (DDR2 on the Zotac and Shuttle machines, DDR3 on MSI E350 and original APU platform) and a Samsung 256GB SSD.  Here is a list of tests you can look forward to seeing on the following pages:
I think we have a good mix of modern applications and light netbook/notebook class tests that demonstrate the differences in these platforms.  Let’s get to the results!