NVIDIA is pitting the GeForce GTX 550 Ti GPU against the likes of the NVIDIA GTS 450 as well as the Radeon HD 5770 from AMD.  When looked at under those specific terms, the GTX 550 Ti is a good card as it is able to easily beat out the GTS 450 (as we expected with higher specs across the board) and competes very well against AMD’s budget options.  Unfortunately for NVIDIA, they didn’t seem to check out real-world prices before launching the GPU.

You can find the Radeon HD 5770 for about $129 ($20-30 less than the GTX 550 Ti estimated price); a price gap that is quite considerable in this price range.  And while the HD 5770 does fall behind the GTX 550 Ti, it isn’t by very much.  From NVIDIA’s own camp, the GTX 460 cards are still widely available and look like they are going to make a much better graphics card for users on a limited budget.  Even if we pin ourselves to the 768MB version of the card, the version we were previously opposed to, the performance gap between it and the GTX 550 Ti are much more noticeable while running at the exact same price.  If we took the 1GB version into account, the difference would have been even greater. 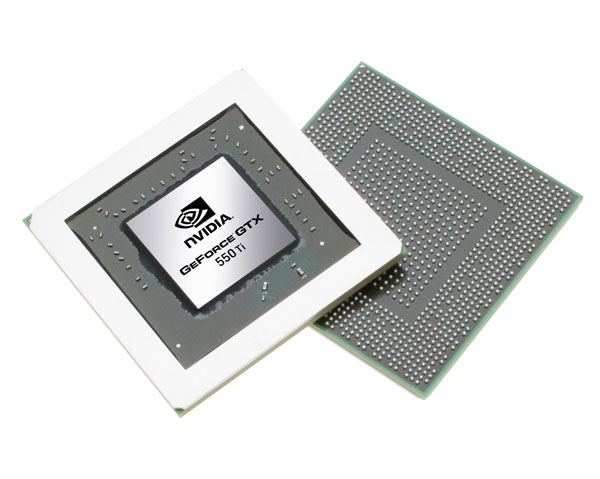 Finally, just to show our readers how a $20 investment can dramatically change things in the low-end GPU stacks, our Radeon HD 6850 1GB card comparison tests show a HUGE performance advantage over the GTX 550 Ti.


I think we have talked about this enough, but just to reiterate:
At $159, or even $149, I would find it very hard to justify going with the GTX 550 Ti or an overclocked version of it isntead of the GTX 460 cards widely available online today.  Eventually, yes, the GTX 460 will be killed off and all that will remain will be the GTX 500 series of cards leaving us with the GTX 550 Ti as *possibly* the best option.  It is also likely that prices on the GF116 cards will come down quickly enough for us to rethink these conclusions but as it stands now, the price on the GTX 550 Ti is stopping it from being exciting for us.

NVIDIA continues progress with the Fermi architecture by moving the GTX 500 series of cards down into another new price range.  Unfortunately, the previous generation of parts from its own lineup are keeping the card from looking as good as it could.  The technology is there and without a doubt it is faster and better than the GTS 450 card that it is replacing in the stack.  However, the GTS 450 is no longer in the $140 price range but rather can be found for well under $100.  Going against the AMD Radeon HD 5770 and the NVIDIA GTX 460 cards shows that while the GTX 550 Ti can keep up, it doesn’t stand out among the crowd like NVIDIA hoped it would.

If you can find the MSI GeForce GTX 550 Ti Cyclone OC model on sale for $130 or so then it would make a great budget graphics card with an impressively efficient cooler that provides low noise levels and added room for overclocking.  If prices stay as advertised out of the gate, we recommend sticking with the other options for now.