I dropped WoW for LOTRO, as this particular MMO has fairly robust DX11 support.  The highest settings were used with 4X AA and 16X AF. 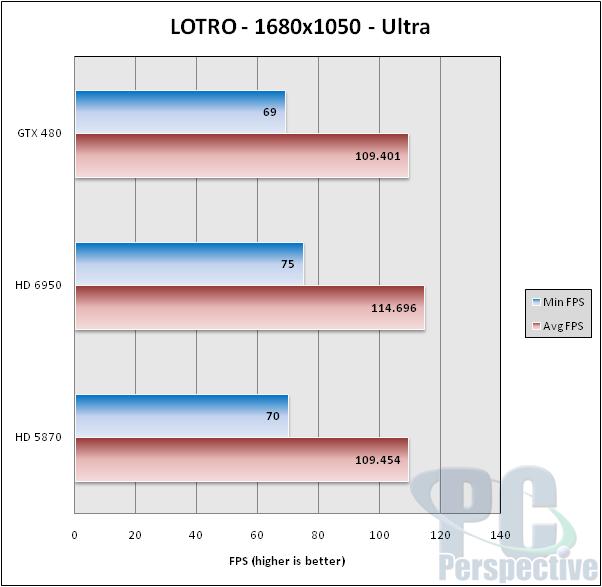 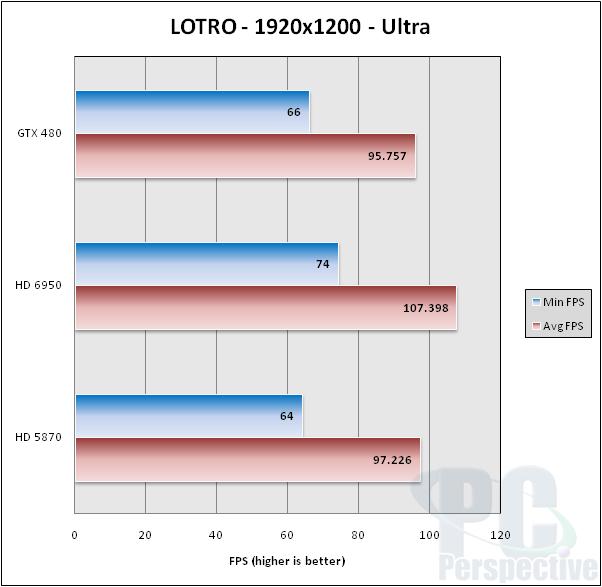 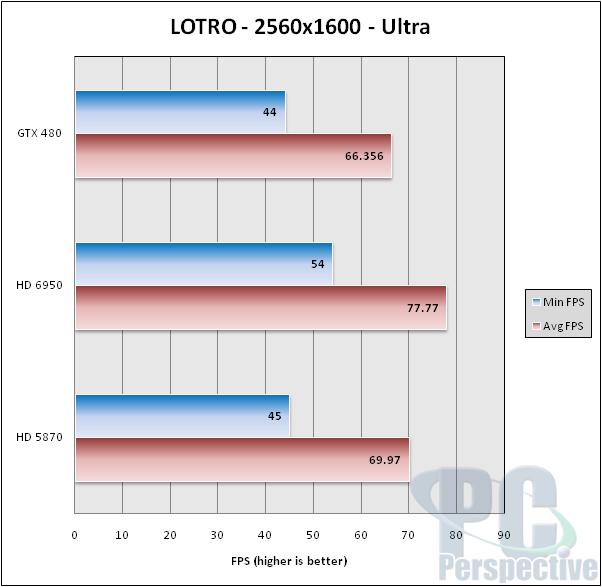 The HD 6950 takes a measurable lead here over the two older cards.  The most impressive results were those at 2560×1600.  It was noticeably smoother than the other two cards in actual gameplay.

Even though Crysis 2 has launched, Metro 2033 is still the most advanced game engine around.  And certainly one which will make any system sweat.  Very high settings were enabled with DOF disabled.  4X AA and 16X AF are enabled. 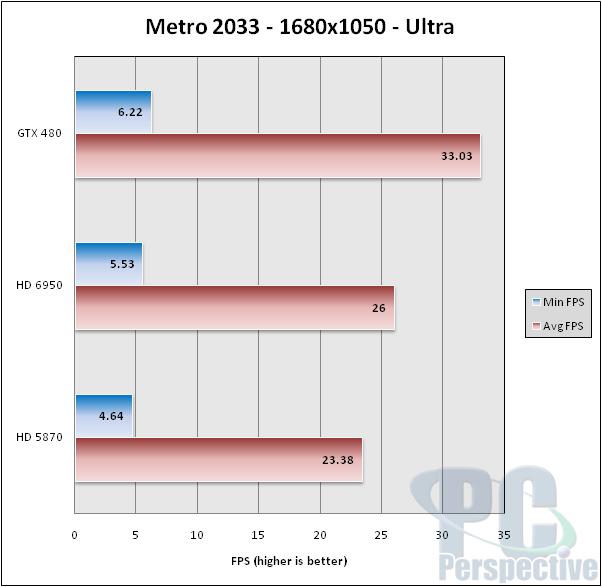 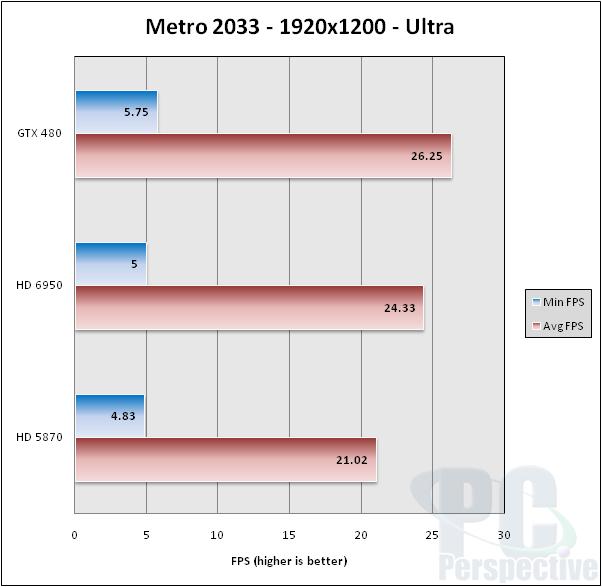 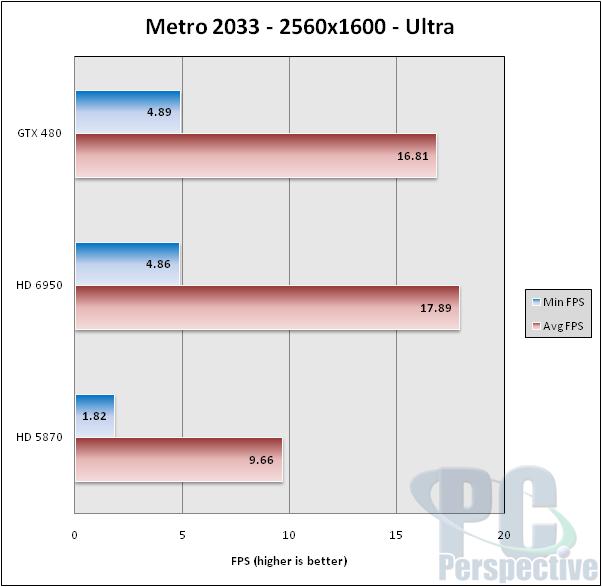 At the lowest resolution we see the GTX 480 take a hefty lead, but that evaporates as the resolution climbs to 2560×1600.  The poor HD 5870 has a hard time keeping up at the highest resolution.

The Frostbite engine which power Battlefield: Bad Company 2 is fully DX11 enabled, and while it does not add any visual advantages over DX10, it does run more efficiently (and therefore faster) than just in DX10 mode.  High settings with 4X AA and 16X AF enabled with HBOA disabled. 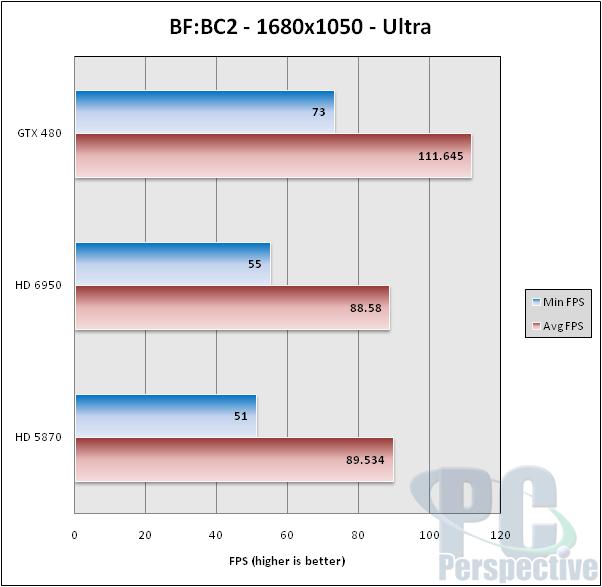 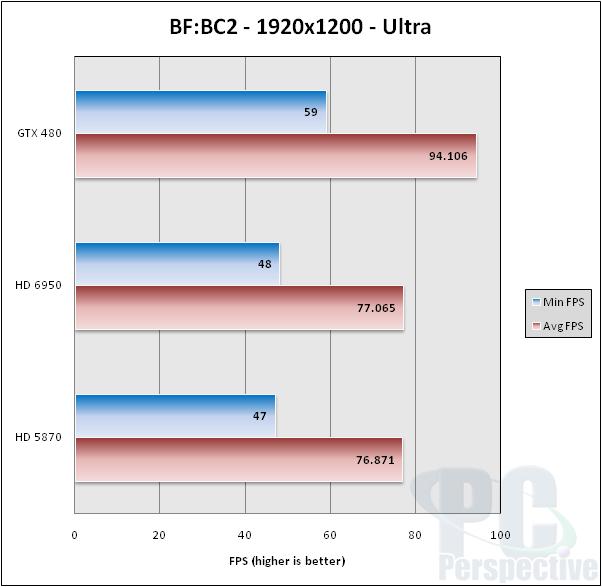 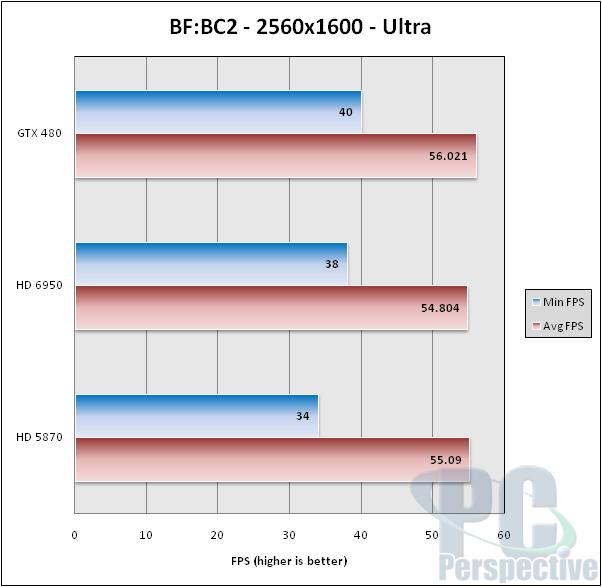 Again we see at the higher resolutions the NVIDIA card has an advantage, but once the resolution ratchets up the three start to perform at nearly identical levels. 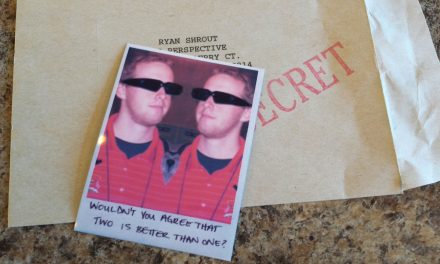 Getting the most from your graphics 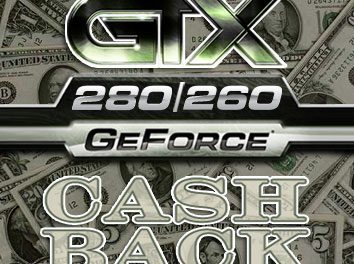