With a clock speed set at 607 MHz, I didn’t have high hopes that we would find much headroom on the GTX 590 for overclocking.  After all, if NVIDIA thought the GPUs were capable of higher speeds (and thus a better positioning against the Radeon HD 6990), they would probably have done it. 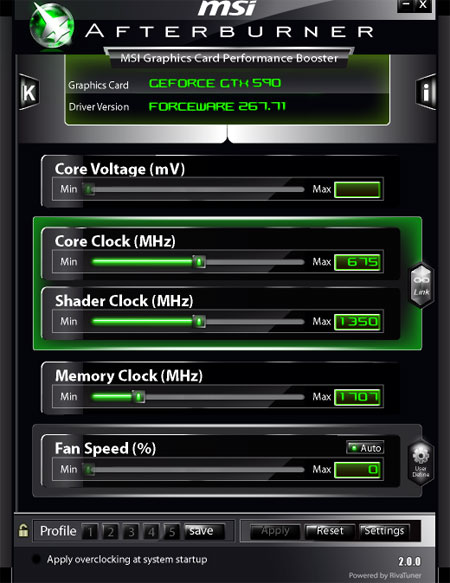 As it turns out I was able to get a pretty sold 68 MHz or so boost, an 11% increase in the core clock and shader clock speeds, though even with my best efforts I could not reach the 700 MHz level.  How did this affect gaming performance? 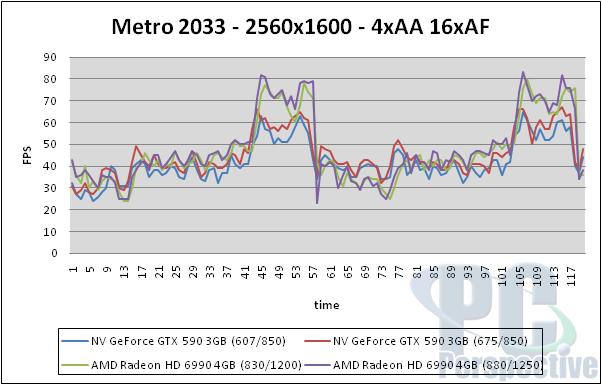 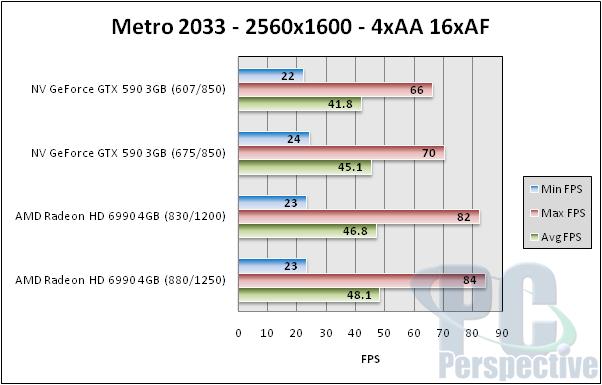 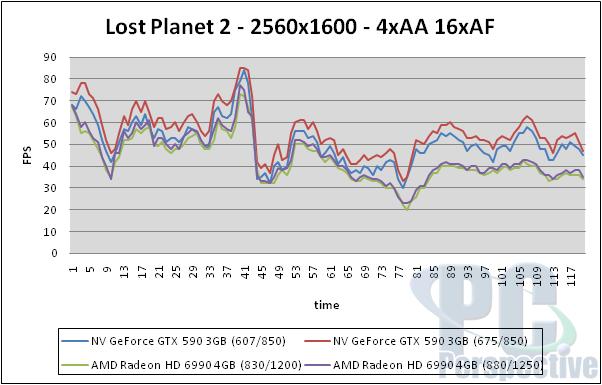 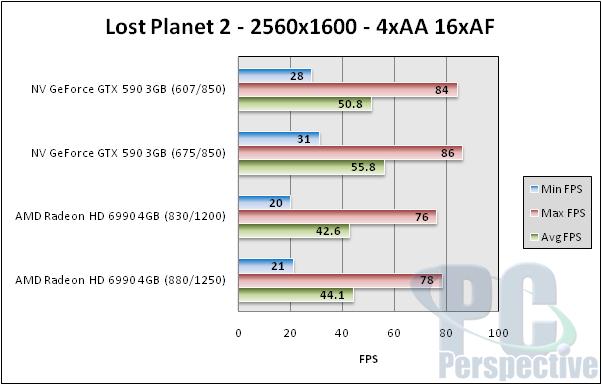 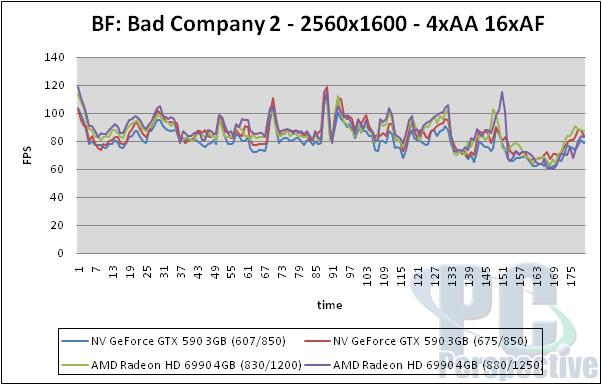 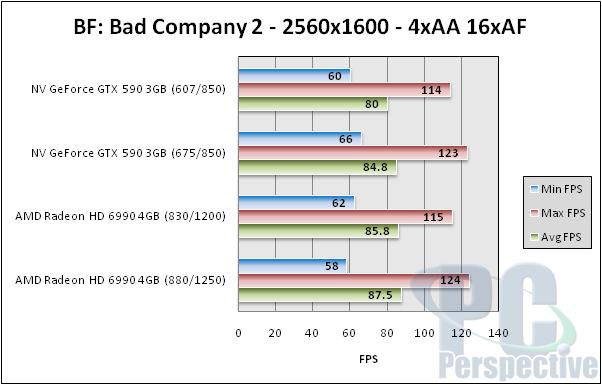 The performance gains were definitely worthwhile and resulted in 8%, 10% and 6% overall gains in the average frame rates in these three games at 2560×1600.  Noise levels and temperature didn’t increase much either over the results seen on the previous page which leads me to believe we are hitting the limits of power consumption for many of the components on the PCB itself.

More hardcore overclockers that want to get into voltage modifications and the like will be able to stretch more out of the GTX 590 though for the casual gamer, I think these results are indicative of a pretty-good-case scenario.

Out of the mouths of Booth Babes