Lets first look at the performance of the GeForce GTX 590 when compared to its arch nemesis, the Radeon HD 6990.  Both of these cards are of the rare breed: $700 for a pair of the best GPUs each company can offer running SLI/CrossFire on a single PCB.  In our testing, there seems to be a prevailing pattern that the GTX 590 can’t quite shake; in most cases the GeForce GTX 590 is faster than the Radeon HD 6990 at the lower resolutions of 1680×1050 and 1920×1200 but it either ties or falls behind the performance of the HD 6990 at the top resolution of 2560×1600.  Now, I know you might be saying “Ryan, not many gamers have 30″ panels that require that kind of resolution” and I would agree with you.  However, these cards are built for and target the extreme enthusiast gamer and many of those WILL have those kinds of monitors or are going to planning on getting one.  And don’t forget Surround/Eyefinity testing: even though the 2560×1600 resolution isn’t a direct indicator of performance in that configuration, the more pixels the cards are rendering the more power it is going to take.  A 30-in monitor renders at about 4M pixels; a three panel 5760×1080 screen is 6.2M pixels.

If you are considering one of these new dual-GPU options, then you need to consider if you are comfortable running at the 1920×1200 resolution with that much power, and if you are, then either the GTX 590 or HD 6990 is going to fit the bill nicely.  If you are running at higher resolution than that then our results point towards the Radeon HD 6990 being the better choice. 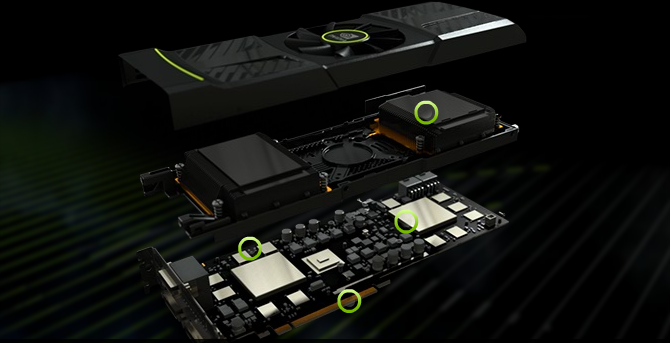 When we look at the other comparisons, notably the SLI GTX 580s and GTX 570s and the CrossFire HD 6950s, we see some more interesting performance data.  As I expected, the GeForce GTX 580s in SLI were far and away the faster configuration when compared to the GTX 590.  Even though both are using a pair of 512 CUDA core GPUs, the 27% clock rate increase and faster memory clocks on the GTX 580s give it a really strong lead.  More interestingly I found that even the GeForce GTX 570 cards running in SLI put up a good battle with the GTX 590 even though they have only 480 CUDA cores per GPU (and run at 732 MHz).  Cost wise, the two solutions are very similar so I don’t think the GTX 590 should get a knock here though if you already have a single GTX 570 it is worth noting you would be better off upgrading to SLI rather than a single GTX 590.

Let’s not leave out the pair Radeon HD 6950 cards in CrossFire, with a price of just about $550 ($150 less than the GTX 590) are able to perform quite well in comparison to BOTH the GTX 590 and the Radeon HD 6990 single card solutions.  I mentioned this same configuration in our HD 6990 review a couple weeks back but it bears repeating that these mid-range enthusiast graphics cards still have a lot of life in them for users needing top performance.


Features
Probably the best feature of the GeForce GTX 590 is its ability to use four monitors at one time and to support three dual-link DVI connections with the need for active adapters and dongles.  We have become accustomed to the great flexibility that AMD users get with support for three displays on every graphics card, 5 on the Radeon HD 6990 and even 6 on the older Radeon HD 5870 Eyefinity Edition, and we are glad to see NVIDIA is finally entering that realm.  Of course, technologically speaking they haven’t changed anything – this is just one of the side benefits of having a pair of GPUs on the GTX 590. 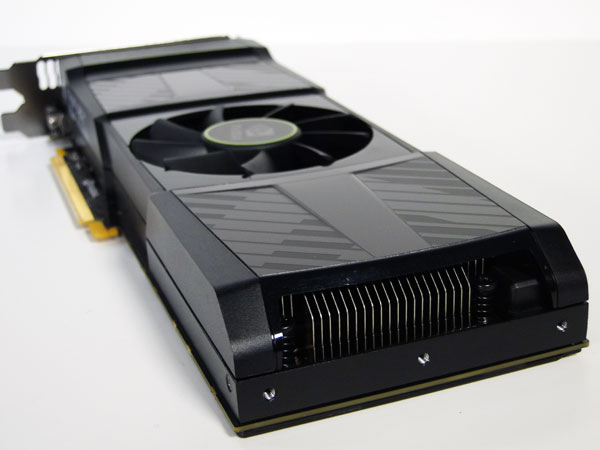 The design on the GTX 590 is also better than that of the Radeon HD 6990 in my opinion as it is not only better looking and smaller (thus fitting into a larger array of systems and chassis) but quieter even while using more power.  For those of you that aren’t noise junkies that might not matter but keep in mind that a 10 dB difference is a HUGE amount in a logarithmic scale – a difference of 10db equates to a sound about twice as loud.

The GeForce GTX 590 and the Radeon HD 6990 are both going run you a cool $700 – not a small investment in your PC, that’s for sure.  The way I see it, either you are interested in these cards already or you aren’t, so if you aren’t we don’t find any reason to suddenly move you into that market.  If you are looking for a way to spend $700 or you just simply want the fastest hardware on the market, then both of these cards are very good selections.

Obviously the fastest tested solution, the GTX 580s in SLI, are $1000 so they aren’t quite in the same realm as either the GTX 590 or HD 6990.  The pair of GTX 570s though compete favorably with both options and perform similarly as well.  If you are starting from scratch, I would lean towards the single dual-GPU card though as that allows you more flexibility down the road and takes up less space in your system.  If you have either a Radeon HD 6950 or GTX 570 in your PC now, then upgrading to a second one will keep you in the same playing field as anyone running a GTX 590/HD 6990. 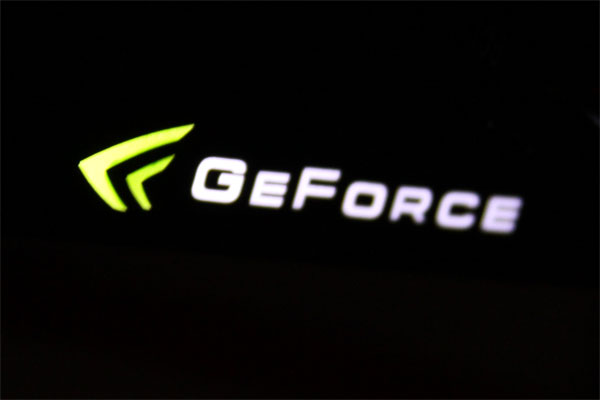 There have been a couple rumors floating around that the GTX 590 3GB card is going to be hard to find at launch and that very few are going to be produced.  I have no reason to think this premise is true or not, it is just something we will have to see over the weeks and months.  So far, the stock of the Radeon HD 6990 has been pretty good though we haven’t really liked the higher prices they have been selling at.

NVIDIA’s new flagship graphics card, the GeForce GTX 590 3GB, is without a doubt the fastest NVIDIA product we have ever tested and competes in the super-high-end market very well against the Radeon HD 6990 4GB.  The downside to this release is that quite clearly the GTX 590 isn’t up to the task of beating the performance of the HD 6990 at the highest resolution tested, 2560×1600.  At both 1680×1050 and 1920×1200, the GTX 590 was either better than or equal to the results from AMD’s new flagship.  The problem as I see it is that most users willing to shell out the $700 for either option are more likely to be planning for a 30-in panel or an Eyefinity/Surround monitor configuration than they are comfortable sticking at the 1080p single display resolution.   If my hypothesis is true, then most will lean towards the Radeon HD 6990 than the GeForce GTX 590, all else being equal. 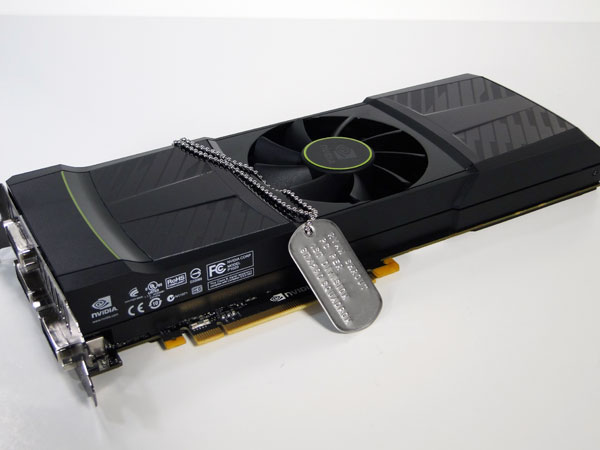 It is painfully obvious that by dropping the frequency from 772 MHz down the 607 MHz, NVIDIA was forced to limit performance of its dual GF100 product to a point where it couldn’t quite best the HD 6990.  This is despite the fact that the GTX 580 is much faster than the Radeon HD 6970 in the single GPU card battle.  If NVIDIA were capable of raising the GTX 590 clock speeds without throwing away any pretense of power consumption efficiency, they no doubt would have to retake this crown.  Unfortunately for all of us, they are still apparently incapable.

This doesn’t take away from NVIDIA’s impressive engineering and higher quality construction (not to mention that cool LED light!) though I think it will be a harder sell for the GeForce GTX 590 3GB than NVIDIA had expected.

Be sure to check out our video comparison between the GeForce GTX 590 and the Radeon HD 6990 here!