Sure, AMD impressed everyone with the recent release of the Radeon HD 6990 4GB dual Cayman GPU graphics card, but we all know that NVIDIA is going to respond with the GTX 590 dual-GPU card at some point.  But it looks like the gang at EVGA are tired of waiting as well and went ahead and built a combo-card that puts a pair of GeForce GTX 460 GPUs on a single PCB.  Yes, 460s not 560s – obviously this a project that was made cheaper by using the widely available previous generation components.

EVGA is promoting the card as the first NVIDIA solution to support 4 monitors and NVIDIA 3D Vision Surround technology with just a single card.  The "GTX 460 2WIN", a name that I can’t quite decide is humorous or shameful, is not yet available, doesn’t have a price but still tickles our fancy. 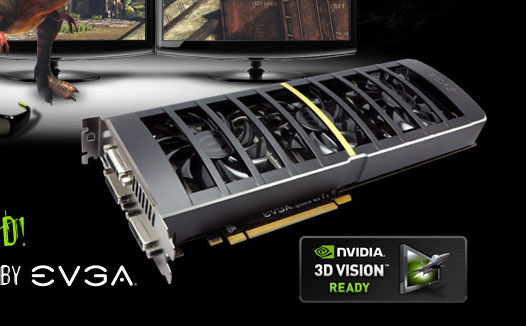 The PCB design is 11.5-in and is just a half inch short of the HD 6990 and HD 5970 cards from AMD in terms of length.  The cooler looks like it is using a set of three fans and hopefully they are able to run at a low noise level. 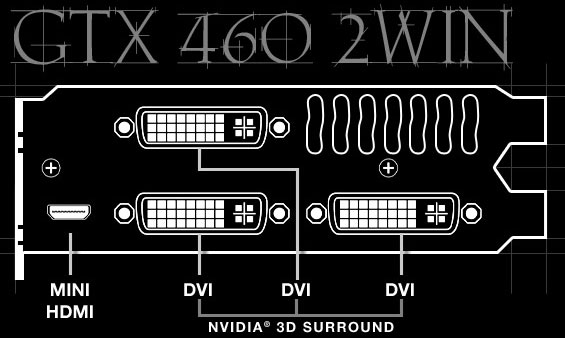 The output configuration consists of three dual-link DVI connections in order to support triple panel gaming in both 2D and 3D formats.  A single mini-HDMI connection completes the support for four total monitors on the card.  The small output for air flow exhaust does kind of concern me as I know that running a pair of GTX 460 GPUs is going to create some significant heat likely meaning much of that heat will be sent back into the case rather than out the back of your computer.  We’ll have to wait to get some hands on time with a card in the near future to see how it actually performs. 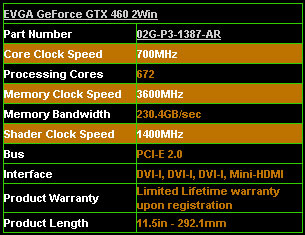 Speaking of performance, the EVGA GTX 460 2WIN card will come with 2GB of GDDR5 memory running at 3600 MHz and a core clock of 700 MHz which is just over the original 675 MHz reference speed.  So these are NOT underclocked components to make temperatures fit into a smaller form factor.

There a couple of quick performance numbers on the EVGA product page, including this one above that shows the performance of the GTX 460 2WIN against a single NVIDIA GeForce GTX 580.  The graph definitely is made to enlarge the appearance of the gap between these two options, since at ~5750 for the GTX 580 and ~5950 for the GTX 460 2WIN, the delta is only about 3.5%.

Without a doubt, whatever the upcoming GeForce GTX 590 turns out to be, it will be faster than the GTX 460 2WIN EVGA has designed.  Still, we are glad to see new products that aren’t simply reproductions of reference models and we hope that EVGA can price the card properly to make it a compelling card in the grand graphics card market. 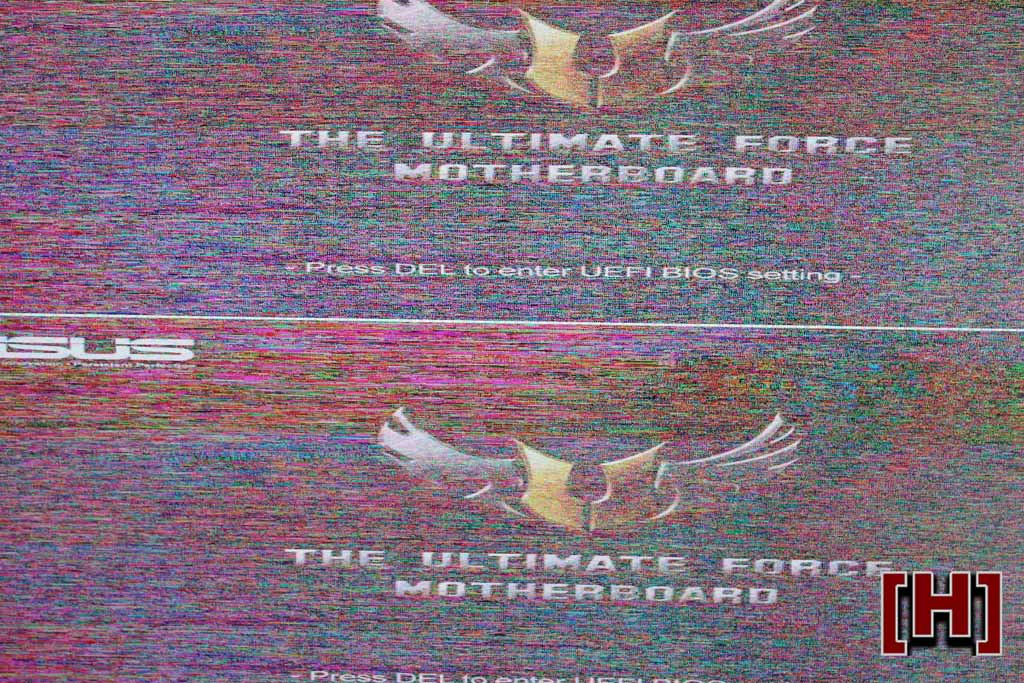 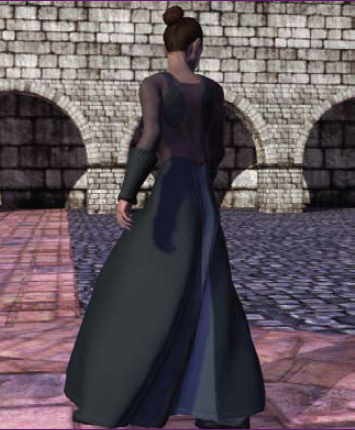