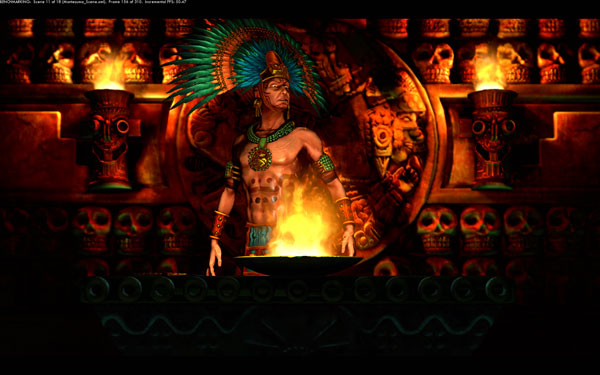 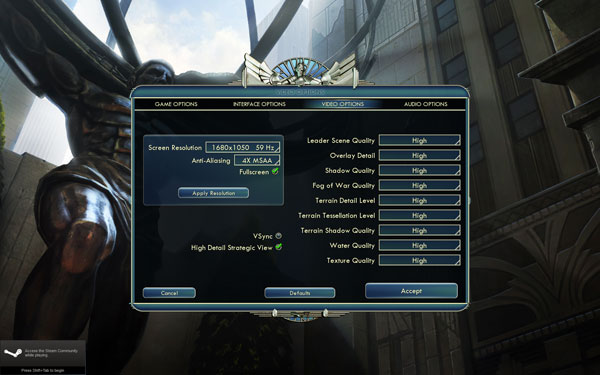 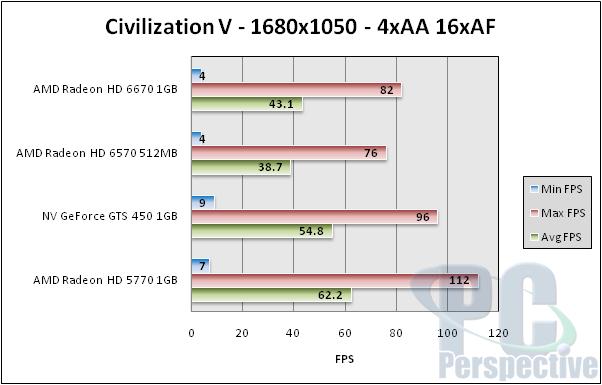 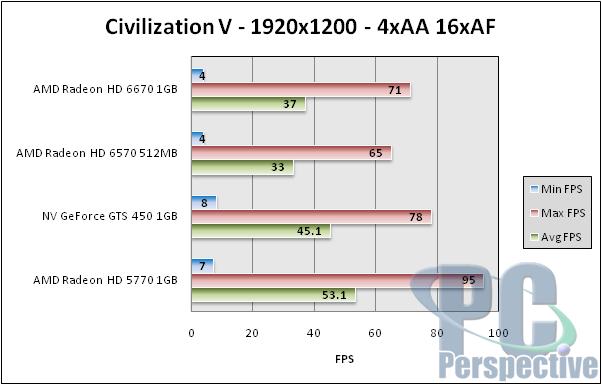 It looks like Civilization V has a much better showing for the two new cards as they are nearly able to keep up with the HD 5770 and GTS 450 and are able to produce high quality game play at 1920×1200.