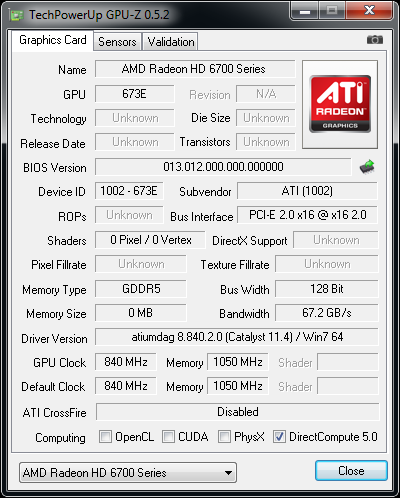 
The Radeon HD 6790, with its estimated MSRP at launch day of $149, is going to be going up against nearly the same competition as the GeForce GTX 550 Ti did just a few short weeks ago. In fact, okay, it’s identical.  The ~$150 price market is getting more and more crowded – both a good thing for consumers and a confusing thing.  To try and sort it out we have a good mix of NVIDIA and AMD hardware to look at:
The most obvious competition to the HD 6790 is the Radeon HD 5770 and the GeForce GTX 550 Ti though the odd man out is the aging, yet still widely available GeForce GTX 460 768MB card.  With a price of $149 at various online locales, it still makes for an interesting discussion point in our testing.  Even more interesting is the fact that NVIDIA brought this option up to us in an email just before publication (after we had already decided to test with it) and mentioning the price drop on the GTX 550 Ti.  It seems that SOMEONE at NVIDIA got the memo on how this business works.