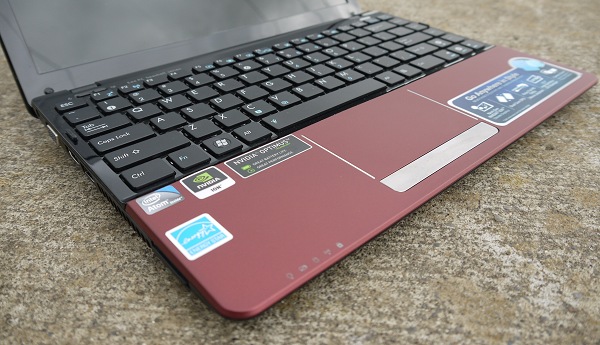 Although a 12.1” display isn’t particularly large, it forces the use of a much larger chassis than your typical netbook with a 10.1” display. In my experience, a well-designed 12.1” netbook or ultraportable is as pleasant to use as any laptop, and the ASUS Eee PC 1215N is a prime example.  ASUS makes use of every inch of the available interior space, and the results of their efforts are clear; the 1215N’s keyboard is as wide as the keyboard on my MacBook.

It’s not a flawless execution, however. The main problem is key size, which is smaller than I would like. Although this makes it easier to navigate the keyboard thanks to the improved tactile feel between keys, the keys could probably be wider without losing quality in that respect. The other problem with the keyboard is flex; it’s not as bad as the ASUS N53 we recently reviewed, but it is noticeable if you type with a bit too much vigor. These flaws are minor, however. Overall, this keyboard is enjoyable even when used for hours at a time. 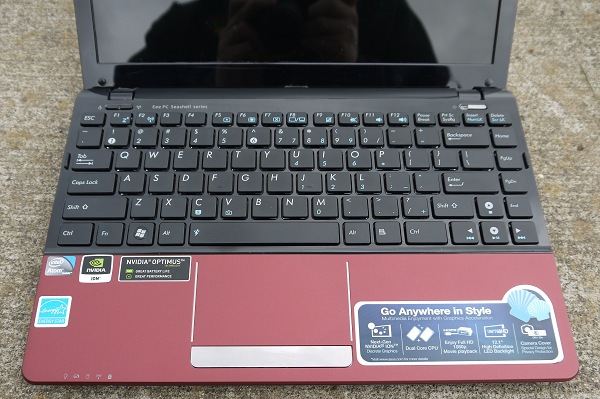 The 1215N’s touchpad is as large as what you’ll find on many 15.6” laptops. ASUS has gone with a minimalist approach by integrating the touchpad with the material of the surrounding palmrest, but they’ve also made sure that there is a definite tactile border on each side. Better yet, the touchpad actually responds quite well to multi-touch gestures. I found it easy to scroll through web pages and zoom in to documents. Most netbooks fail terribly in this area, but the Eee PC 1215N beats not only most other netbooks, but also a significant number of much larger laptops.

My only problem with the touchpad is the buttons. As anyone who has read our reviews knows, I’ve been a bit of a broken record about the rocker-style buttons ASUS has been using on most laptops. Although they certainly look good, they suffer from poor tactical feedback and a somewhat cheap feel. I somewhat doubt ASUS will turn away from this design soon, but a guy can hope, right? 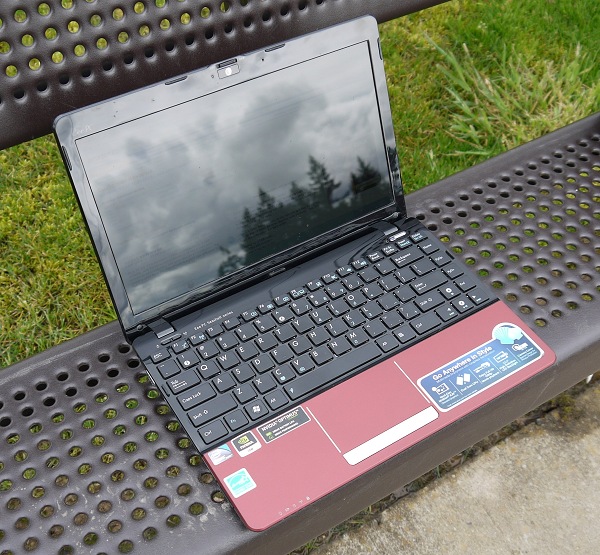 The display on the ASUS Eee PC 1215N isn’t bad for a netbook, although it’s generally average overall. The black level and contrast performance appears to be about the same as most laptops, though the white saturation is actually a bit better than what I’ve seen in several recently reviewed units. 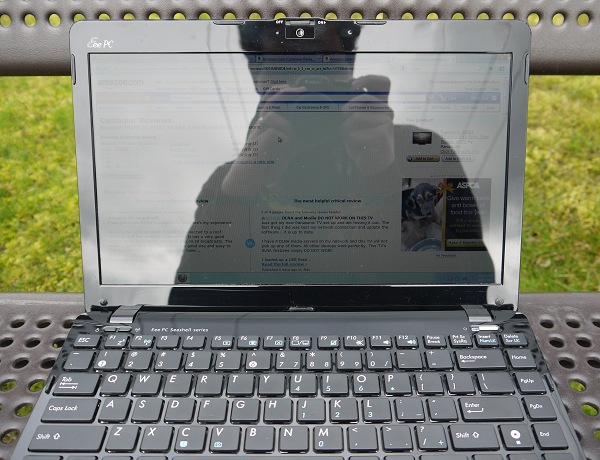 Gloss is a problem, however, when combined with your typical TN-panel viewing angle issues.  Simply tilting the display a few degrees can drastically change the appearance of an image, and you’ll usually have to take a moment to find the display’s “sweet spot” when you first sit down. The backlight could be brighter, as well. Using the 1215N in a sun-lit room can be a pain; using it in sunlight is nearly impossible.

Audio performance is the big surprise of the Eee PC 1215N because, unlike most small laptops, it is extremely good. In fact, the ASUS Eee PC 1215N has one of the best audio systems I’ve ever encountered on a netbook. While there are certainly limits to what this netbook can offer, it is generally capable of reproducing music with minimal distortion at a reasonable volume. That’s more than can be said for most netbooks sold today, and the audio quality could be a major selling point for some buyers. I know that during my days as a student I would have appreciated owning a netbook capable of playing music without turning the bass into a mess of static and noise.