I started from scratch with a new Win 7 Ultimate 64 bit OS install and updated it as needed.  The board was given a burn in period to make sure that it was not going to fail in the first few hours of life due to a manufacturing defect.  Resolution was set at 1280×1024 @ 32 bits.  All video card control panel settings were left at default except for “texture quality” which was set at “High Quality”. 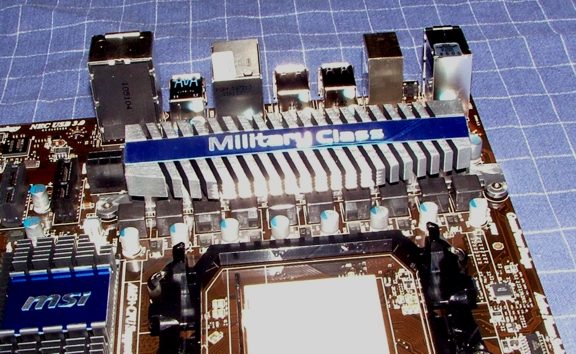 Here we have a good look at that 8+2 DrMOS power setup providing the much needed juice for the CPU and memory controller.  Just pretend the picture is HDR.  Note the smattering of solid CAPS and Hi-C caps (tantalum!).


The only change I made to the install was the use of the very latest AMD AHCI drivers dated Jan, 2011.  I left the other boards with the slightly older Oct. 2010 version, as I was curious to see if there have been any advances in drive performance due to a combination of firmware and software from AMD.

Current AMD and Intel motherboards typically have very little differentiating them in terms of performance.  With the inclusion of the memory controller onto the CPU, overall performance now shows very small variances as compared to when VIA/ATI/ALi/SiS/Intel/Opti and others designed competing chipsets.  At most we see some variances in I/O performance, but unless something is very wrong most CPU and video card results are pretty similar to within a few percentage points of each other.
SiSoft Sandra 2010

The primary goal here is to make sure that CPU performance is consistent between the different boards, as well as seeing how well the boards handle memory and I/O transactions. 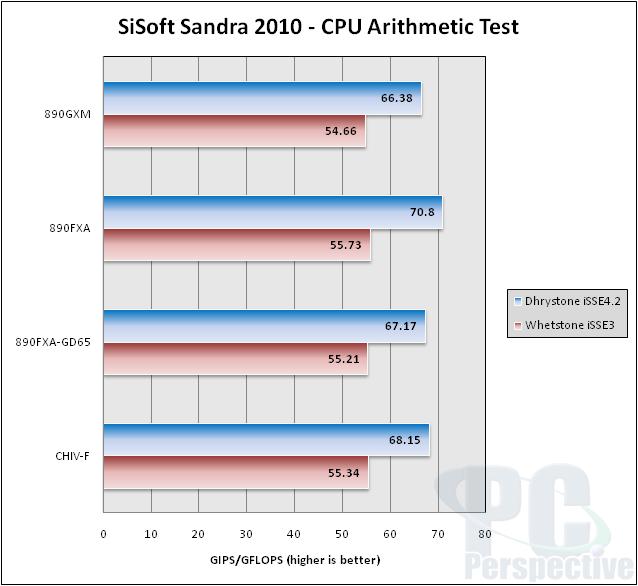 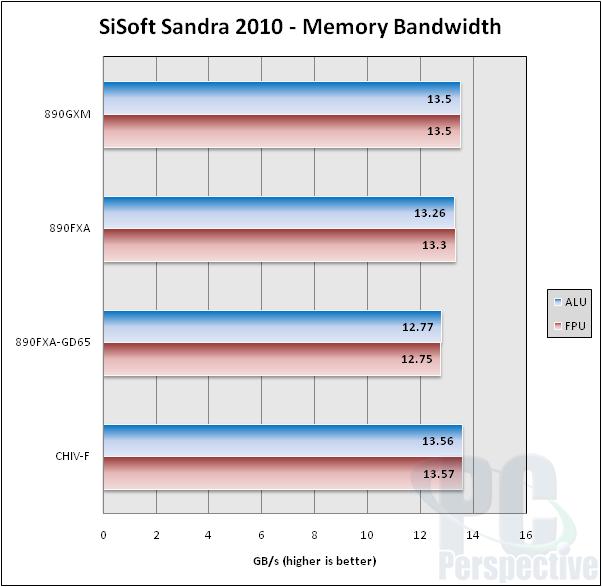 In terms of CPU performance, all the boards are well within range of each other.  There is no discernible difference in overall performance in this particular benchmark.  Memory performance does fluctuate a bit, with the 890FXA-GD65 being the slowest of the bunch.  Now onto the file system tests. 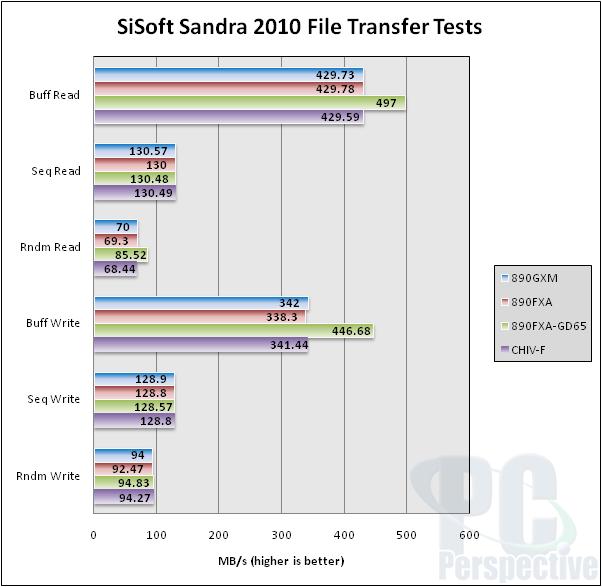 There certainly does appear to be some changes here.  AMD apparently has been hard at work to improve their SATA 6G performance, and even though I do not have a SSD to really make it stretch out the legs, the improvements on even this particular spinning drive are appreciable.  Buffered read and random read both get a big boost.