Currently the NEC USB 3.0 controller is the only product being used on motherboards for USB 3.0 duty.  We expect to see some native USB 3.0 controllers this summer from AMD, but interestingly enough those were developed in conjunction with NEC/Renesas.  Still, there are quite a few different firmware revisions out there for these chips, and they could exhibit very different implementations between boards. 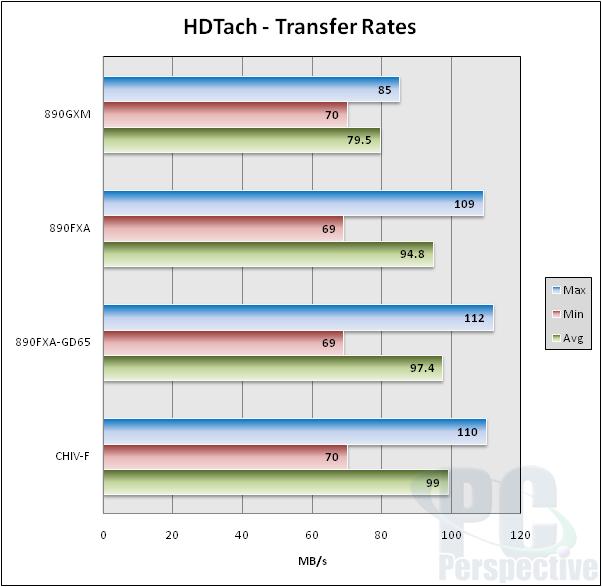 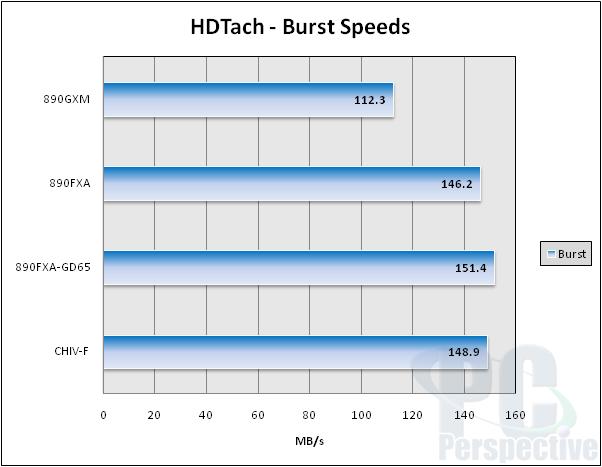 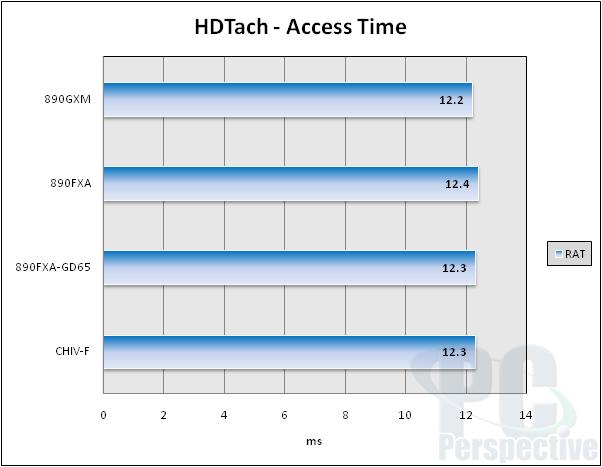 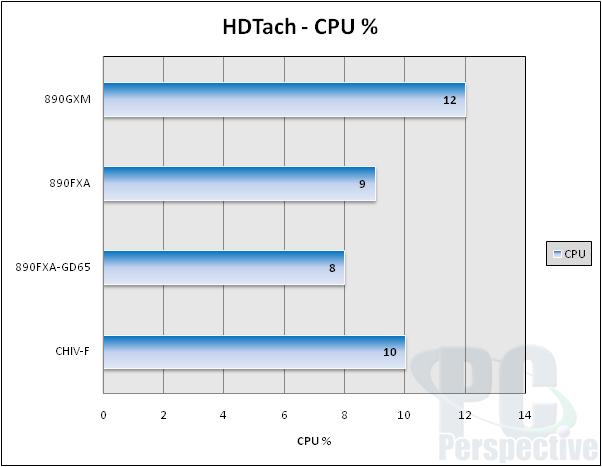 The 890FXA-G65 is again among the high end when it comes to performance.  All of these boards feature the same NEC USB 3.0 chip, albeit likely a few different revisions thrown in there.

To make sure that the core logic PCI-E connection is working effectively with the video card, we include the 3D Mark Vantage test.  We do not expect to see much variation here, but if there is then we know that something terribly wrong is going on. 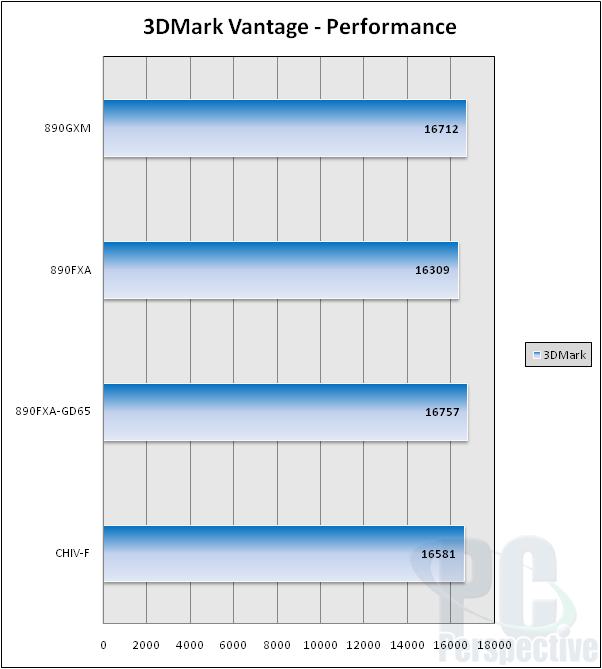 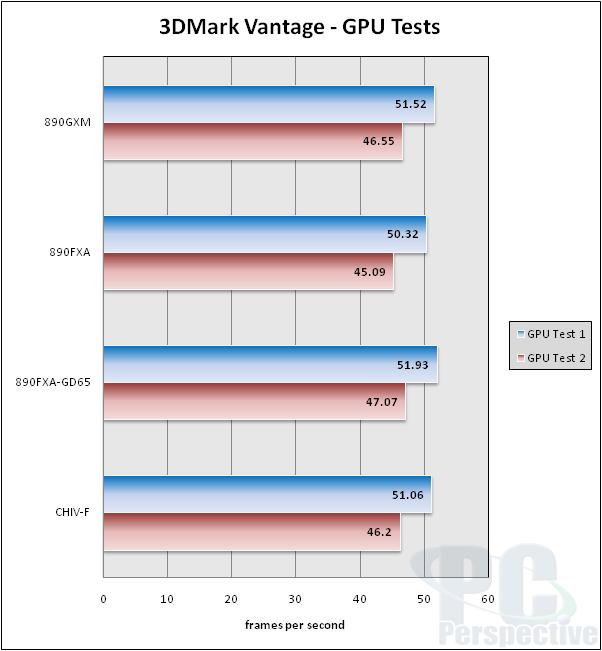 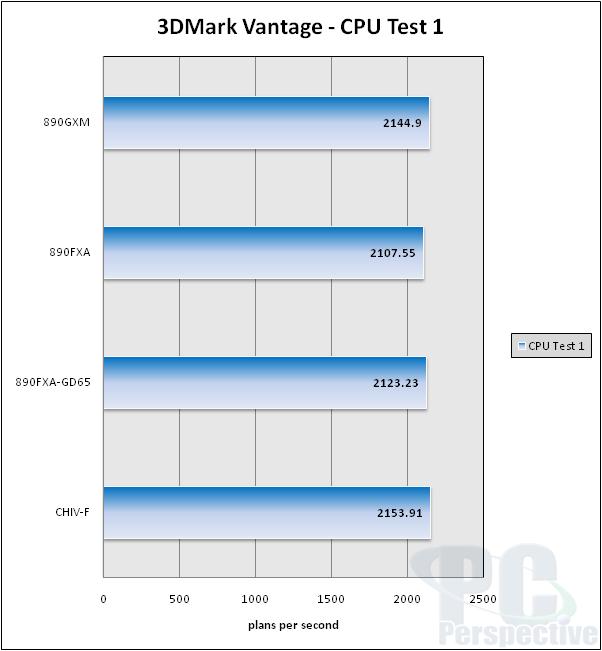 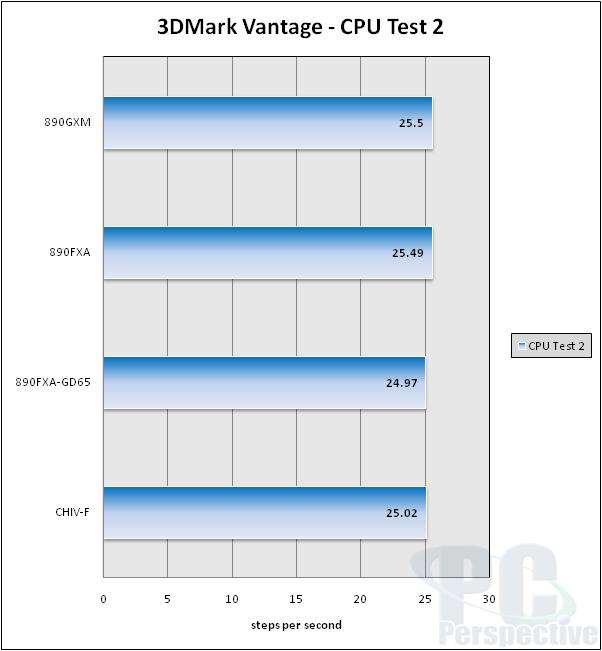 That was not very exciting.  But it is a good sign that everything is working as it should when it comes to the graphics subsystem performance on these boards. 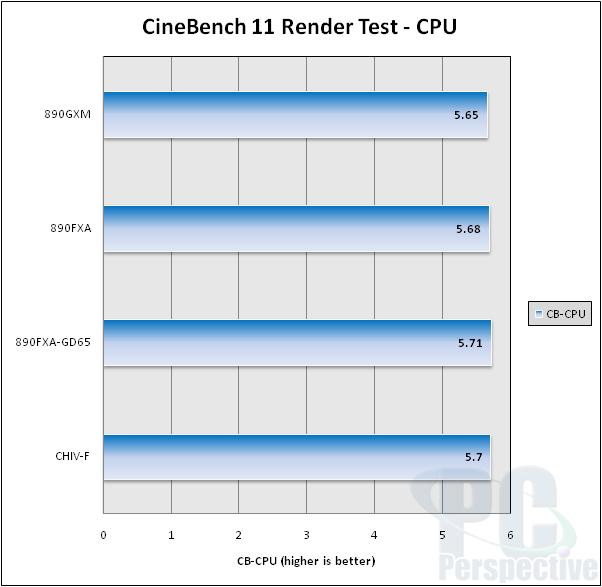 All results were essentially the same here, with no significant variation.