SiSoft essentially benchmarks theoretical performance of a processor, which is fairly representative of a CPU’s performance in a well optimized application.  The latest Intel processors do very well in traditional integer and MMX, while AMD seems to be pretty competitive in floating point and SIMD/FP scenarios. 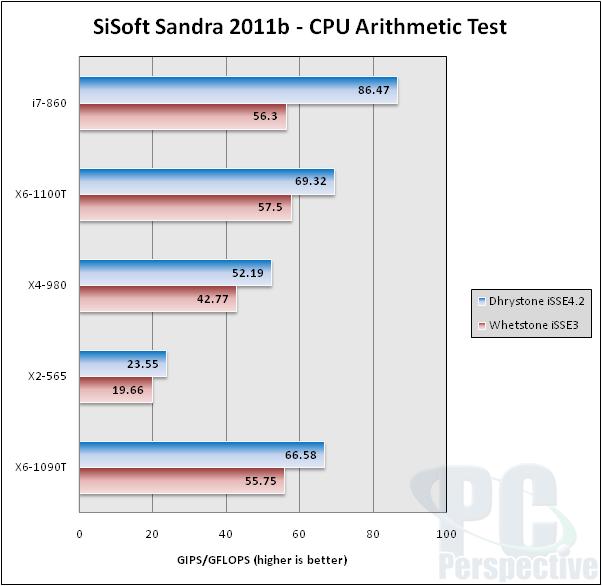 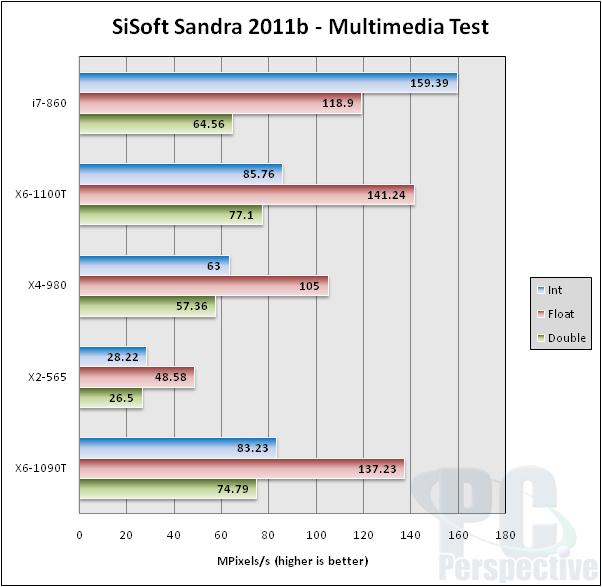 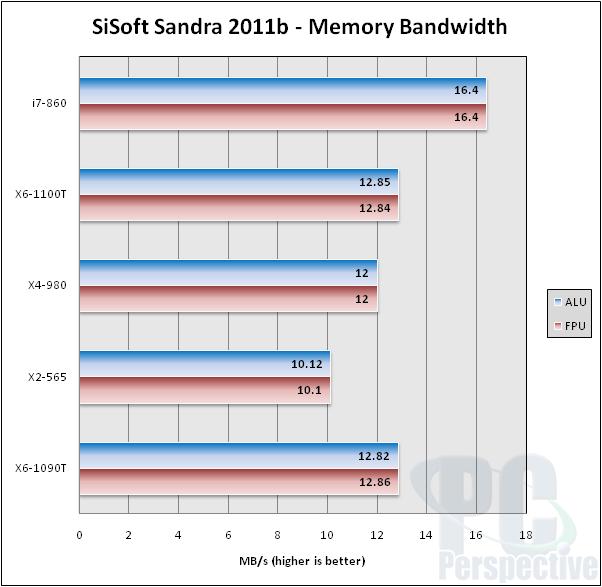 The i7 is just darn fast.  Memory speed and overall integer performance highlight the advantages over the Phenom II series.  Interestingly enough, both the X4 and X6 Phenom II processors are very competitive in floating point applications.

This is another highly optimized benchmark, so it often extracts as much performance out of any current architecture.  It gives a nice taste of potential gaming performance in DX9 and DX10 based games. 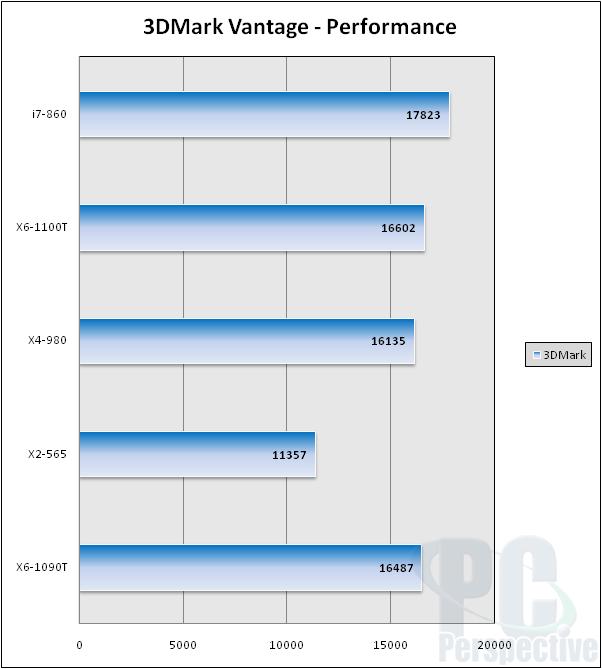 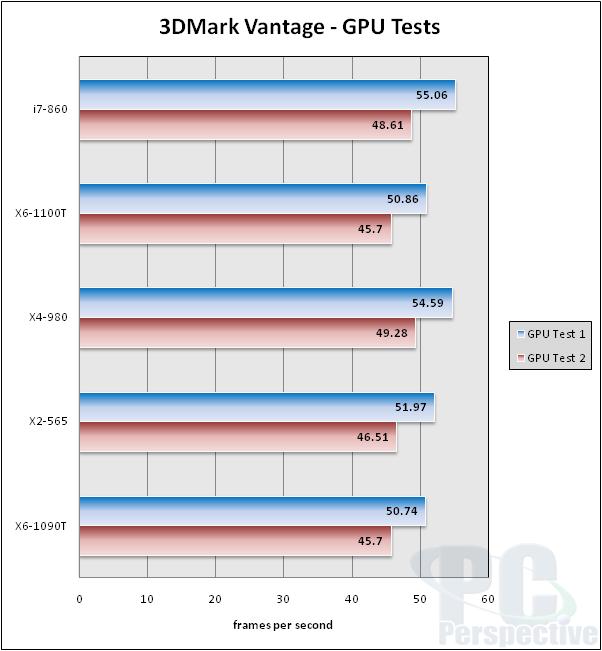 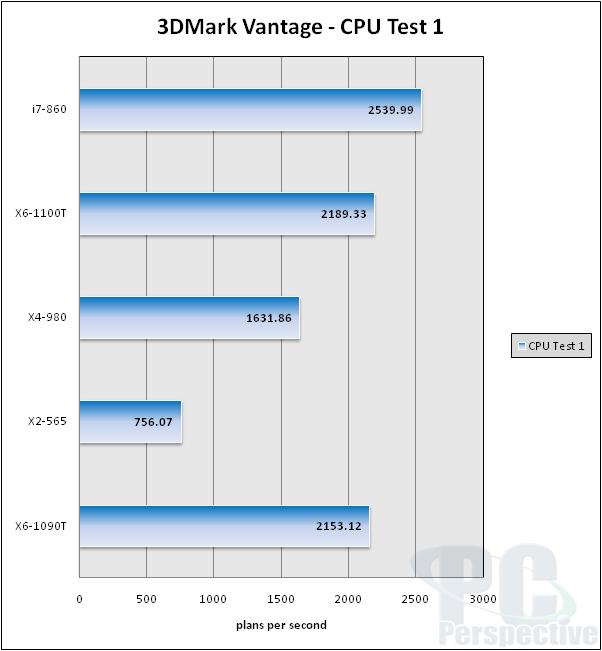 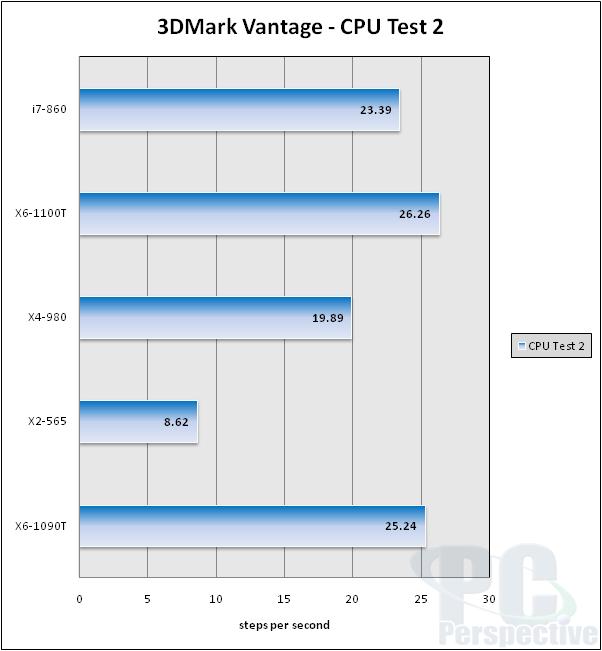 In the GPU tests, the CPU still plays an important role.  We do see the X4 980 stay very close to the i7-860, but once we hit the CPU tests there stands a pretty large gulf between the i7 and the X4.