This is one of the few actual scientific benchmarks based on working code.  Euler 3D models airflow over an airfoil, and is highly threaded.  20 steps were taken with 1, 2, 4, and 8 threads. 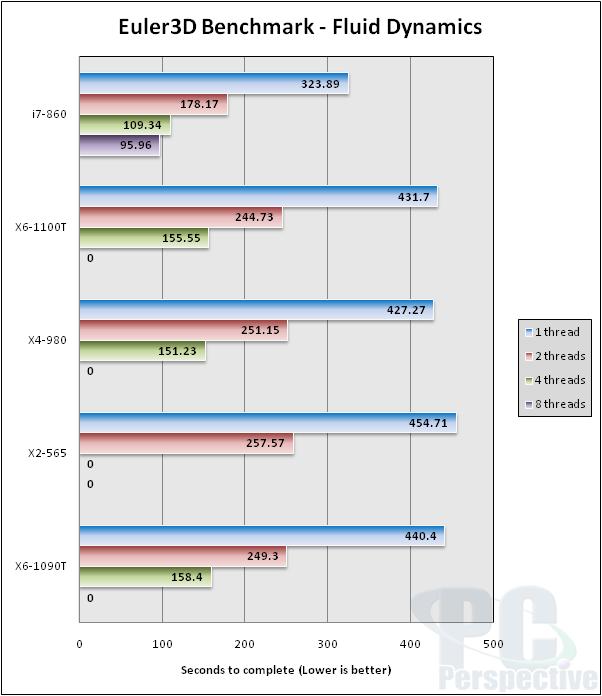 This benchmark has always been very friendly to Intel processors, even though in most other theoretical tests the AMD processors are pretty evenly matched when it comes to floating point operations.  I guess this could potentially be due to the compiler that the Euler folks used with this simulation.  If it is one of the older Intel ones, then it disables a lot of the advanced CPU functionality flags when it detects an AMD (or other) processor.  Still, four cores at 3.7 GHz get the X4 980 pretty close to the i7.

Transcoding is another operation that is highly parallel in nature, so it works nicely on both multi-core CPUs and GPUs.  I took a 250 MB 1080p source file and converted it to a 40 MB 480p WMA. 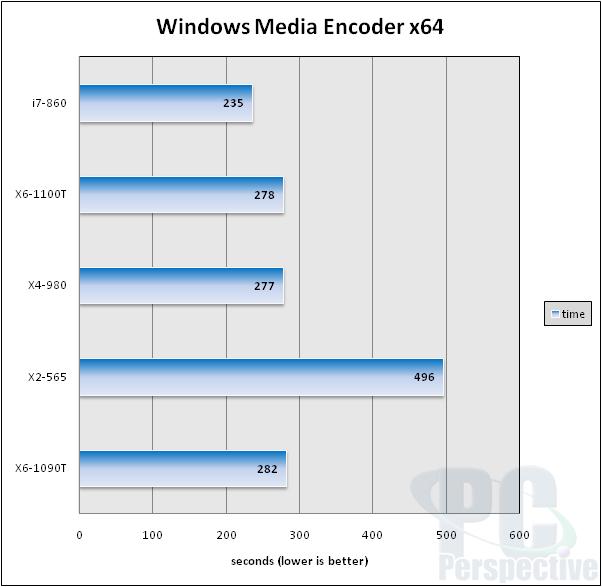 The i7 is again well in the lead, but the X4 matches up well with the two X6 processors in this particular application.