At idle the X4 980 does very well, and is among the lowest when it comes to power consumption.  The cores are clocked down to 800 MHz with the voltage at or slightly below 1v. 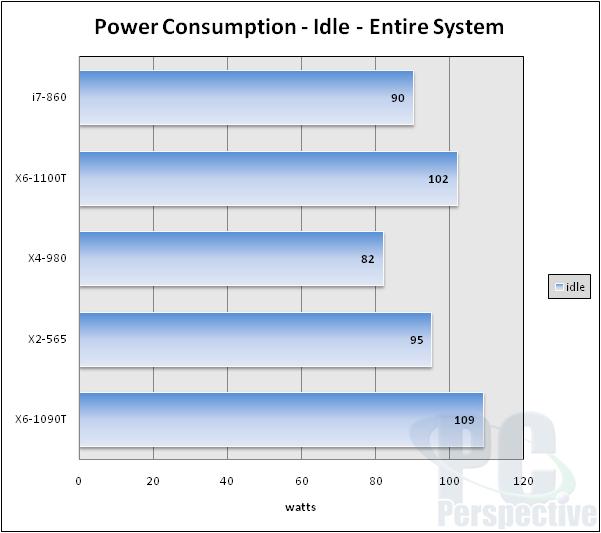 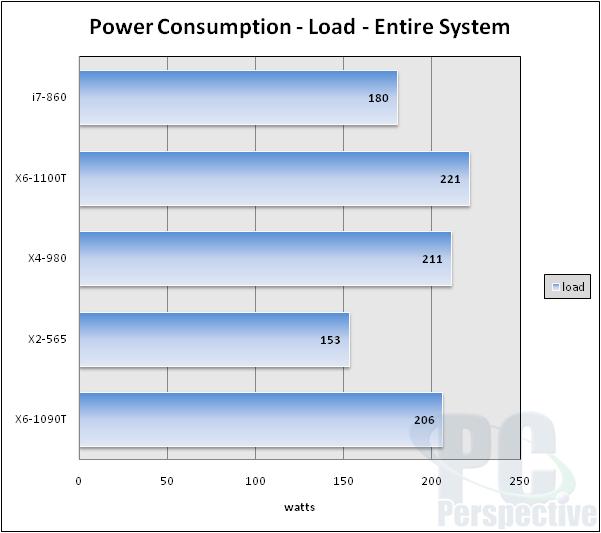 Once things get cranked up a bit, then the power consumption of the X4 980 ratchets it up quite a bit.  Note that it is still 10 watts less than the X6 1100T, but when fully loaded consumes as much power as the X6 1090T.  The Intel i7-860 consumes 20 watts less at load, even though we are talking about two different motherboards.  Consider the performance delta between the two, and then compare the power consumption.  The i7 architecture is really, really impressive.  But luckily for AMD, you tend to pay for that performance.  Except in the case of the i5 2400/2500 series of processors.

This particular processor turned out to be very easy to overclock.  I was able to get to 4.1 GHz at stock voltage and run stable.  Increasing voltage to 1.5v allowed me to get to a stable 4.3 GHz.  After that things got a bit tricky and unstable, even if voltage was further raised.

This is actually one of my best overclocks with a Phenom II X4, as my previous record was 4.2 GHz that was not entirely stable.  Thermals did not seem to get out of control either when it ran at 4.3 GHz.

Get to know Conroe better