Watching today’s smartphone market brings back memories. Right now the transition from single-core to dual-core products is being made, as is a transition from older 3G networks to the latest 4G technology. I’m reminded of the excitement of the first dual-core x86 processors, as well as the rabid arguments surrounding them.

Many dual-core phone are still “coming soon”, however, which means that single-core flagships like the HTC Thunderbolt are still able to impress. This 4.3” smartphone is everything you’d expect a premier high-end Android handset to be. As I’ll explain, that has its positive and negatives, but the specifications look great on paper. 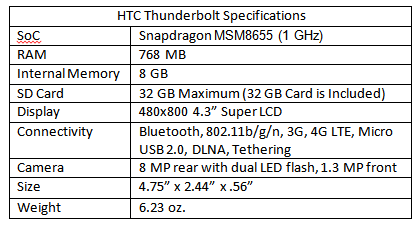 The Thunderbolt’s real claim to fame is obviously the introduction of Verizon’s 4G LTE network. You’ve probably noticed the ads – the guy running up to the building in the middle of the night, lofting a lightning rod, and somehow managing to enhance to speed of the Thunderbolt rather than blowing it to smithereens. It’s a cool commercial, but 4G LTE isn’t available everywhere yet

But fixating on the hardware advancements won’t tell us if the Thunderbolt is actually a good smartphone.  A device is more than the sum of its specifications. Let’s take a close look at the device and see how it stands up against the competition. 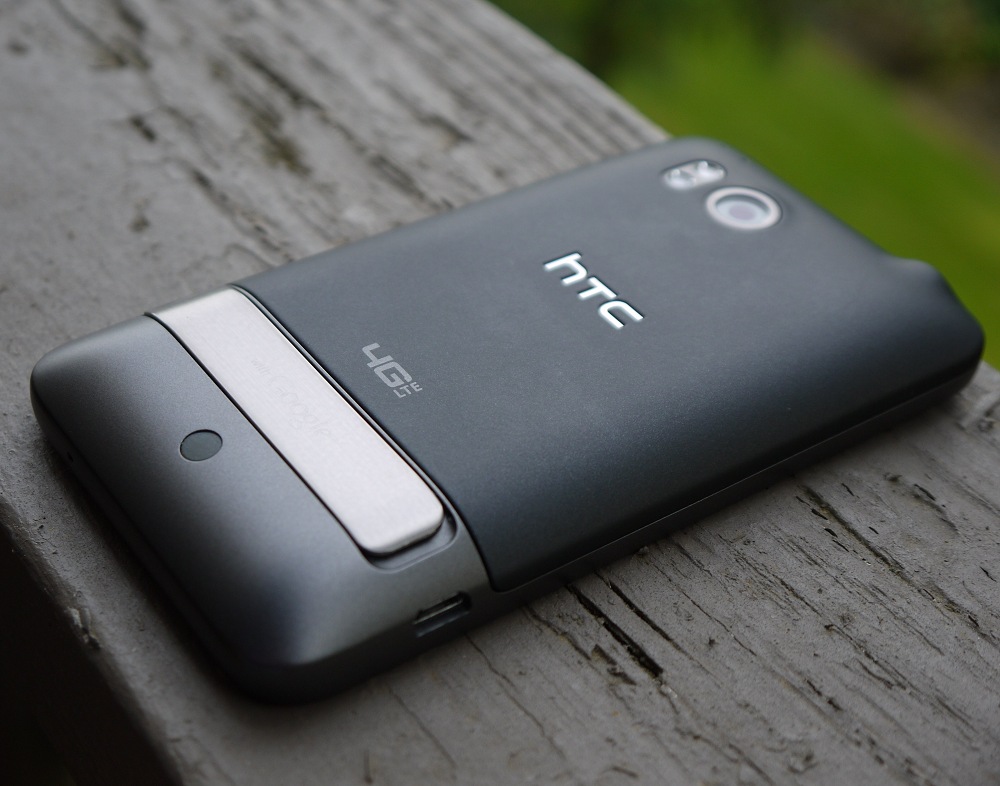 The Thunderbolt is a big boy. The 4.3” display requires a large chassis, as does the networking tech inside. The phone is 4.75” tall by 2.44” wide and just over half an inch thick – dimensions that make it among the largest phones on sale today. There are a select few laptops, like the MacBook Air, that are nearly as thin as this phone.

Such titanic proportions are a tradeoff. The benefit is the Thunderbolt’s usability as a pocket PC. When held long-ways the phone’s keyboard is extremely easy to use, as the lack of tactile feedback is made up for by the exceedingly large virtual keys. Video content looks amazing, and the viewing experience is made better by one of the Thunderbolt’s design quirks; a kickstand that holds the phone in an upright viewing position. Games are also excellent on the Thunderbolt, although this fact owes as much to the phone’s hardware as it does to the phone’s size. 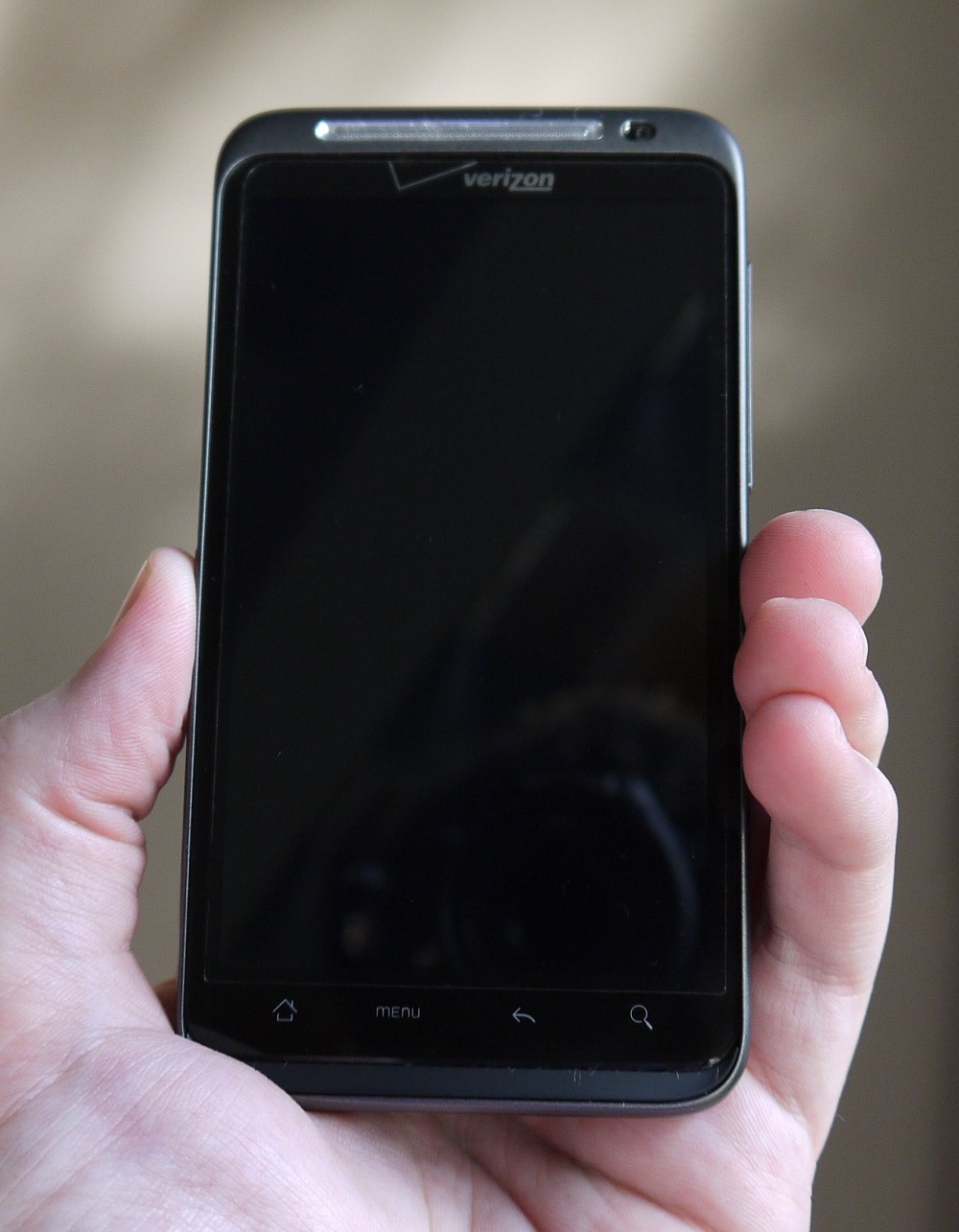 However, the size can at times make one-handed usage a real pain. I’m six feet tall, and have appropriately proportioned hands, but even I sometimes have trouble reaching a button or icon while I hold the device with a single paw. At no point does this become more apparent than when trying to dial a number with a single hand. The weight can also be an issue when attempting a one-handed grasp, as a single finger will likely have a hard time keeping the Thunderbolt steady.

Opinions on the beauty of the Thunderbolt are likely to depend on where you’re coming from. The dull gray Thunderbolt’s only splash of style is the metal kickstand, but it’s not enough to class up the entire phone. Excessive use of plastic throughout the rest of the body only serves to lessen the phone’s design, and I must admit that I’m a bit puzzled as to why HTC decided to release a flagship smartphone with such a boring, low-rent exterior.

These design quandaries aside, the functionality of the Thunderbolt remains is solid. The easily accessible volume rocker could actually be downsized and still remain readily available, while the power button on the top edge of the phone is similarly easy to access.

The Thunderbolt is not elegant, and has plenty of junk in the trunk. Yet some users will no doubt enjoy the large display that bulk allows. In this sense I have to applaud HTC, because I think they know their audience well and have delivered a device that will fulfill their expectations.