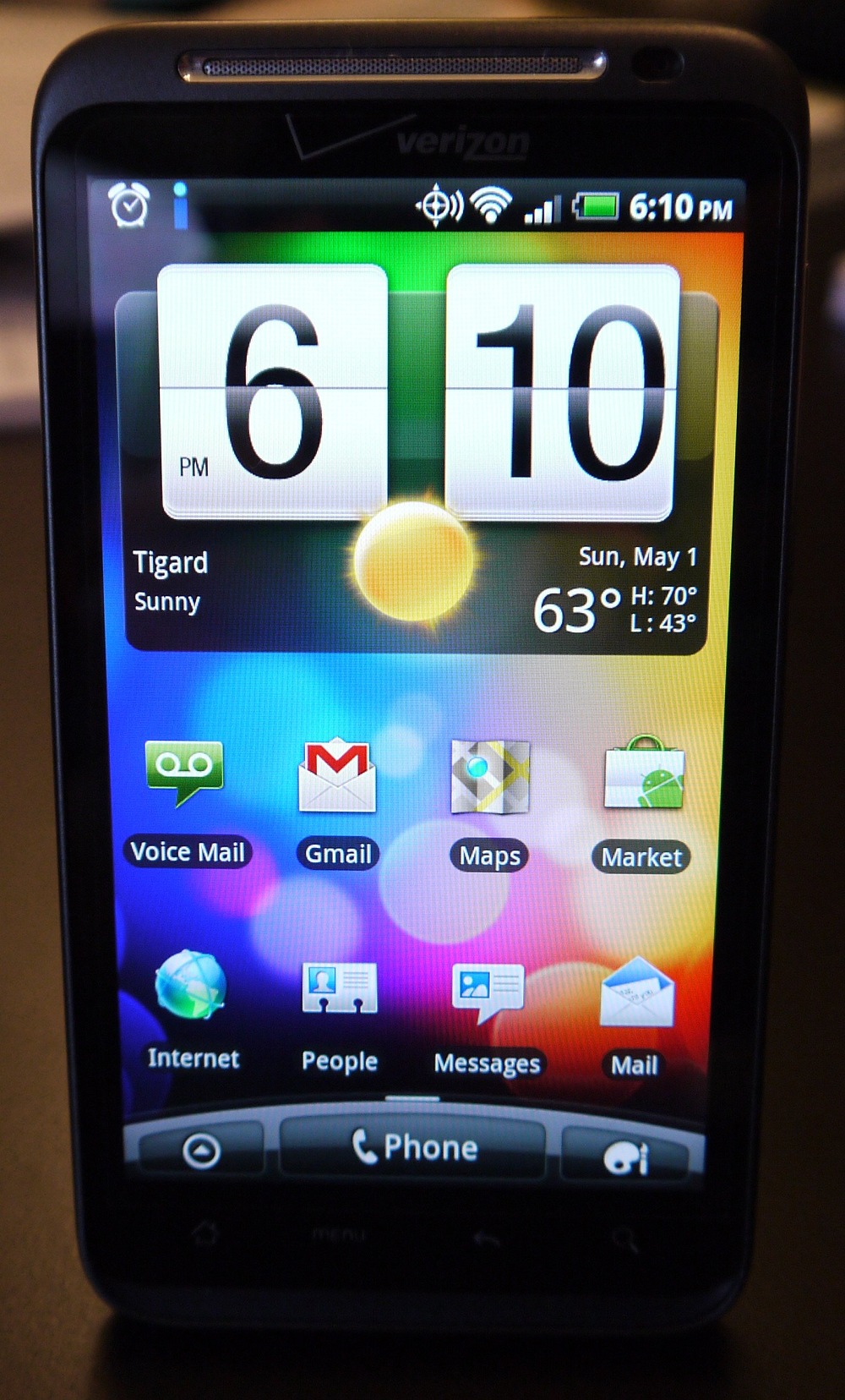 While the display may be at a disadvantage in resolution, it’s still superior to the majority of smartphones available. You’ll have to look very closely to fine the gaps between pixels, and color reproduction is excellent. Even the display’s viewing angle performance is superb. The only downside of the Super LCD is the extremely glossy finish that picks up glare. The compensation for this problem is a backlight that’s incredibly bright (my Thunderbolt generally sits at 25% brightness, and still appears very vivid when indoors), but there’s no backlight that can overcome the power of the sun. 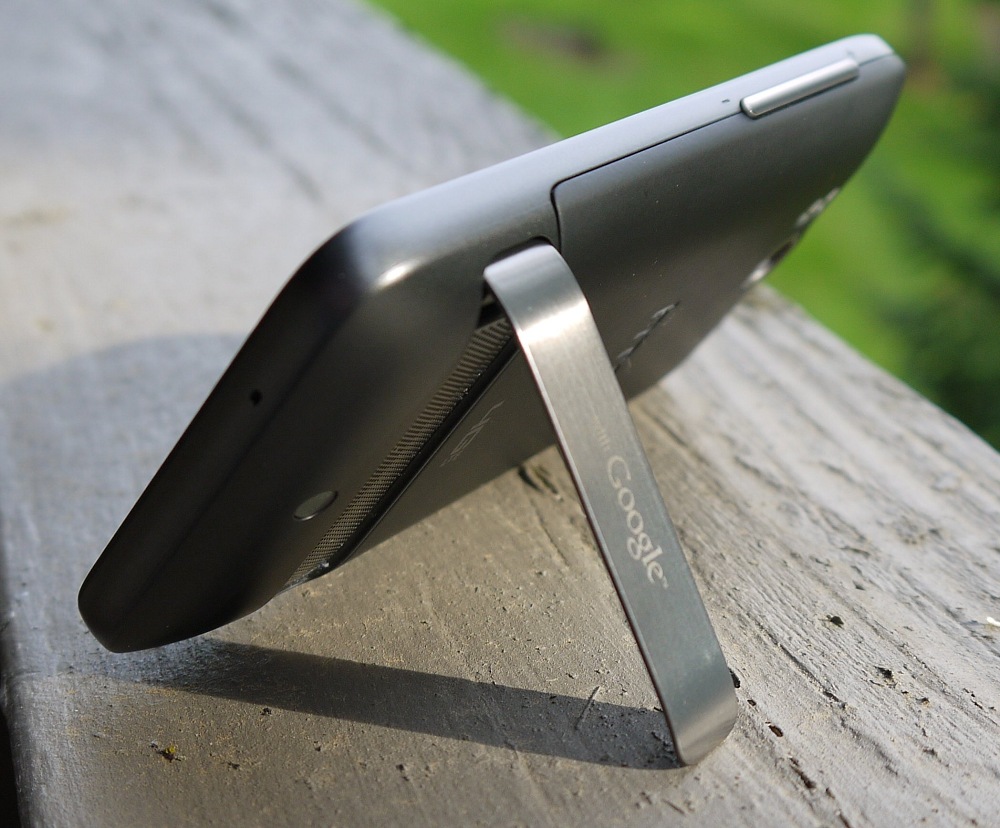 Remember that kickstand I talked about earlier? Pop it up and you’ll find the Thunderbolt’s large speaker. This strange design is no doubt the result of space limitations, and the bad news is that it gives the Thunderbolt’s audio a muffled quality – because, well, it’s literally being muffled. The good news, however, is that the speaker sounds great and is quite loud. Even with the kickstand down, the audio quality is better than average. With the kickstand deployed, the audio quality is better than some laptops I’ve reviewed.

With a smartphone like the Thunderbolt it can be easy to forget that making calls is still one of the device’s primary functions. Indeed, it’s not uncommon for a great smartphone to be bashed because of those issues.

The Thunderbolt is a phone that takes care of its owner more than anyone else. The quality of incoming calls is extremely clear, thanks in no small part to an ear speaker that is boisterous even on its lowest setting. Verizon’s network also serves the phone well, as I’ve yet to had a dropped call or enter an area where call quality was reduced to a point that made calls impossible.

Those receiving my phone calls, however, had some complaints. When making a call from a busy mall, for example, a friend remarked that she had difficulty hearing me. A call made on a windy day revealed that wind noise comes through to the other party, as well. Calls in less hectic environs were not an issue, but the Thunderbolt’s mic clearly has a problem with picking up background noise.

Given the large speaker, you’d think this would not be a problem, but calls often had static introduced that was not apparent when talking without the speakerphone enabled. The party on the other end sometimes had trouble understanding what I was saying, as I was told that my voice sounded distant and muffled, and also crackled in and out frequently. This clearly was an issue with the speakerphone, because turning it off and talking normally resulted in a crystal-clear call. 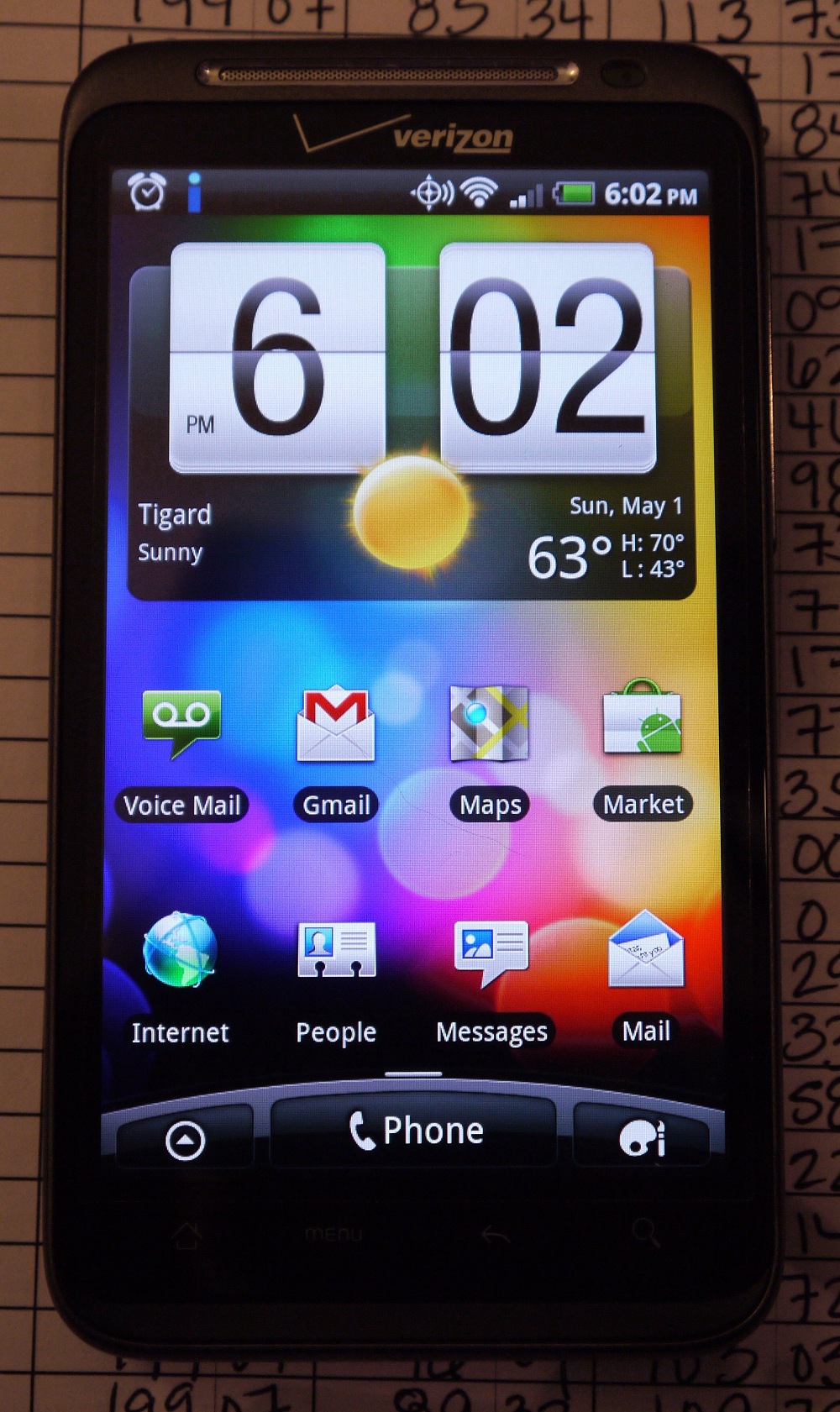 HTC ships all of its Android phones with a custom UI known as Sense. It’s most distinctive feature is the gigantic time and weather widget that dominates the homescreen, but the UI is far more extensive than that. It includes widgets for social networking, contacts and web bookmarks as well as support for up to seven different screens.

There is quite a bit of debate about custom UI implementations like Sense. Some claim that stock Android is by far the best experience, while others prefer Sense, and I hear there are even a handful who like Motoblur (I am not one of them).  What this entire discussion fails to pick up, however, is the fact that the custom UI doesn’t make a stunning difference on a platform that lets you completely overhaul the UI with a single click by downloading an app like LauncherPro from the marketplace.

While the Sense UI isn’t worth worry, bloatware is another story. The Thunderbolt comes with quite a bit of it. Worse, the bloatware can’t be uninstalled unless you root the phone. Although generally harmless, there was one particular service that went rogue and caused some problems, as I’ll explain in the Battery Life section.