Whether you are pairing it with a Core i7-990X or one of the lower cost Nehalem Core i7-950 processors, Intel has built a motherboard that impresses with the feature set and performance options available to consumers. I know many of you don’t immediately think of Intel-branded motherboards when it comes time to select the backbone of your PC, but the DX58SO2 should make you second guess yourself. 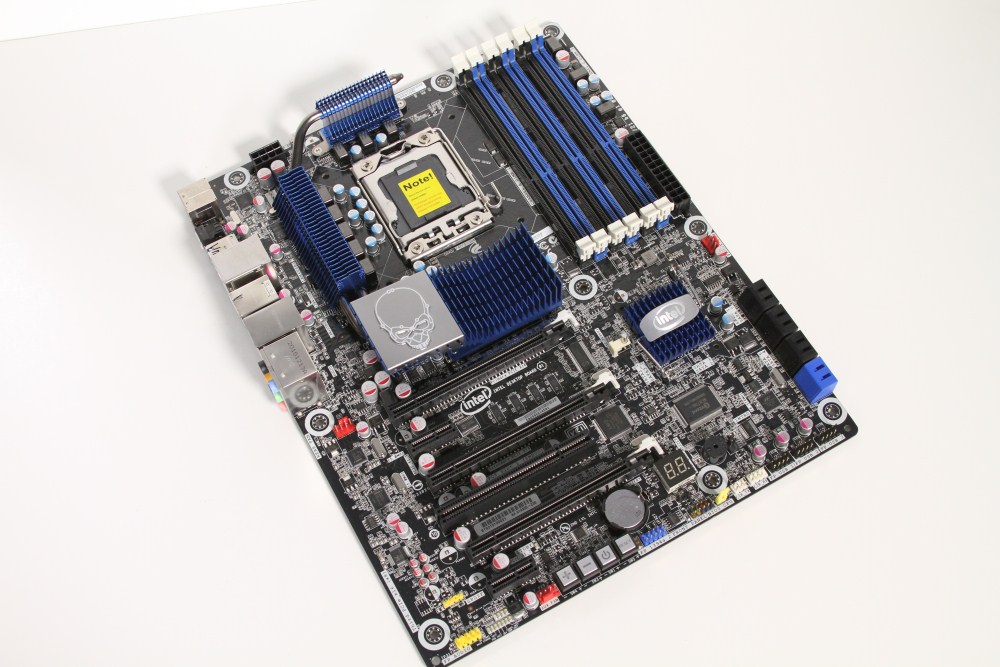 Intel’s Extreme Series motherboards continue to follow a blue-on-black color scheme that gives the appearance of being high-end end without the flash of a lot of third party boards. The Skull logo that started with Intel’s Skulltrail platform continues on and give the board “edge” I guess if such a thing sounds reasonable… The board offers a layout that will appeal to gamers and enthusiasts alike and a feature set that rivals just about any other option on the market. 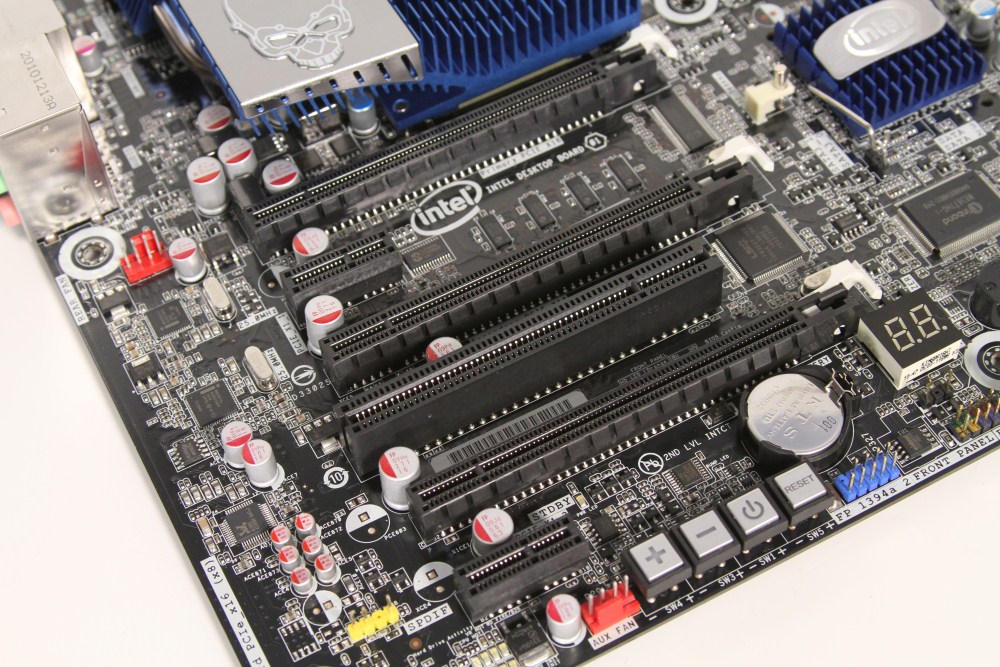 The slot configuration consists of a three full length PCIe x16 slots for multi-GPU gaming and yes, the DX50SO2 does have support for both CrossFire and SLI technology. There are a pair x1 PCIe slots for further expansion and one remaining legacy PCI slot. 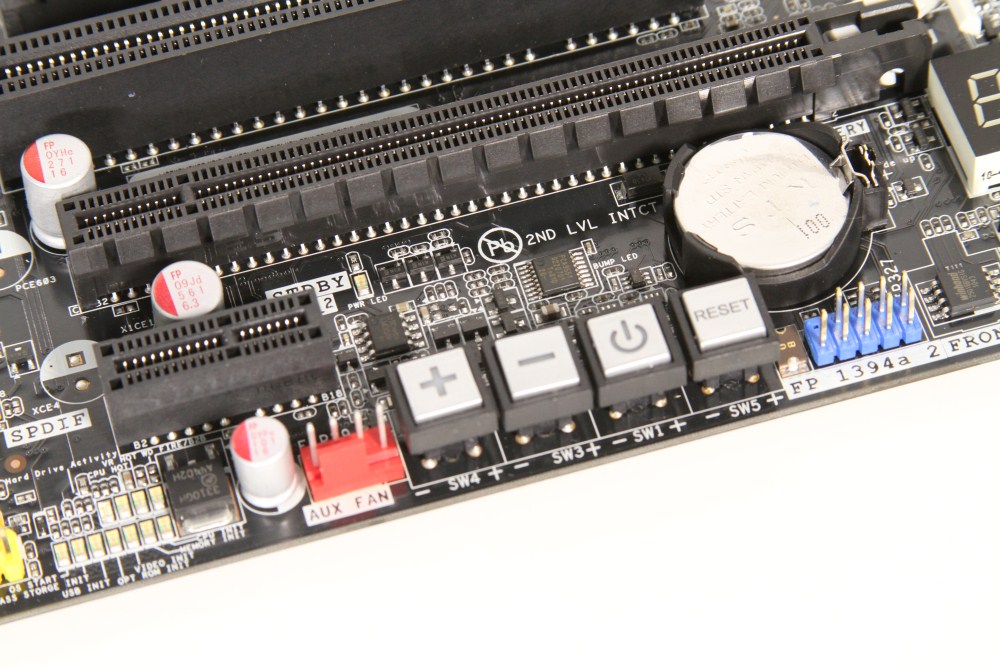 At the bottom of the board the most obvious feature is the +/- and Power/Reset buttons. While the latter two have pretty obvious usage, the plus and minus keys are used for adjusting the clock rate of the processor via the bus speed, 1 MHz at a time. We have seen this option on other boards but getting that same overclocking encouragement from Intel directly is a nice change of pace.
Also, all the way on the left, you will see a set of LEDs for Mass Storage Init, USB Init, etc that helps with boot troubleshooting. 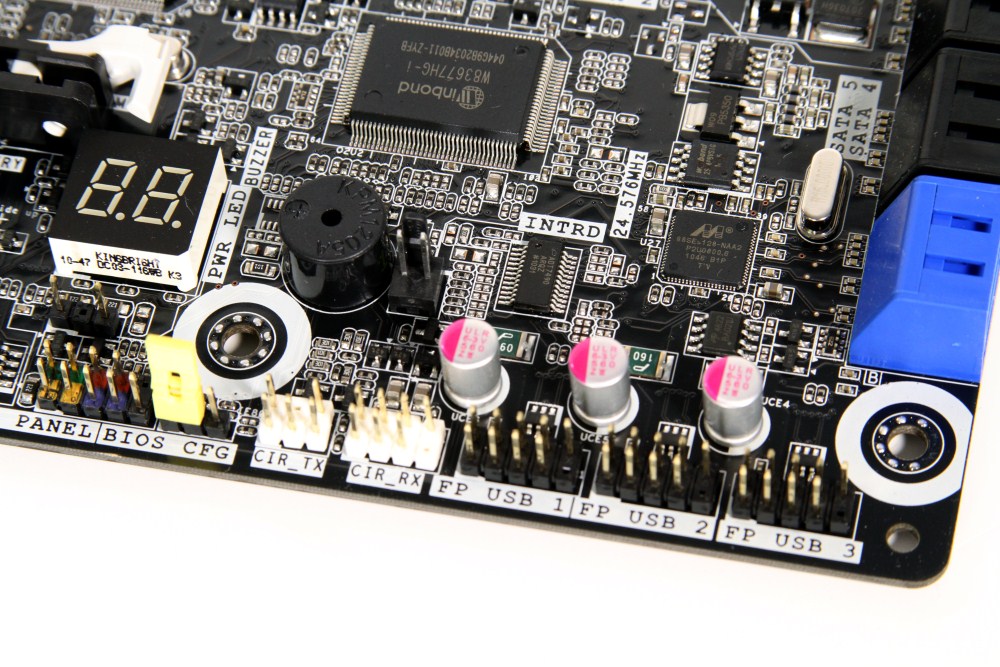 Moving to the right we see (in addition the Firewire header seen on the previous photo) three USB 2.0 headers for additional ports and case connectors, the internal speaker, LED code display for POST issues and the front panel connections. 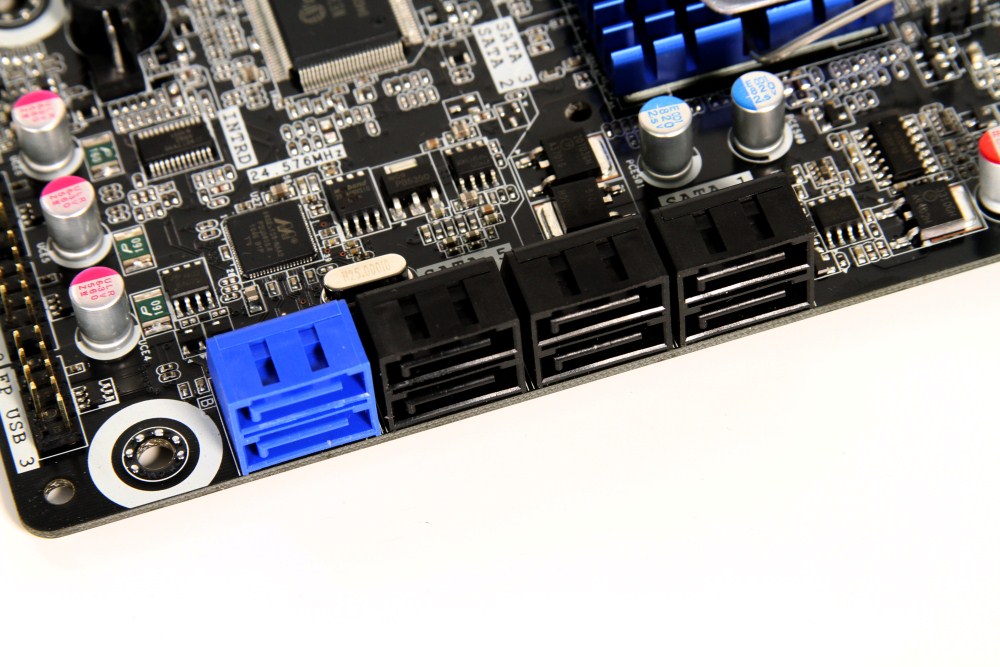 The SATA configuration includes six of your standard SATA 3.0 Gb/s ports courtesy of the ICH10 south bridge but remember that this product was released well before the SATA 6G implementation we see today. As such, the DX58SO2 motherboard offers a pair of SATA 6G ports (in blue) via the Marvel 9128 controller. 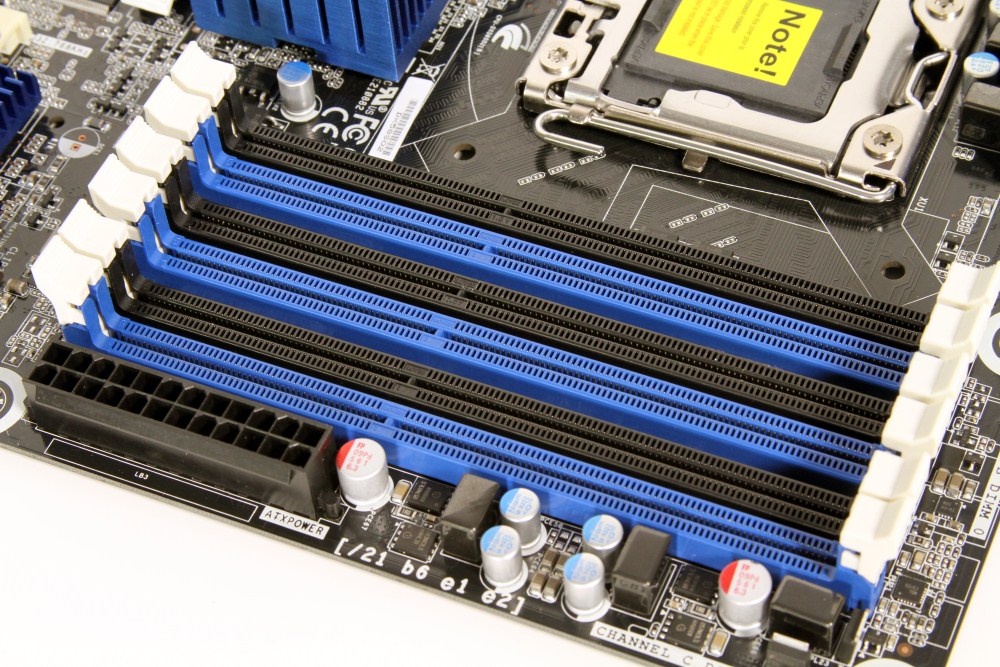 As we mentioned before, one of the defining features of the Nehalem processors is the use a three-channel memory controller and thus the motherboard sports 6 total memory slots for DDR3 modules. Getting the maximum performance out of your system then requires the use of at least three DIMMs so be sure you are looking for a triple-channel kit rather than the many dual-channel kits that exist for all other platforms. 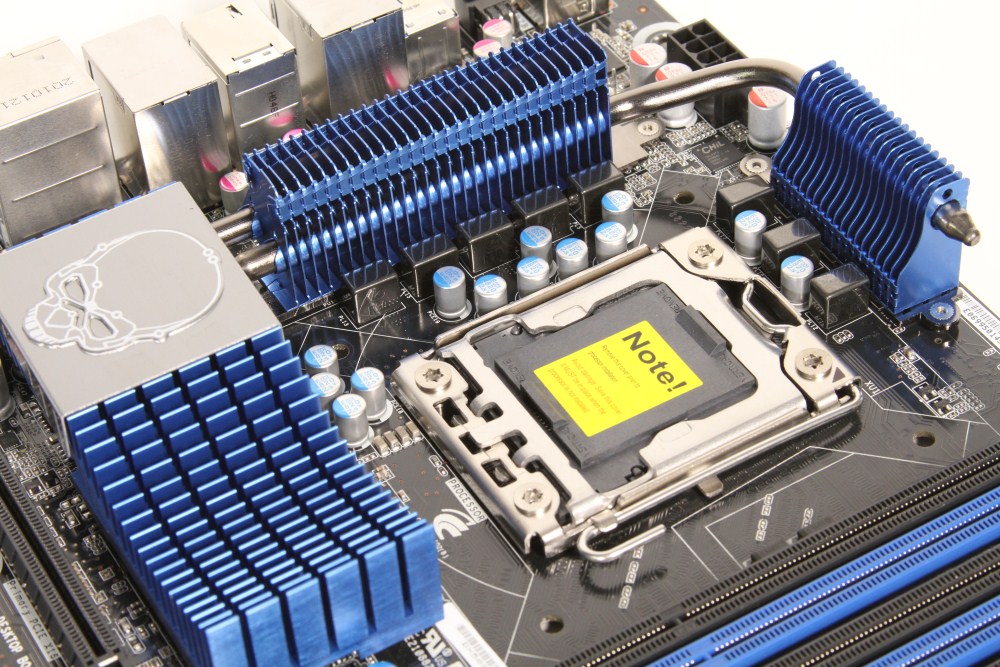 The LGA1366 processor socket is surrounded by a heatpipe cooling solution that covers the X58 north bridge and the power / VRM components. 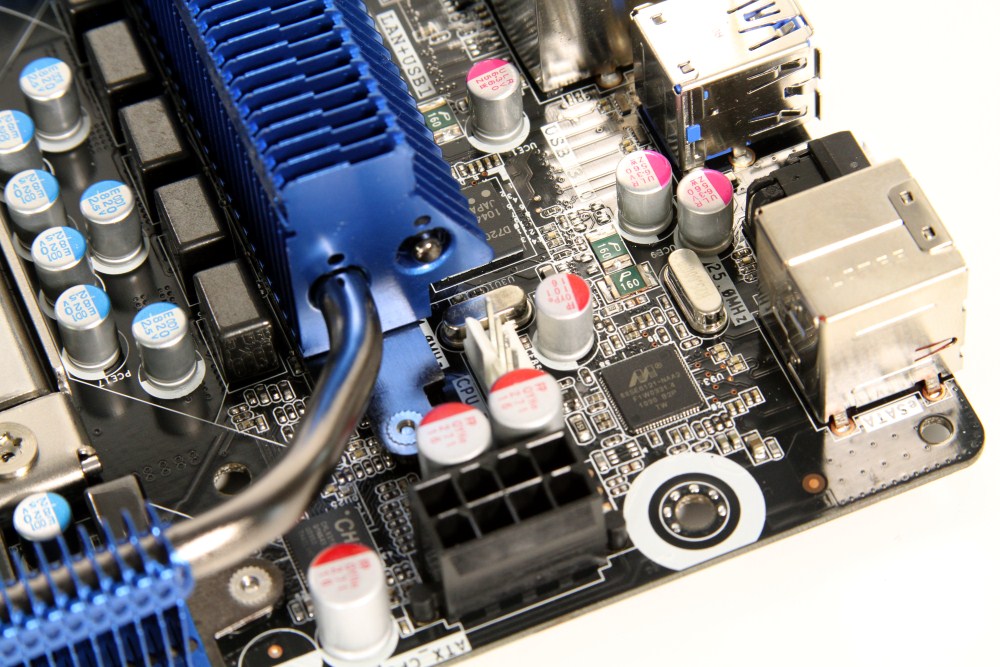 Here you can see two more key controllers, the Marvel 9121 used for the eSATA ports on the back panel and the (slightly hidden) NEC controller for the USB 3.0 support integrated as well. 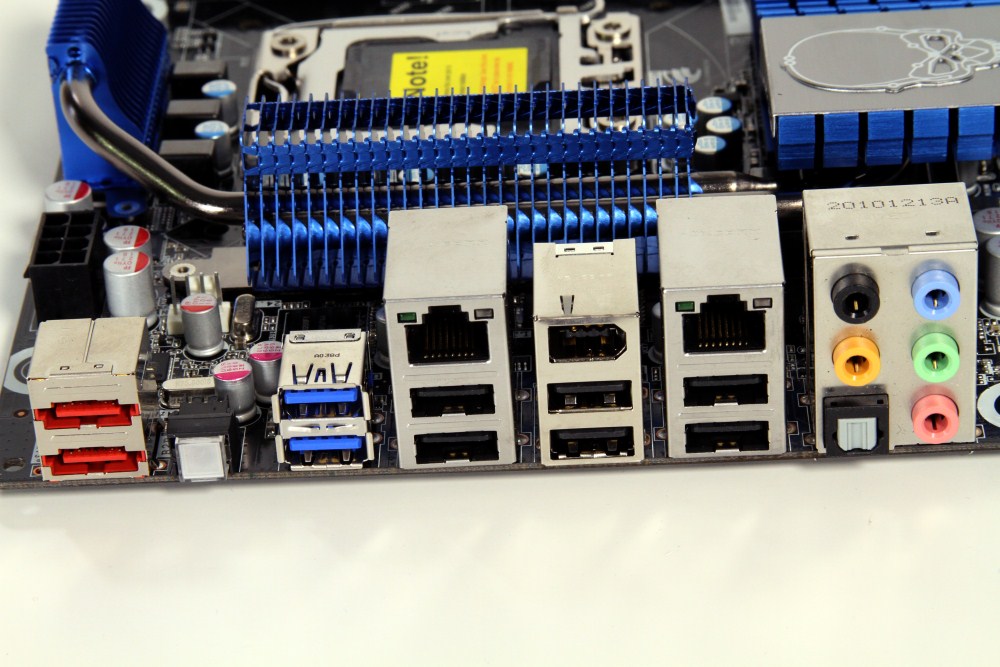 Along the back of the motherboard you will find the connectivity options that are offered. We already mentioned the eSATA and USB 3.0 support which are great to see Intel’s board team integrate. Between them rests a CMOS reset switch used for recovering the system if something should happen during BIOS tweaking. Other than that you see six more USB 2.0 ports, dual Gigabit Ethernet, a Firewire connection and 8-channel audio support in both analog and digital formats. 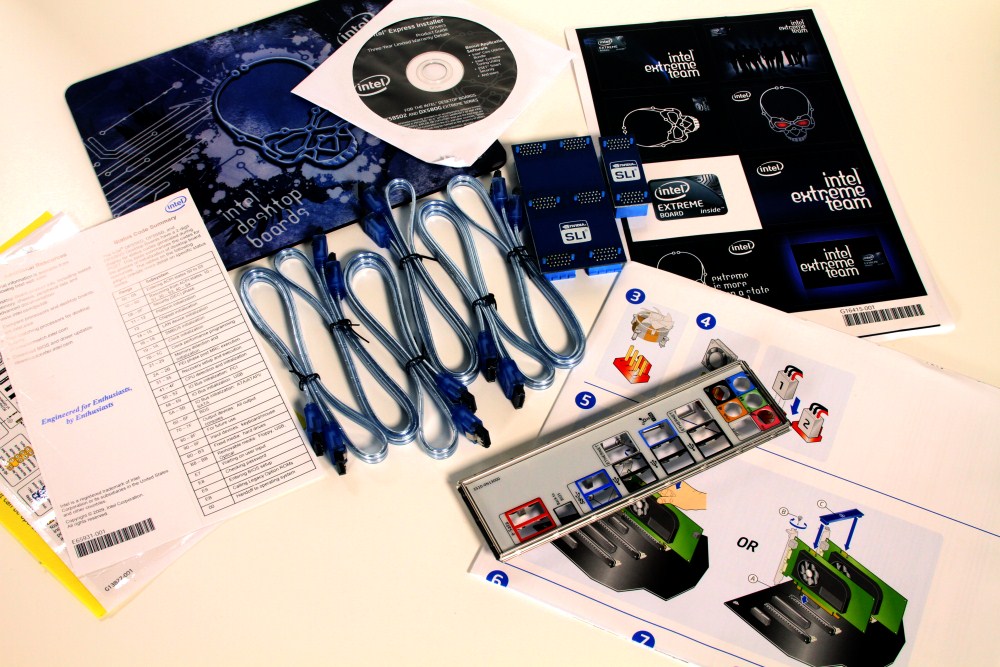 Included in the box is a whole host of accessories including cool looking translucent-blue SATA cables and SLI connections that match the board color scheme perfectly. A mouse pad, detail and quick-use instructions are also here as is a sheet of stickers. You know, for your Trapper Keeper. 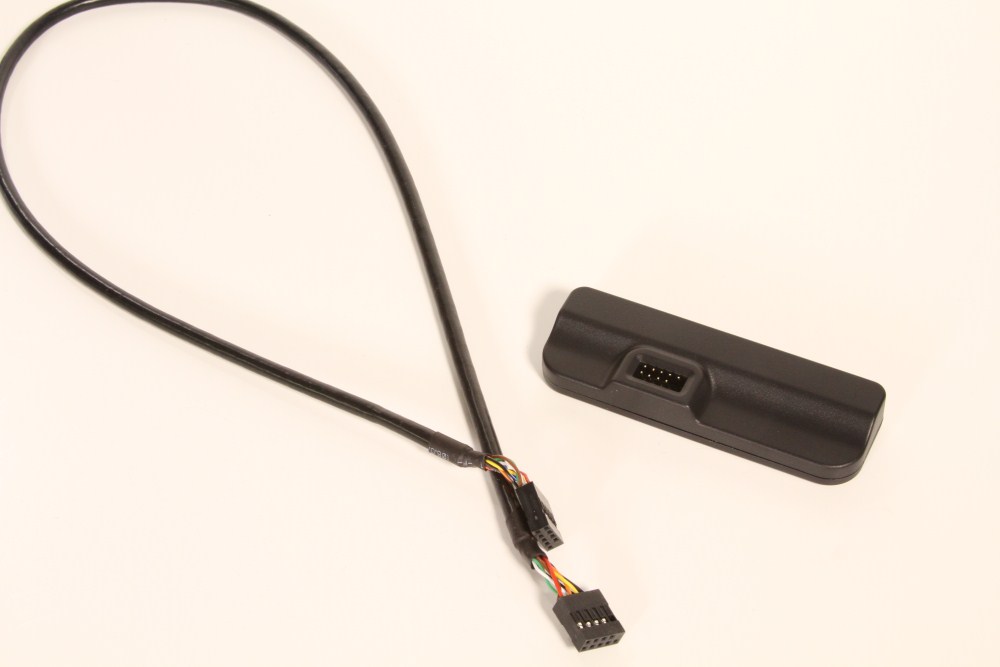 One really cool addition in the box is this little guy – a combination Bluetooth / WiFi antennae that connects back on the board and adds support for both technologies automagically. Simply connect the cable to a free USB 2.0 header on the board and your devices will be detected with drivers available on the included DVD. 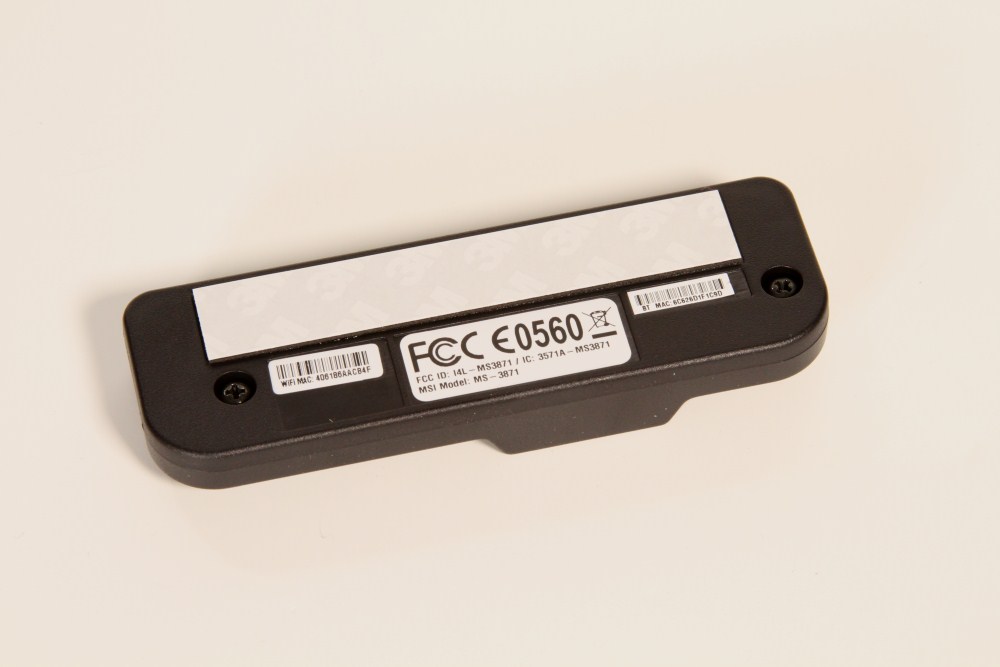 Just to make it a nice touch, the antennae itself has double sided tape on it so that you can install it in your case, preferably on the BACK of an unused 5.25-in back panel. This is a pretty cool addition to the board that we haven’t seen on other motherboards in quite some time. 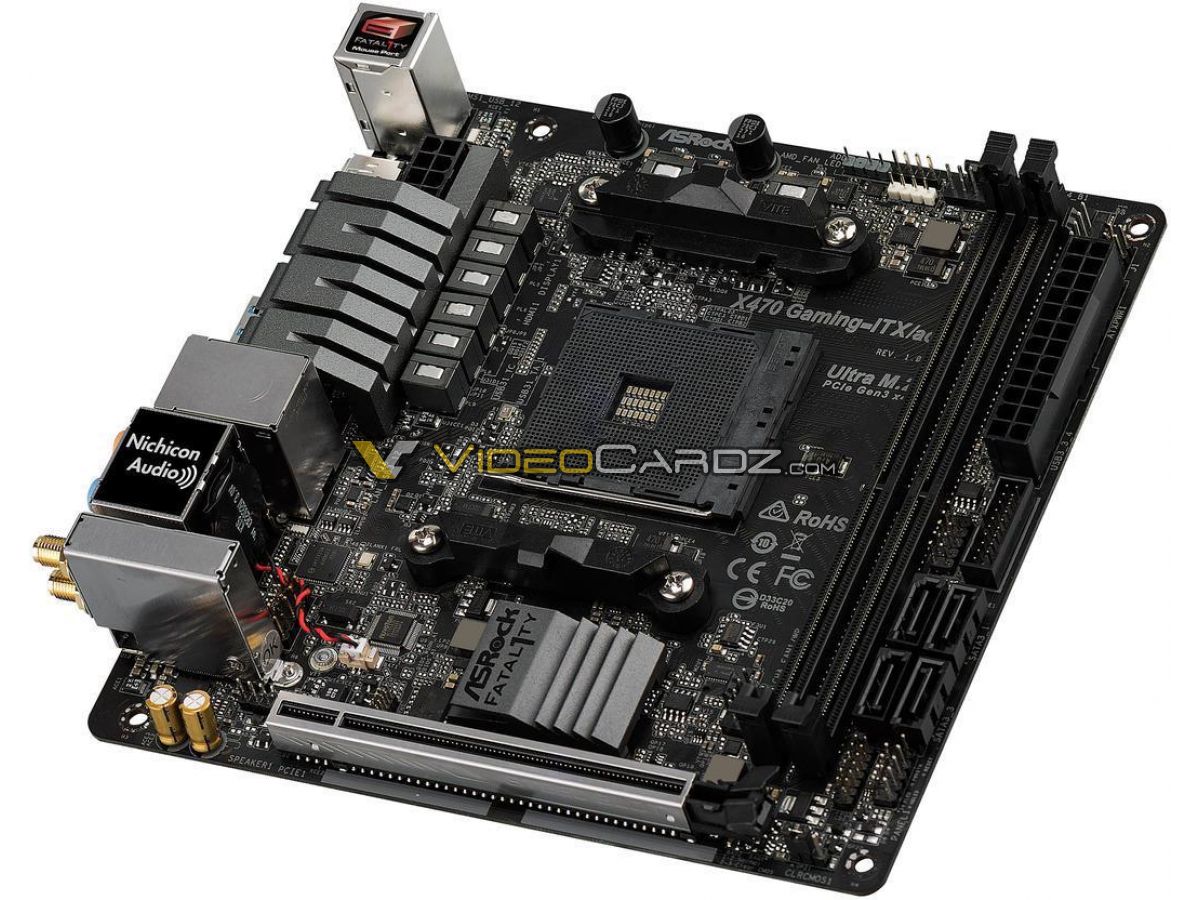