The BIOS on the DX58SO2 motherboard has more in the way of tweaking and overclocking features than you might assume with the Intel name associated with it. The consumer board division definitely takes the Extreme Series collection of options very seriously, and it shows in here. 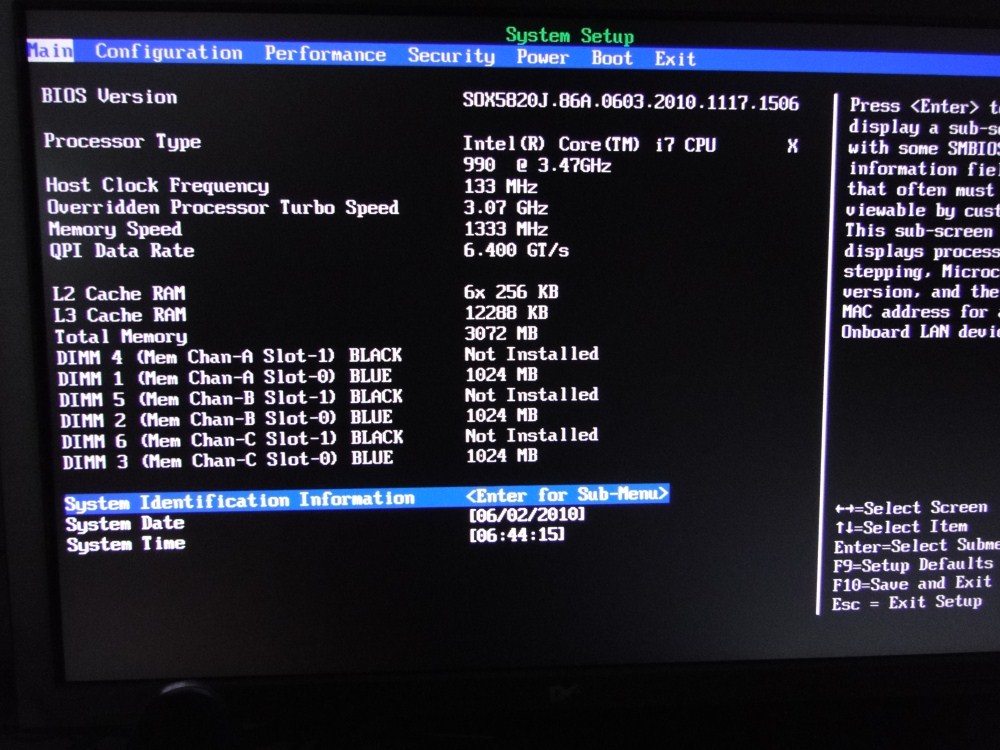 The first glance at the BIOS give the appearance of it looking and acting just like any other BIOS you might have accessed before and that turns out to be more or less correct. You can see here that first install of the Core i7-990X it wasn’t properly recognized and set the top Turbo Speed to 3.07 GHz, which is under the default clock speed of 3.47 GHz – a quick reset of some settings and we were good to go. 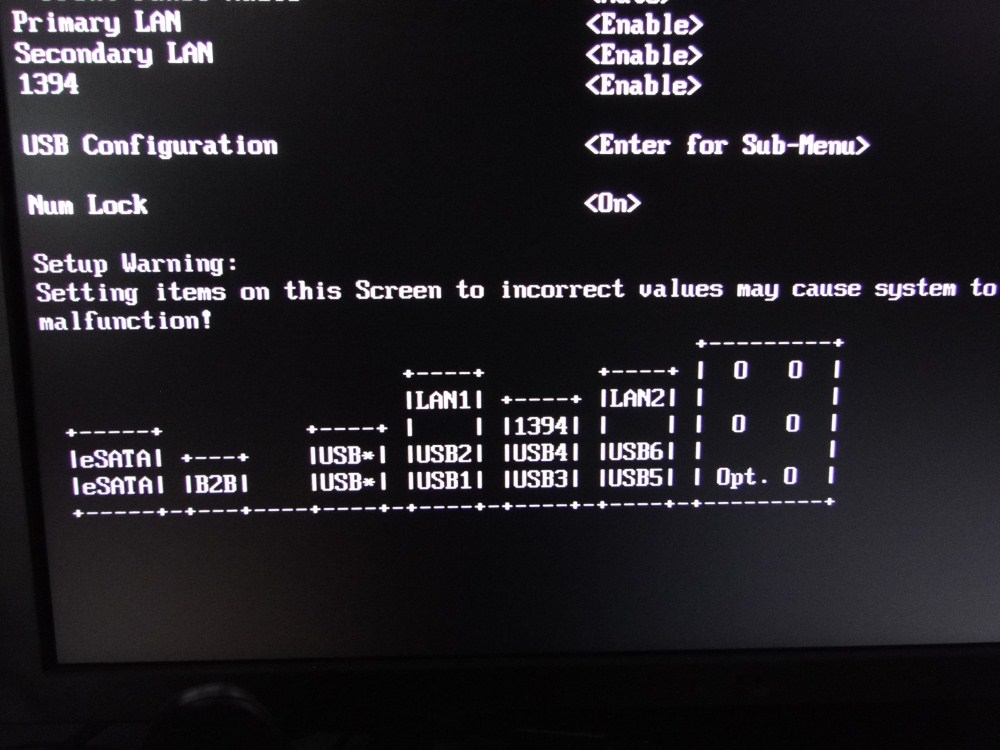 In the first settings menu we see one of the little touches that give a western feel to the descriptions and organizations – a text-based graphical layout of the back panel connections. It reminds me of my days in IRC chat rooms, but with a purpose. 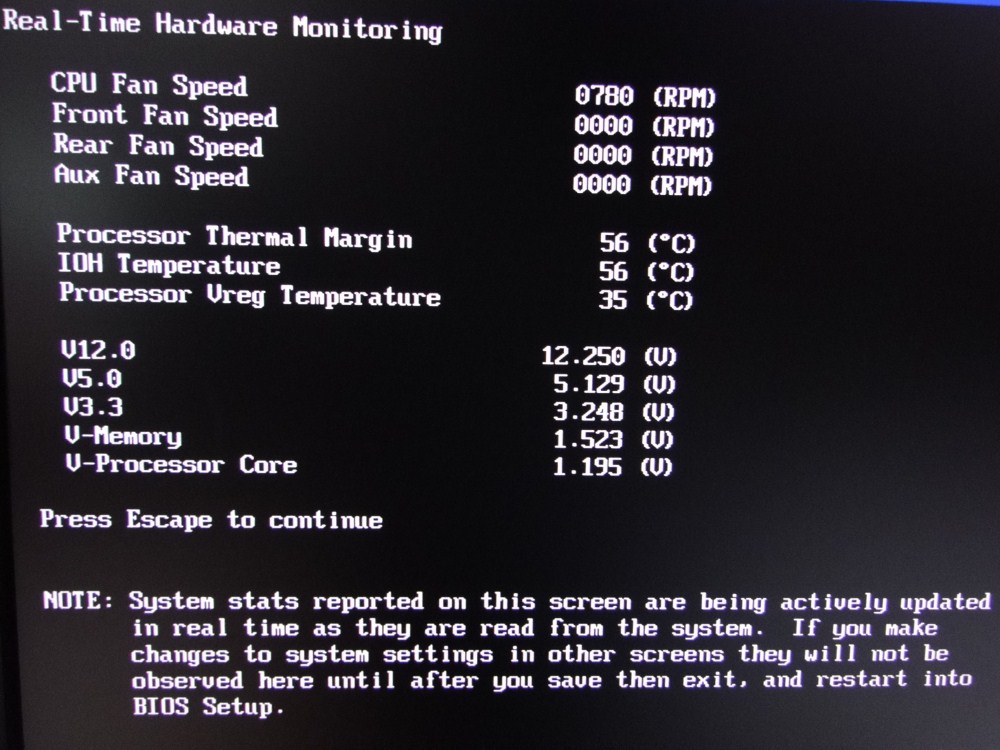 The real-time monitoring provided in the BIOS gives us all the basics including fan speeds, voltages and temperatures CPU and chipset. 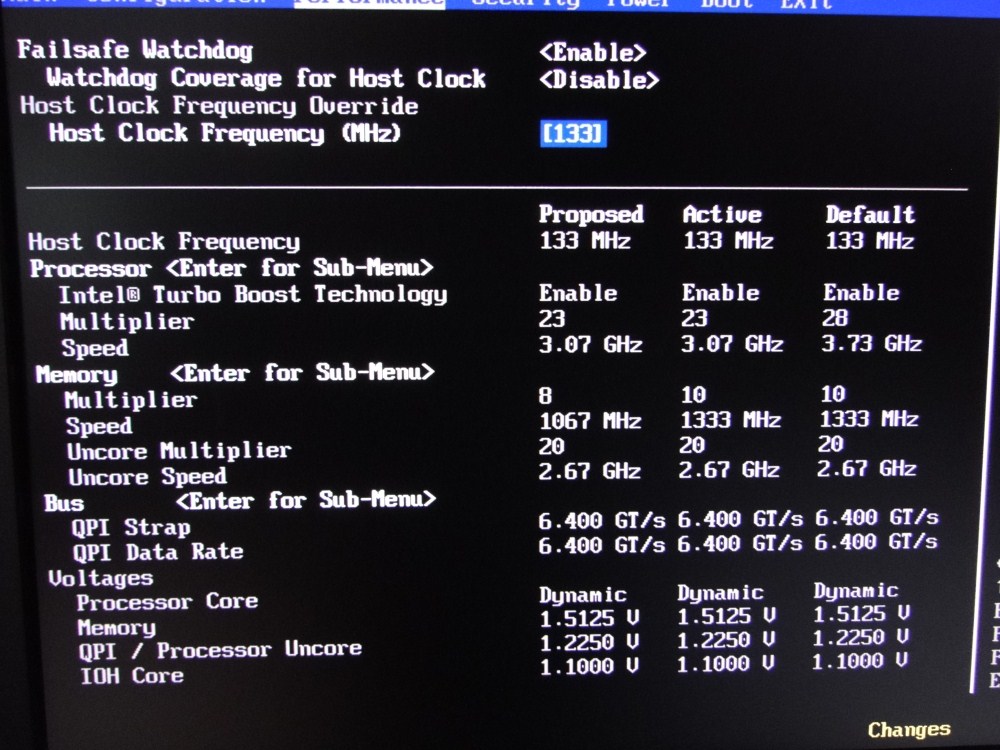 While the Intel DX58SO2 offers a lot of great overlocking features, all available from here, one of my favorite parts are the three columns of “Proposed”, “Active” and “Default”. Default shows you what the settings should be at when you reset the BIOS to defaults and basically represent a stock system configuration. The Active column shows you what settings are currently running while the Proposed column shows us what the results would be if our current adjustments are saved to the BIOS. Never mind the numbers in this screenshot – I was still working out the underclock issue here. The amount of organization on this board is impressive. 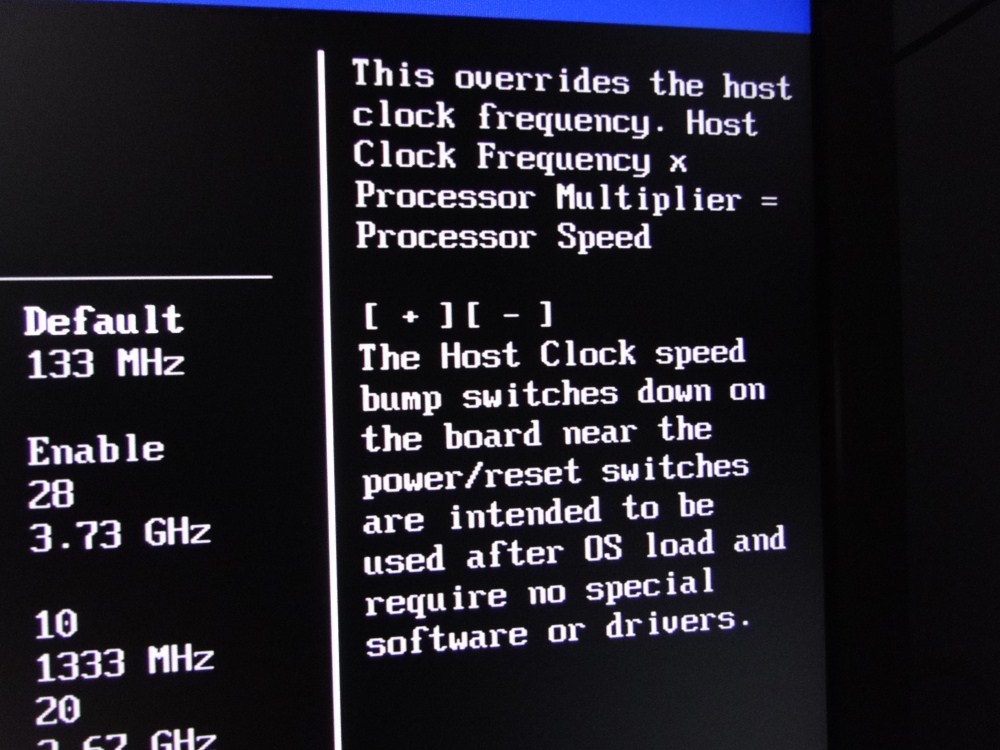 Along with the clear organization, Intel’s BIOS engineers provide clear guidelines to the features you can change, what the options are and the results thereof. Rather than the general descriptions we get on Taiwan-built BIOS like “Adjusts clock frequency” and that’s it – users of the DX58SO2 will likely understand what they are doing! 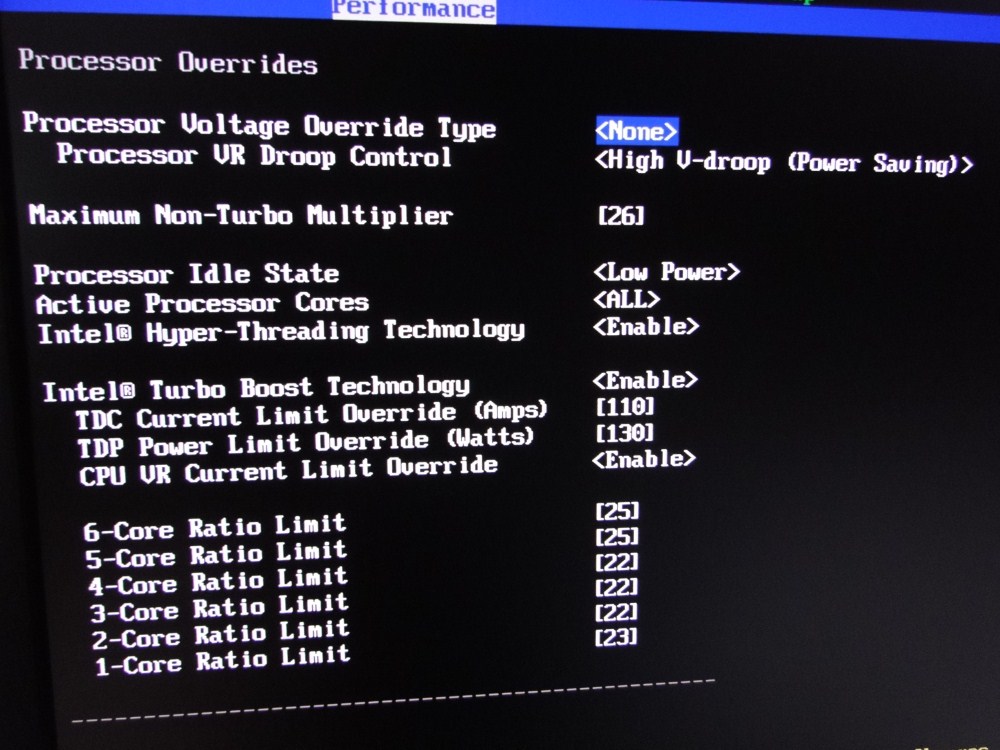 This menu shows us the ability to override the Turbo Boost settings including a per-core multiplier as well as the changing TDP power limits. Many of you may not have guessed that Intel would allow this on their motherboards as it would seem to counter their “official” stance that overclocking is bad. 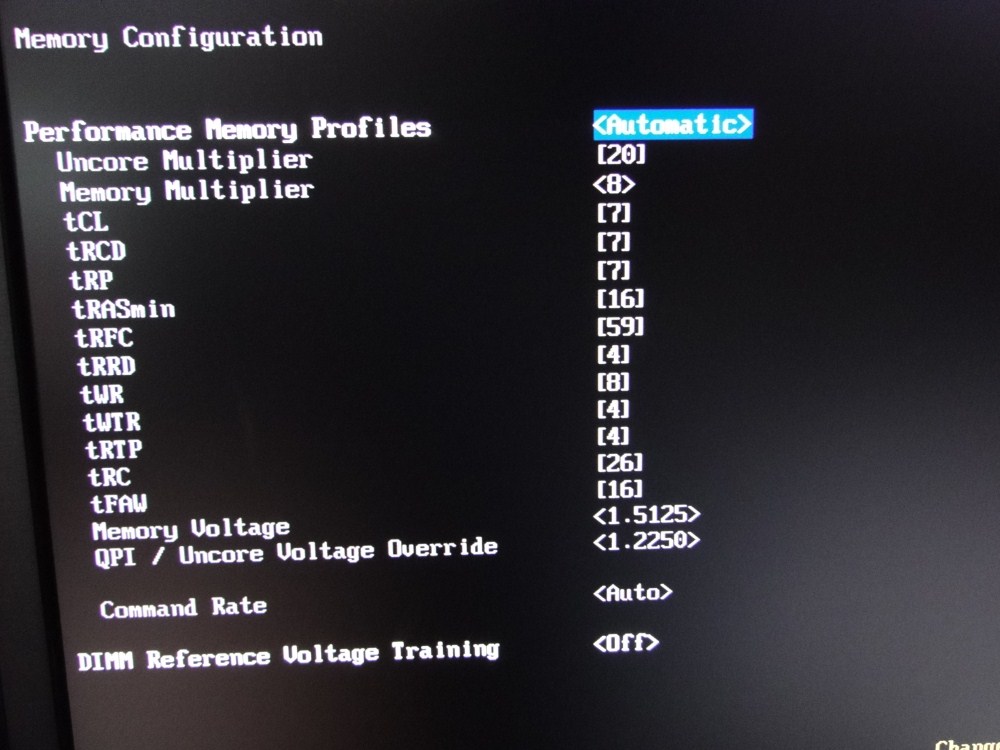 Memory timings can be adjusted in addition to memory voltages, etc. 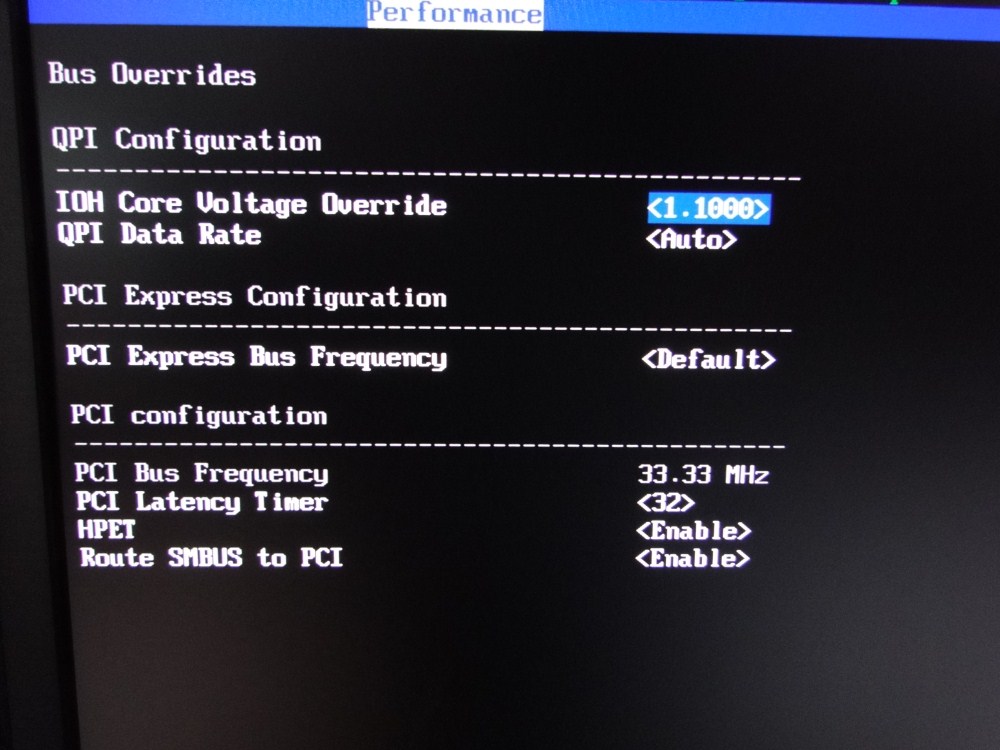 There are more overclocking options to be found in the Performance section as well including QPI speed changes (the bus between the CPU and the north bridge) and chipset voltages. The DX58SO2 is a fully-featured solution for overclockers. 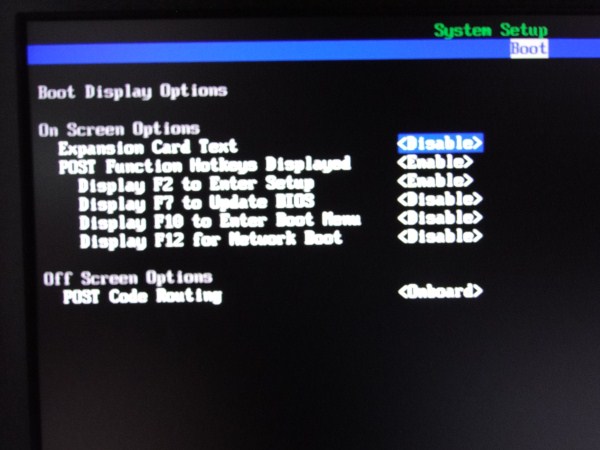 The board also includes the ability to flash the BIOS directly from within the BIOS itself from a USB drive – you won’t need to hunt down anything bootable to get this up and running.
I have come to expect this kind of BIOS from the likes of Intel’s consumer division though I am sure that most of you did not. While there is still plenty of room for the likes of ASUS, MSI, Gigabyte, ECS and others, Intel is striving to be able to provide a very competitive option for enthusiasts and the DX58SO2 motherboard does that in spades.