The ASUS P8Z68-V Pro Motherboard: Bringing it all together

In most cases, what you will find on the Z68 motherboards on the market are going to look very similar to those of the second round of P67 motherboards that we are already familiar with. As I mentioned and detailed on the previous page, we are really only adding support for video output as well as new SSD caching technology that will utilize existing SATA connections. It should be no surprise then that the new ASUS P8Z68-V Pro motherboard that we are using in our review today bears a striking resemblance to its P67 cousin. 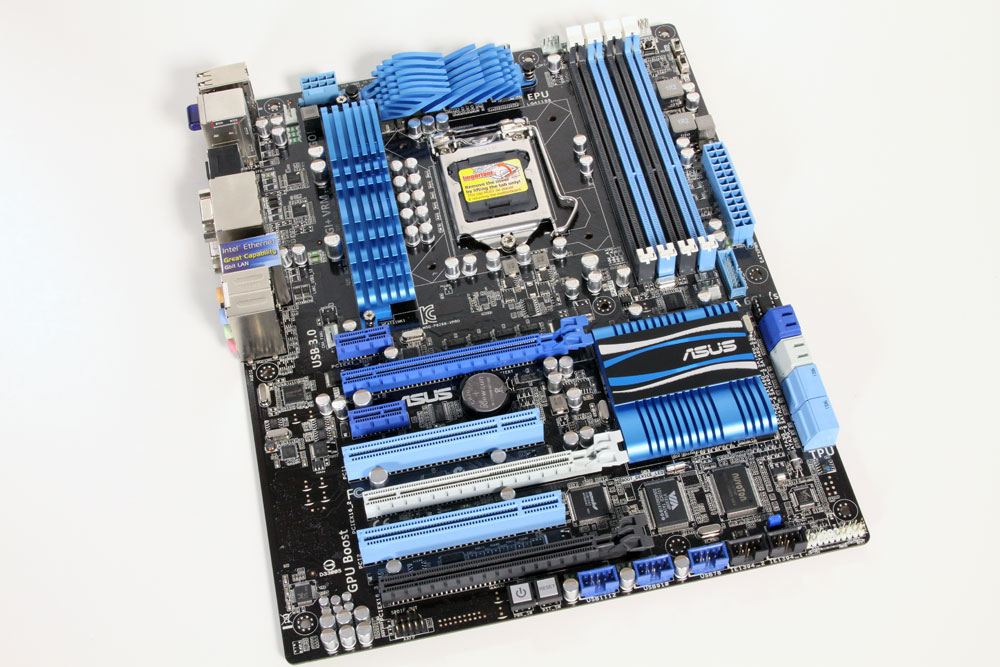 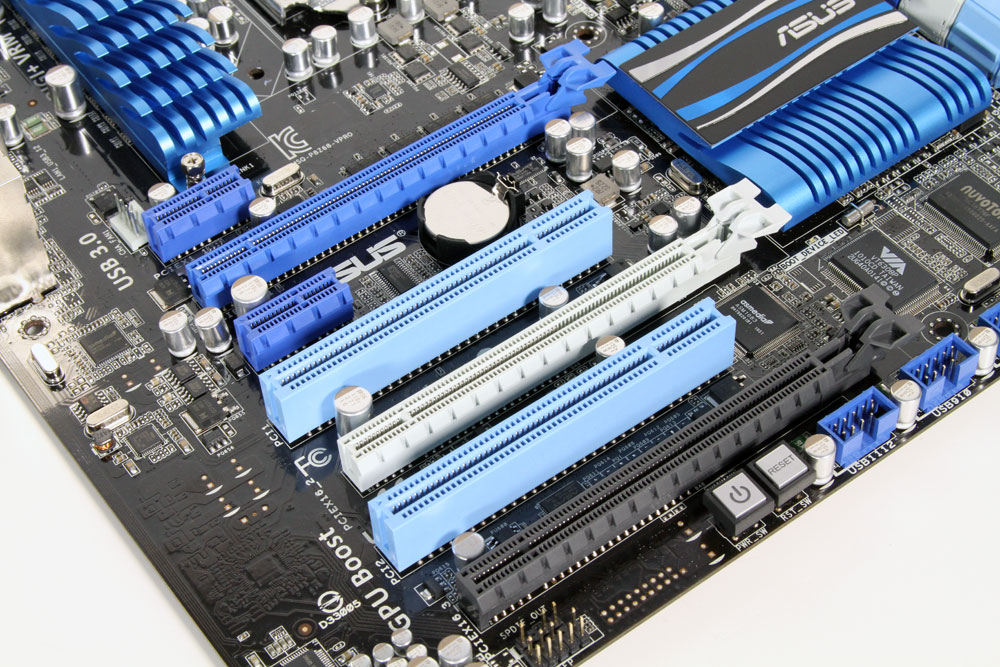 There are three PCI Express x16 slots on this board, two of which will utilize the x16 lanes from the 2nd Generation Core Processors family while the third one stems from the PCIe lanes on the Z68 chipset. These primary PCIe slots support both and SLI and CrossFire configurations so users that want to dive into the world of multi-GPU configurations are still encouraged to do so. There are also two PCIe x1 slots for expansion options and two legacy PCI slots for other add-in cards. 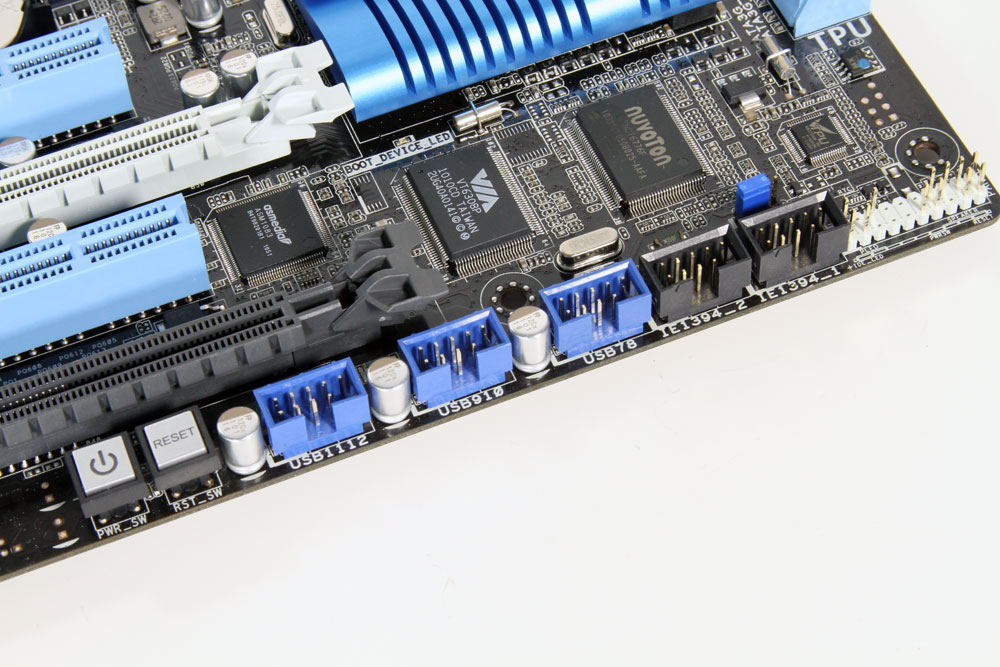 The bottom of the board features a lot of headers for additional connectivity including three for USB 2.0 ports and two more for FireWire. Looking to the left here you will see the included power and reset buttons that enable easy out-of-case use on testbeds or overclocking setup. 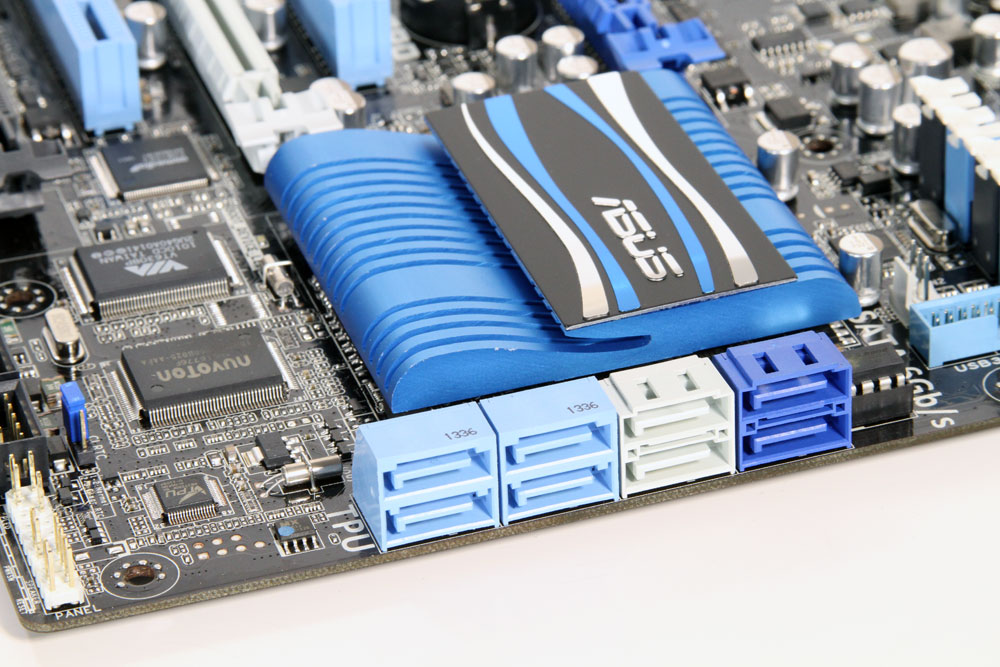 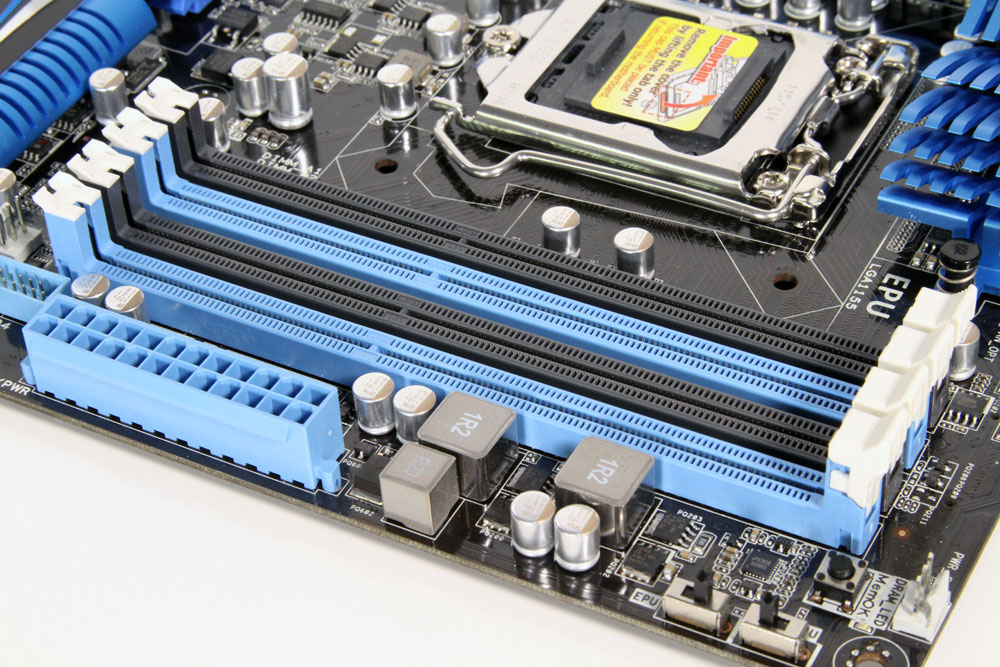 There are four DIMM slots for DDR3 memory and a pair of switches that enable power saving voltage adjustments in the BIOS when enabled.  Also on the far left you will see the header for the USB 3.0 expansion port that uses the custom built Asmedia (ASUS subsidiary) USB 3.0 chipset for all four ports. 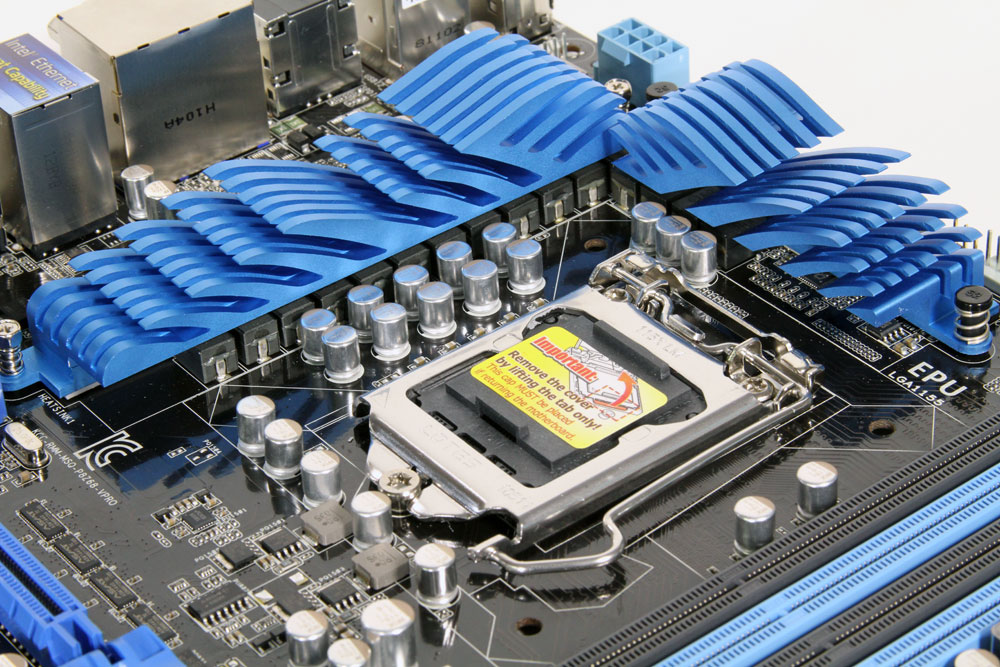 The LGA1155 CPU socket area includes the power management and MOSFETs under the dual heatsinks. 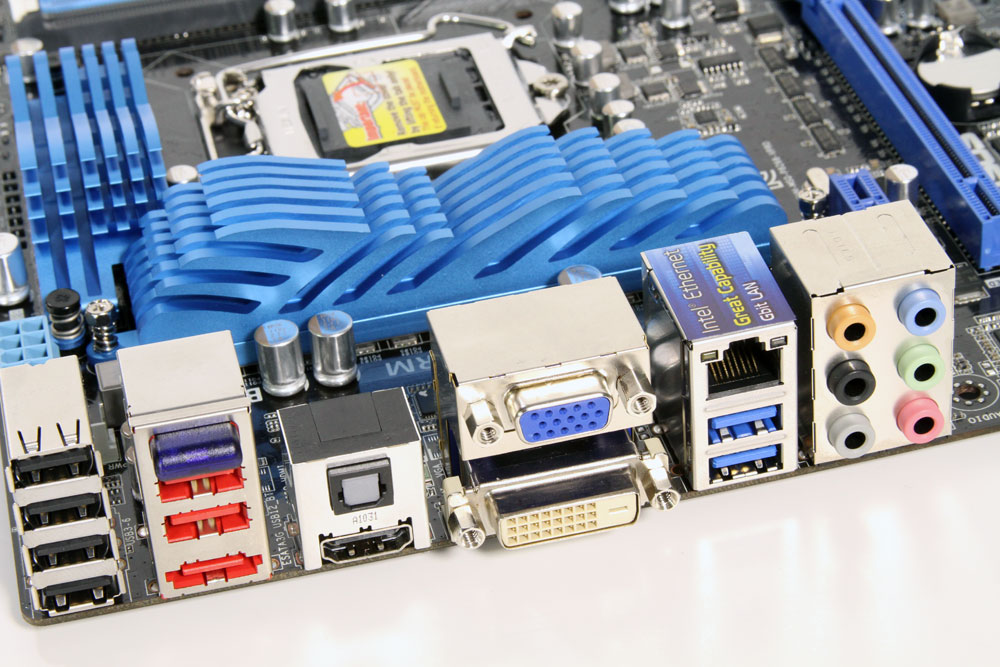 External connections on the P8Z68-V Pro motherboard include 6 standard USB 2.0 ports, a pair of USB 3.0 ports, Intel-based Gigabit Ethernet, 8-channel audio analog and digital output and an eSATA connection, all of which we are used to seeing in today’s motherboard market.  However, new to many will be the Bluetooth connection (seen above the red USB ports) and the collection of display outputs including VGA, dual-link DVI and HDMI ports.  This addition is what makes the Z68 chipset different than the P67 before it. 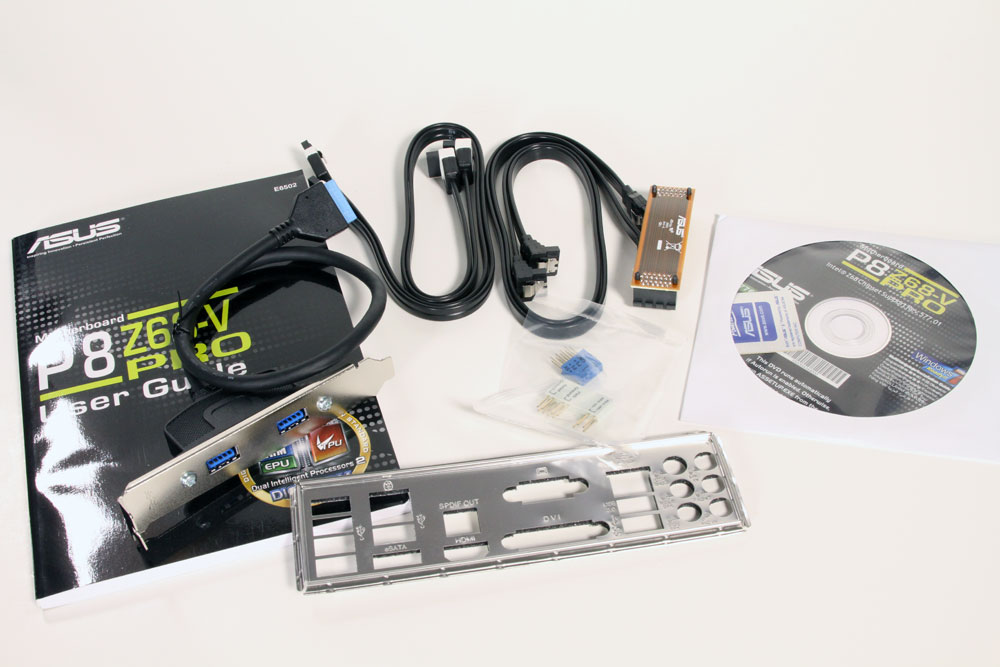 Because this is the Pro version of the motherboard, and thus is one of the lower cost options, there aren’t a lot of included extras.  Rather than getting the cables to take advantage of all of those USB/FireWire headers on the board we are only given the front mountable dual USB 3.0 port dongle, some SATA cables, SLI connection, etc. 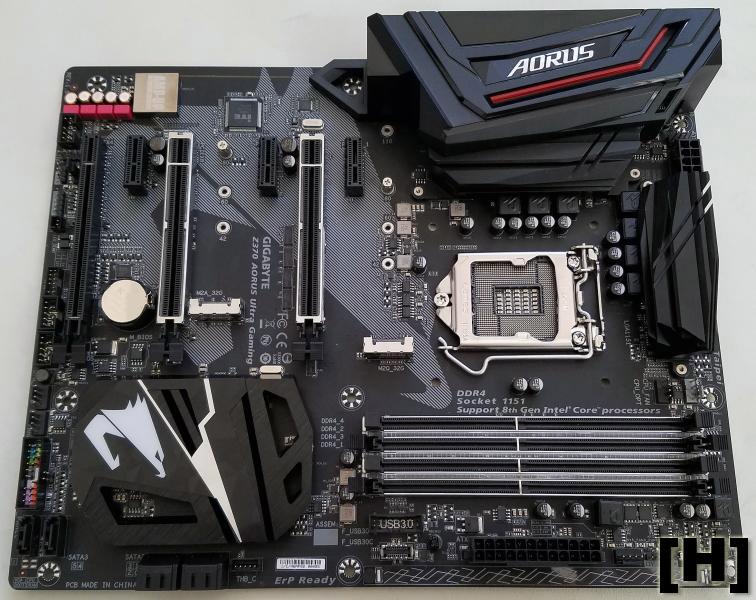