High-end gaming laptops represent the most powerful of a breed, and are built using all the creativity and ingenuity that laptop manufacturers have at their disposal. Somewhere along the path towards performance, practicality begins to fall to the wayside – but that’s okay, because it was never really the point.

The MSI GT680R is one of the goliaths of gaming laptops. Although there are larger gaming laptops than this 15.6” model, it remains a very big boy that’s not built with frequent or long-distance travel in mind. Of course, this substantial girth has made it possible for MSI to cram a slew of cutting-edge hardware inside. 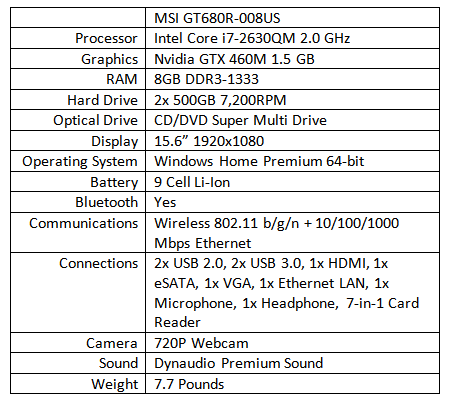 Obviously, the inclusion of Sandy Bridge is the big performance story. The processor in this laptop is the same one that was packed in the ASUS N53, a multimedia laptop that performed extremely well.  There are more impressive features here, however, such as the considerable amount of RAM, the dual 500GB 7200RPM hard drives, and a full 1080p display.  This configuration isn’t an unattainable, tricked out model, either. The GT680R-008US seems to be the only model of this laptop available in North America today, and it sells for a reasonable $1500. 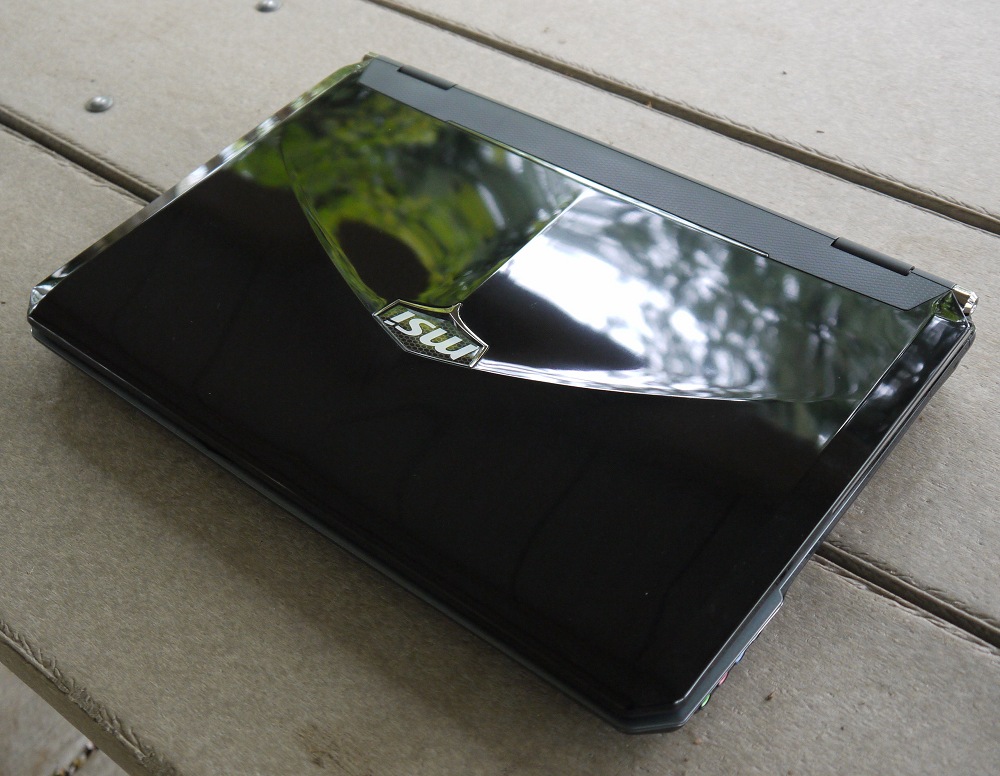 Gaming laptops are a license to go crazy. Design that would never work in any other consumer electronics device is given pass, and while this does make the products distinct, subtlety is rarely the chosen direction. Annoying LEDs with the power of the sun and vibrant paint-jobs that would be appropriate on a teenager’s first car are just some examples of how gaming laptops lose their marbles.

Given the competition, the MSI GT680R actually comes off as reserved and buttoned-down, at least in some cases. The exterior of the laptop is black trimmed with black, with LEDs only making limited appearance in a sort of light bar that’s placed near the display hinges. While I prefer this approach to gaming laptops, I must admit that the MSI GT680R’s first impression has far less impact than that of the ASUS G53, which takes conservative styling much farther. MSI has taken a middle road that seems quiet at first glance, but can become loud when the orange LEDs are on, creating an alien glow all around the laptop. I’m not sure what the point of this is, as they simply serve to be a distraction. MSI would have been better of leaving the LEDs out entirely. 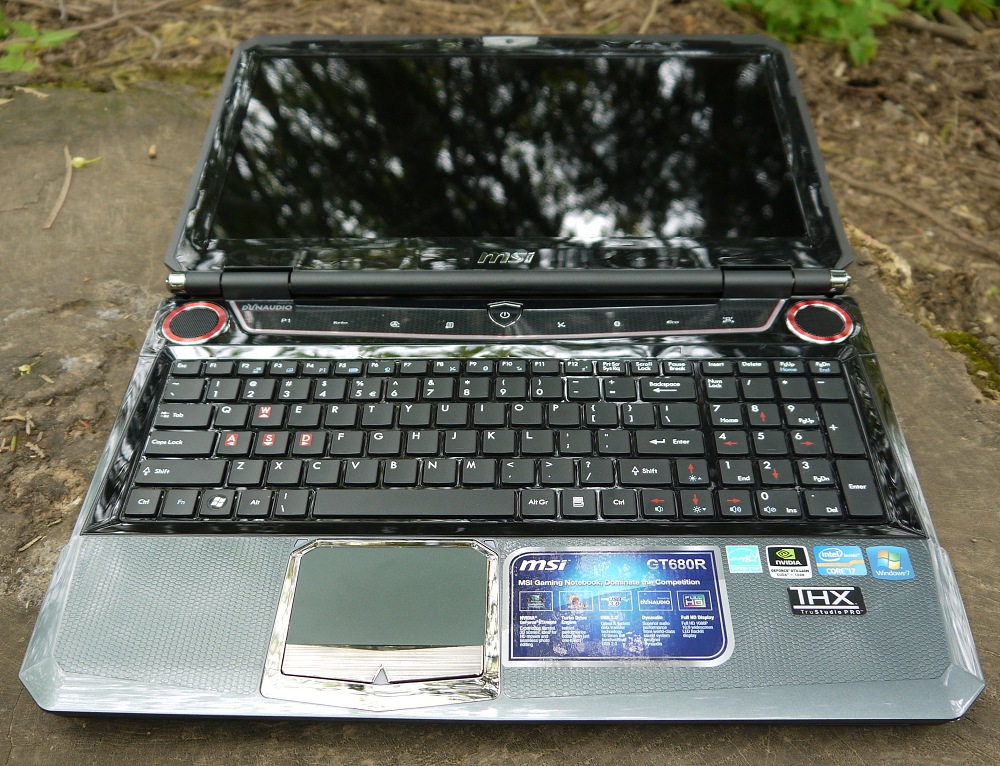 Opening the GT680R reveals a simple interior. Almost everything is black except for what’s gray, and the only design trait that’s eye-catching is the honeycomb pattern applied to the palmrest plastic. Although dull, there’s isn’t anything inherently wrong with simplicity. What I do have a problem with is the cheap look and feel of the plastics used. The palmrest, for example, has a transparent coating that is reminiscent of wood varnish. This is a $1500 laptop, and that should afford a certain feeling of luxury.

Looks aside, everything feels sturdy, even when romping on the keyboard during an intense firefight. There is very little flex throughout the chassis, and holding the laptop by one side induced only a few tiny groans of protest. My only point of concern is the display lid, which allows for substantial flex when pressure is placed on the center. Although unlikely to be a major problem, I would think twice before stacking heavy items on this laptop, and I’d be sure to take care when traveling.

Flipping the GT680R over reveals an unusual configuration. The battery is located on the front right had side of the laptop, and is physically small. While atypical, this design helps balance the laptop’s weight. The rest of the undercarriage is covered by a single plastic panel. The awkward size of this panel makes it difficult to remove, but once do so you’ll find that you have access to everything that’s user serviceable, and quite a few things that aren’t.