Power was measured at the wall, so it encompasses the entire system’s draw.  Considering that all other components in the system are identical, this should not be an issue. 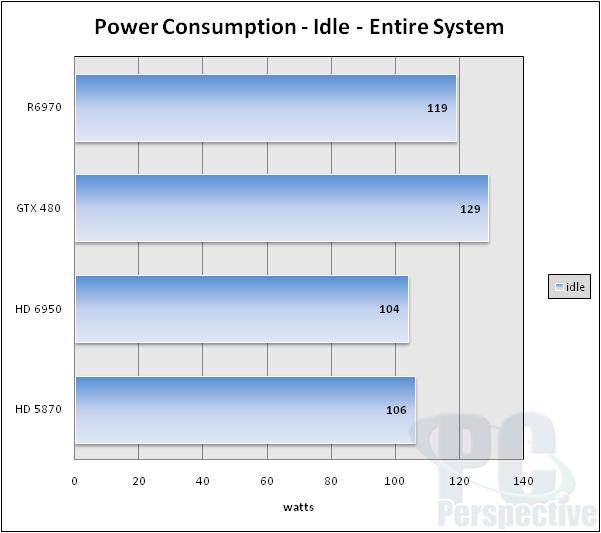 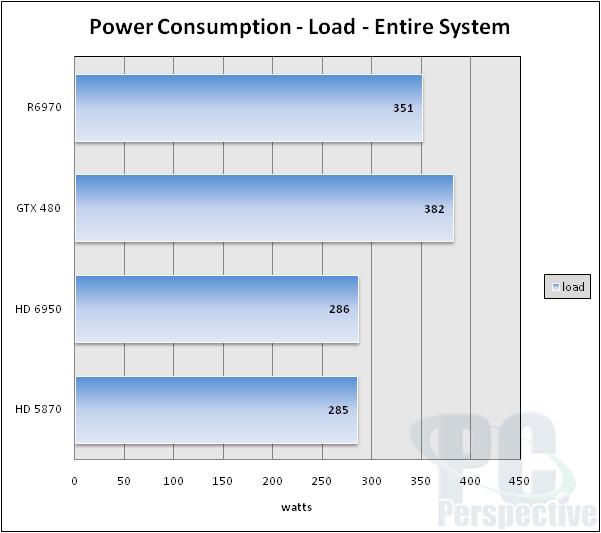 At idle all of the cards behave nicely, with the GTX 480 being slightly more power hungry.  Once we hit load, things get interesting.  The GTX 480 really sucks down the juice, but this is not necessarily news to anyone.  The R6970, even when overclocked by 40 MHz from stock, is still some 30 watts lower in draw.

Temperatures are even more interesting.  Measurements were taken from the MSI Afterburner utility for all cards.  The HD 6950 in this test features the MSI Twin Frozr II cooling solution, so it performs very closely to the Twin Frozr III unit on the R6970.  The HD 5870 is a reference board from AMD with stock cooling. 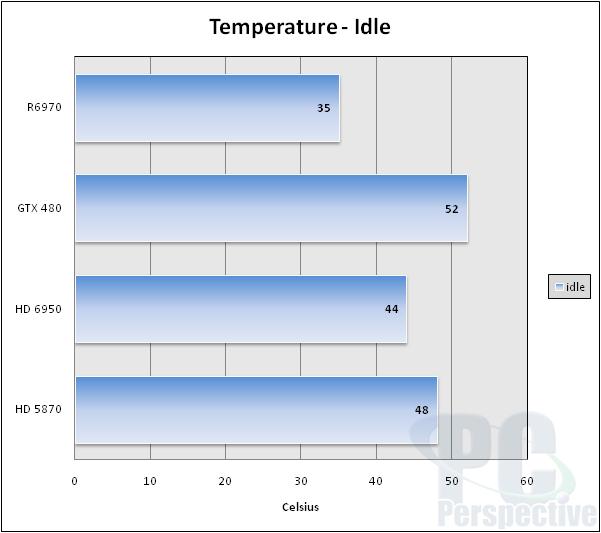 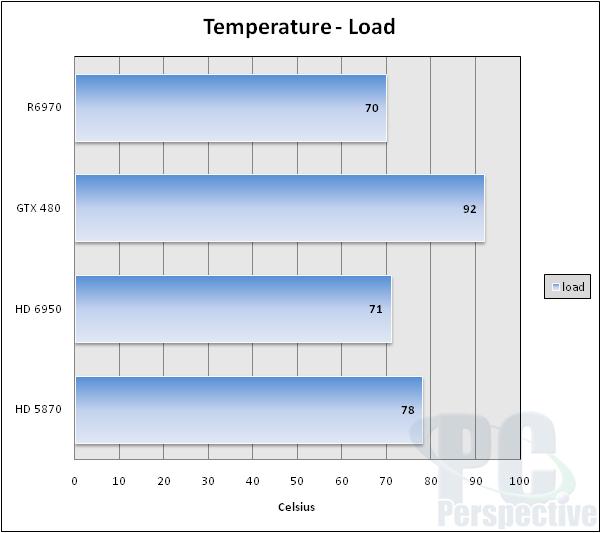 At idle the R6970 is nearly frigid.  Okay, that is an exaggeration, but it is far cooler than any other solution here.  Even the Twin Frozr II based HD 6950, which is a lower wattage card with a slower (and partially disabled) GPU.  Once things go to load, then the GTX 480 really exerts itself.  92C is pretty damn hot.  The older HD 5870 was known as a cool running card, and it shows up at 78C.  The two MSI Twin Frozr cards are very well behaved at 70 and 71C.  Again we must consider that the R6970 is fully functional, plus runs 120 MHz faster than the HD 6950 from MSI.  That it stays at 70C even at full load is exceptional. 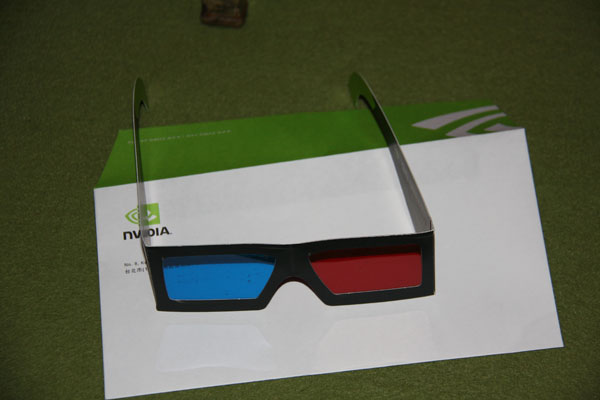 Computex 2009: NVIDIA gives away 3D Vision, but not really