NVIDIA is really making moves towards providing the mobile industry with the computing power to bring on better and faster phones.  They took a big hit losing the DMI/QPI license from Intel, though the $1.5 billion court settlement took some of the sting from that loss, the battle essentially spelled the end for NVIDIA’s motherboard chipset line.  Only being able to make motherboard chipsets for their main GPU competitor, AMD, might be amusing in an ironic sense but not an economically sound decision.

Tegra saw a change in NVIDIA’s target market, suddenly they provided a mobile chip that provided very impressive computing power and did not absorb a huge amount of power.  With the acquistion of Icera they now have a team designing the chips most necessary for a phone to have, RF and baseband transmission.  Perhaps they’ve a big enough foot in the door of the mobile market that they won’t be going anywhere soon.

Icera’s baseband and RF technologies span 2G, 3G and 4G networks. Joining them with our Tegra mobile super chip will result in a powerful combination. Tegra has secured a number of design wins across the mobile device spectrum, and we have extensive relationships across the industry, from device manufacturers to carriers. In short, we can scale Icera’s great innovation. For additional context on Icera’s industry-leading technology, check out this report from Strategy Analytics.

Our OEM partners will reap the benefits of faster time-to-market, better integration and enhanced performance. The deal will also open up a new market to NVIDIA. The $15 billion global market for baseband processors is one of the fastest-growing areas in the industry.

Looking ahead, Icera’s programmable baseband processor architecture will allow NVIDIA and its OEM customers to innovate and adapt signaling algorithms in the rapidly evolving mobile telecommunications market — network responsiveness is critical to delivering on the promise of untethered wireless visual computing. Icera’s highly efficient architecture makes it possible to cleanly integrate their baseband processor into system and software platforms rapidly and, ultimately, into the super chip itself, if that’s the best product approach. 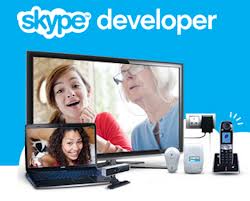 Time to give up on programming applications for Skype?

A Humble Bundle for those on the go