VIA is now jumping into the quad core business.  Just as Intel took two Core 2 Duo processors and mounted them on a single substrate, VIA is doing much the same.  The VIA Nano utilizes the V4-Bus, which is a close derivative of the Intel GTL+ bus used for the Pentium 4 and Core 2 series of parts.  As such, it is designed to be a shared bus between different processors.  This is the way that the CPU cores communicate with each other, and retain cache coherency. 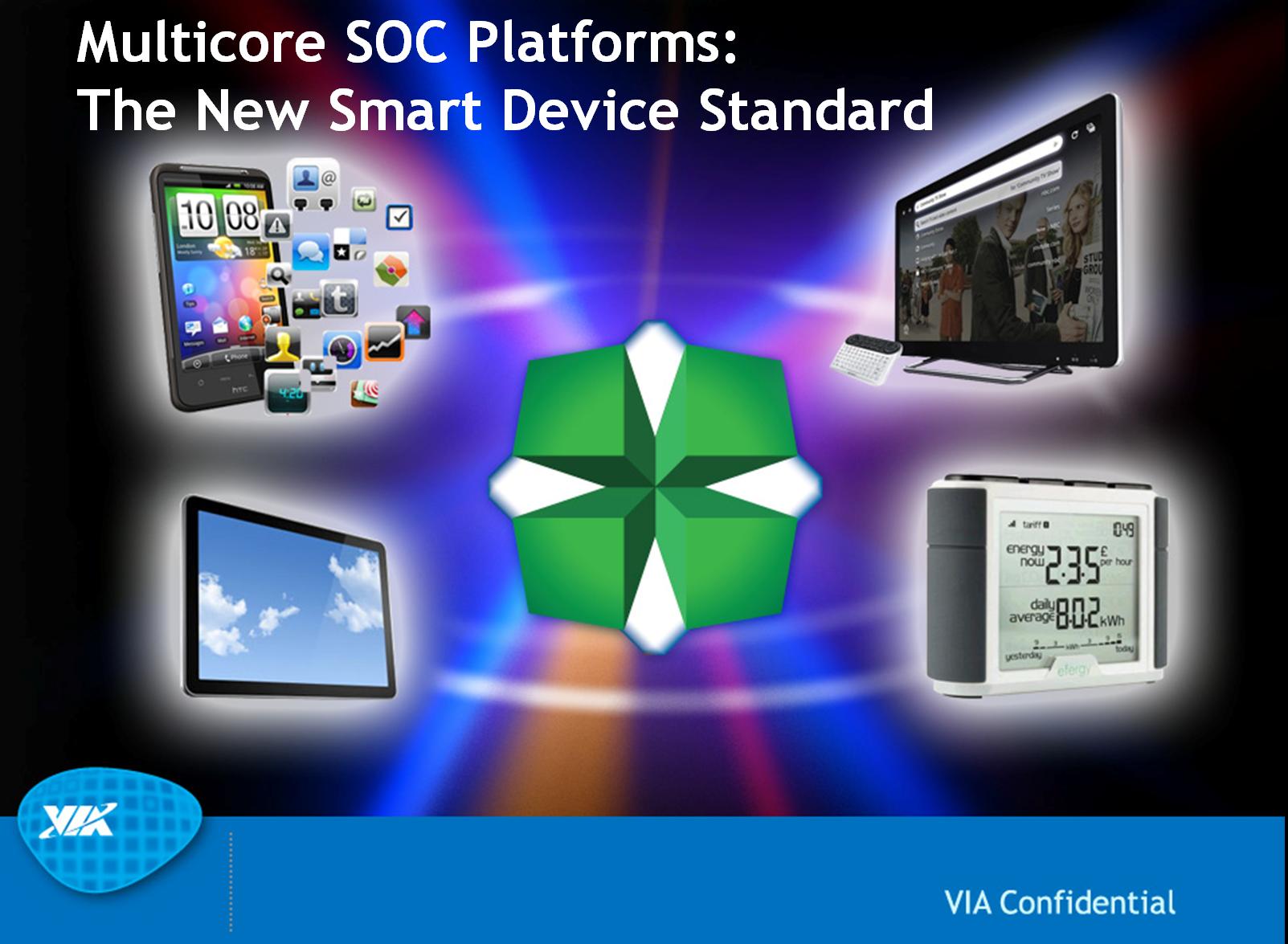 Two Nano X2 dies are mounted on a substrate and connected to the now improved and speedier 1333 MHz V4-Bus.  Unlike the Intel Core 2 Quad, each individual Nano core has to utilize the bus to communicate.  The Core 2 Duo chips were fully integrated with a shared L2 cache that did not need to utilize the GTL+ bus for communication, but the Core 2 Quad parts did in fact need the bus to talk to the other die on the substrate.

These Nano X4 parts are still based on TSMC’s 40 nm process, so TDPs have not significantly improved since they were introduced this year.  This is somewhat problematic for VIA, as they are forced to reduce the clockspeed on their parts to be able to reach the lower TDPs that they are aiming for.  Instead of running at 1.8 GHz, we will see these introduced at a top speed of 1.2 GHz.  It will still be around a 25 watt TDP for such a product, but single threaded performance will of course suffer against the 1.8 GHz Nano X2 products as well as the AMD Brazos platform.  Once we start getting into heavily multi-threaded content, then the Nano quad will really take off as compared to the competition. 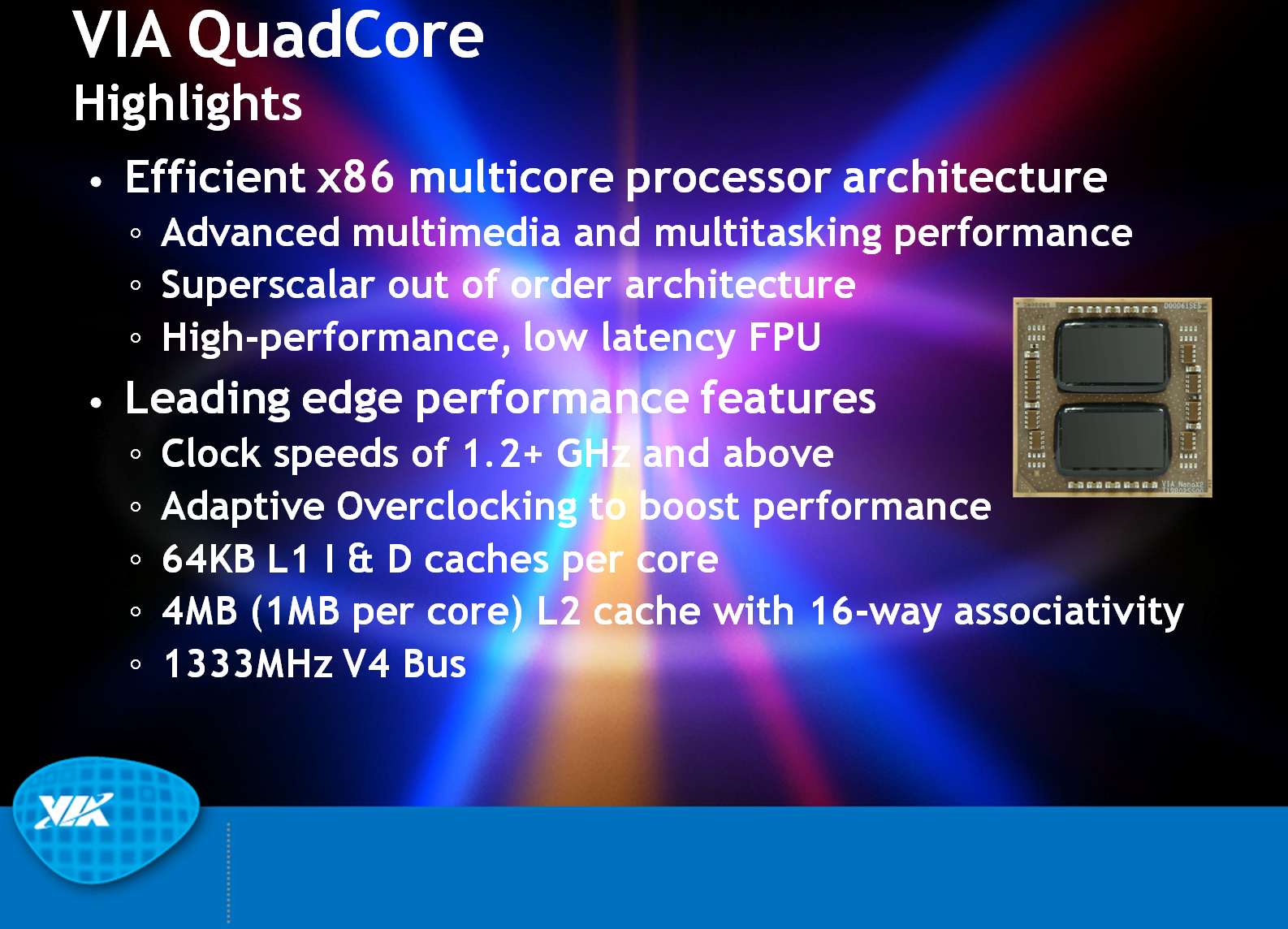 VIA is also introducing some basic turbo mode type functionality, but details are sparse so far.  We can assume that they will overclock one of the dies when there are few threads at play, or the CPUs are lightly loaded.  This will have to be a combination of BIOS and software driver advances to implement this, but we are still in the dark about how this will happen.

VIA is aiming for the low end desktop and server market with these quad core parts.  Even with tablets and handhelds flourishing, there is still a great need for a fully functional desktop unit.  Media centers, basic workstations, and many of the primary functions in which we use our computers with will continue even with the addition of even more advanced handheld and tablet products.  I am sure most of us will continue to use our desktops as our primary window to the digital world.  Blade type servers which require high compute density without sacrificing thermals or power consumption will also likely welcome these new quad core parts from VIA. 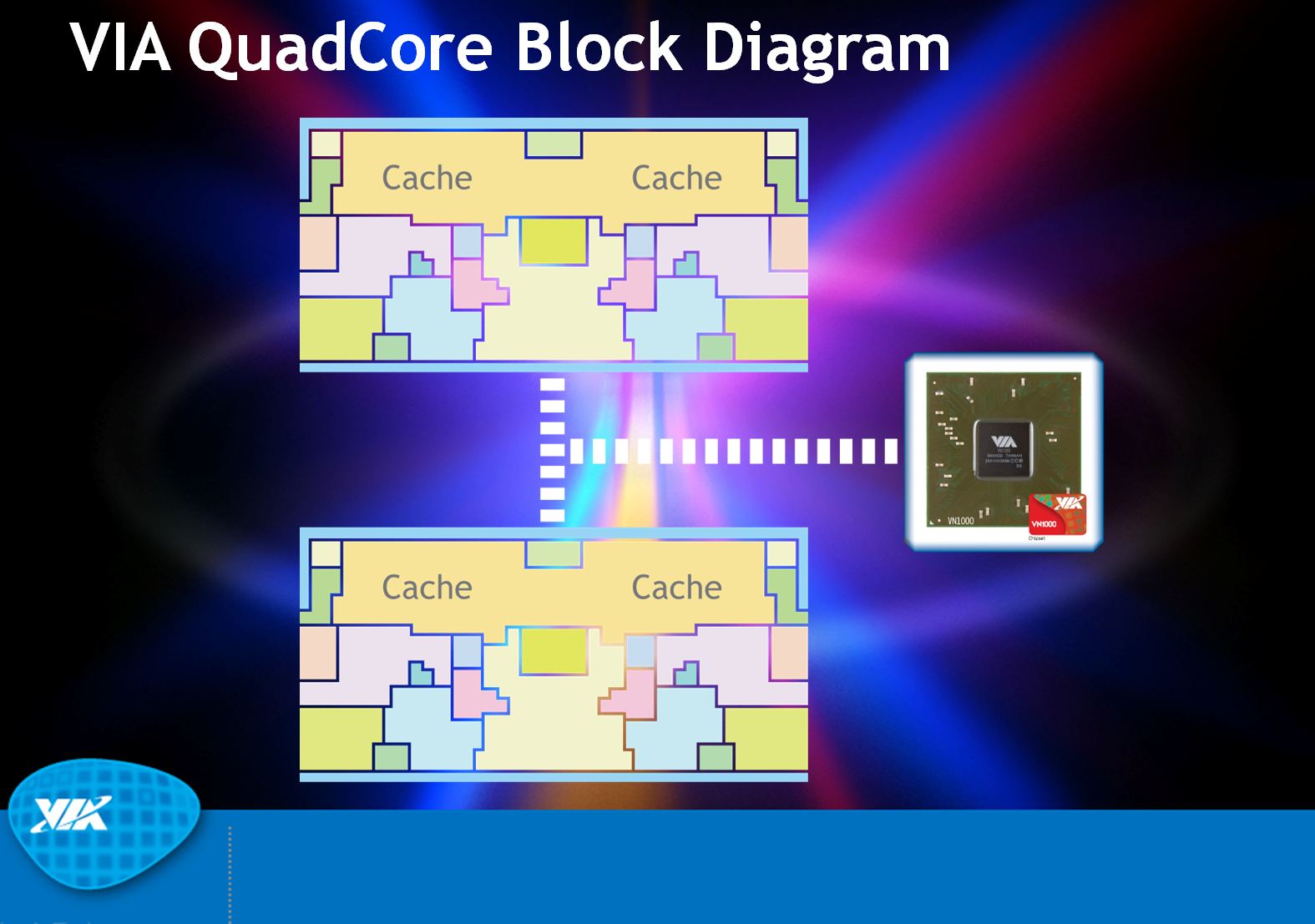 Many have been trumpeting the death of VIA for a long, long time.  But so far this scrapper of a company just keeps moving along.  The addition of a quad core Nano is making sure that VIA stays relevant in a world that is increasingly concentrating on low power, high performance computing.  These chips should compete well against the current stable of low power x86 processors, and we can bet that VIA is planning a new generation of parts once TSMC’s 28 nm process ramps up.  But for now the top of the stack for VIA will be the quad core Nano.