Before the AMD Fusion Developer Summit started this week in Bellevue, WA the most controversial speaker on the agenda was Jem Davies, the VP of Technology at ARM.  Why would AMD and ARM get together on a stage with dozens of media and hundreds of developers in attendance?  There is no partnership between them in terms of hardware or software but would there be some kind of major announcement made about the two company’s future together?

In that regard, the keynote was a bit of a letdown and if you thought there was going to be a merger between them or a new AMD APU being announced with an ARM processor in it, you left a bit disappointed.  Instead we got a bit of background on ARM how the race of processing architectures has slowly dwindled to just x86 and ARM as well as a few jibes at the competition NOT named AMD.

As is usually the case, Davies described the state of processor technology with an emphasis on power efficiency and the importance of designing with that future in mind.  One of the interesting points was shown in regard to the "bitter reality" of core-type performance and the projected DECREASE we will see from 2012 onward due to leakage concerns as we progress to 10nm and even 7nm technologies. 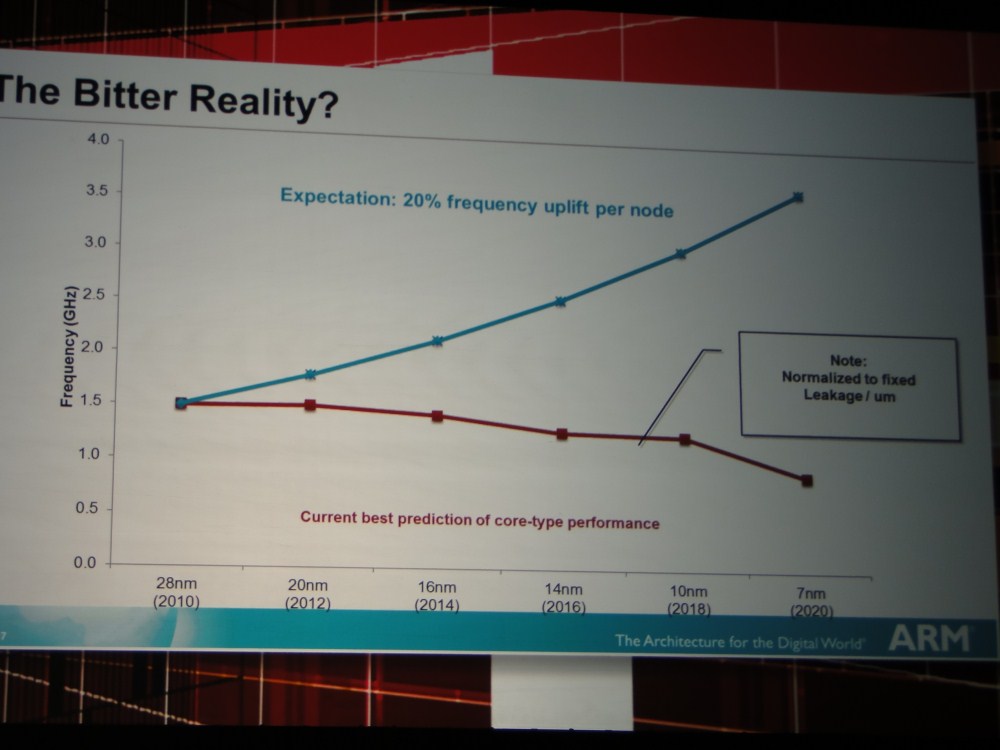 The idea of dark silicon "refers to the huge swaths of silicon transistors on future chips that will be underused because there is not enough power to utilize all the transistors at the same time" according to this article over at physorg.com.  As the process technology gets smaller then the areas of dark silicon increase until the area of the die that can be utilized at any one time might hit as low as 10% in 2020.  Because of this, the need to design chips with many task-specific heterogeneous portions is crucial and both AMD and ARM on that track. 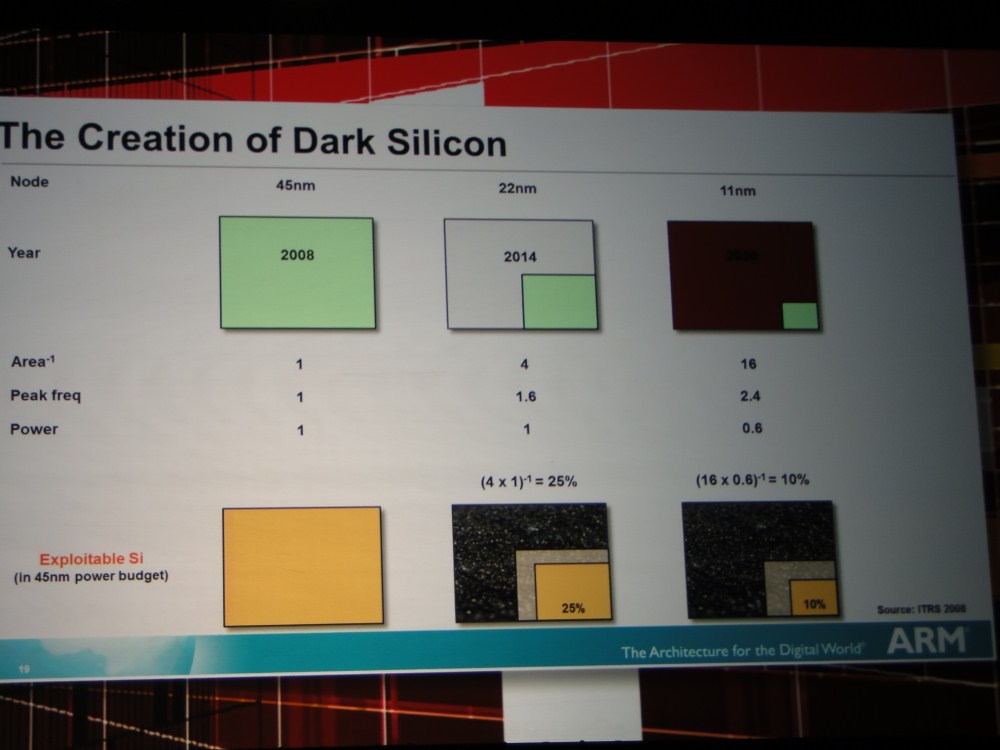 Those companies not on that path today, NVIDIA specifically and Intel as well, were addressed on the below slide when discussing GPU computing.  Davies pointed out that if a company has a financial interest in the immediate success of only CPU or GPU then benchmarks will be built and shown in a way to make it appear that THAT portion is the most important.  We have seen this from both NVIDIA and Intel in the past couple of years while AMD has consistently stated they are going to be using the best processor for the job. 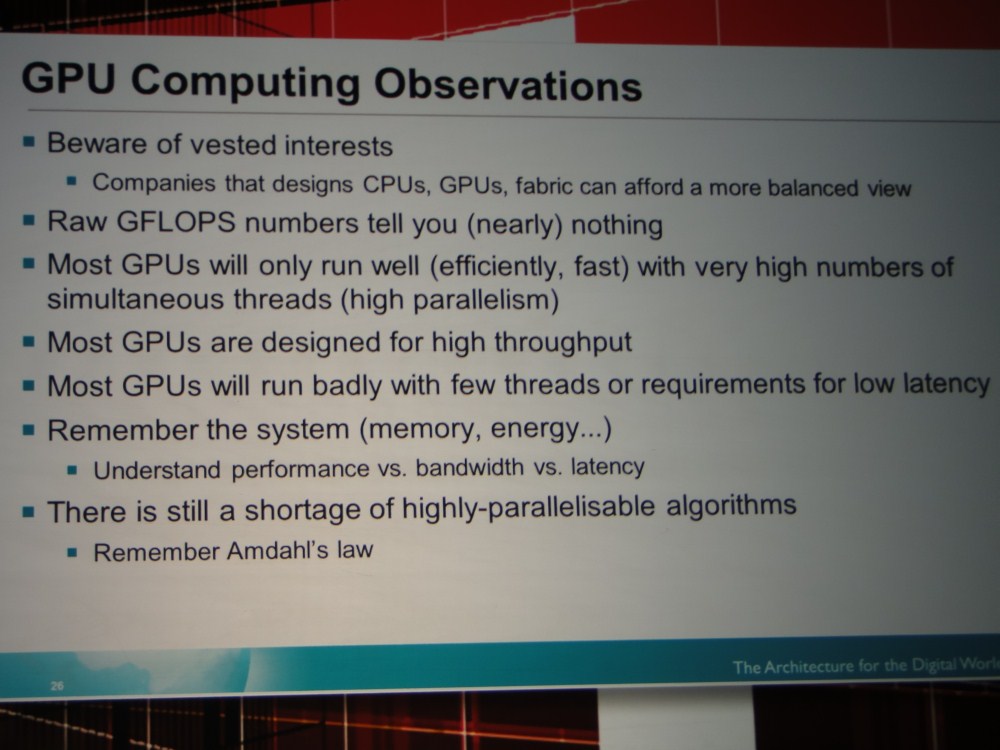 Amdahl’s Law is used in parallel computing to predict the theoretical maximum speed up using multiple processors.  Davies reiterated what we have been told for some time that if only 50% of your application can actually BE parallelized, then no matter how many processing cores you throw at it, it will only ever be 50% faster.  The heterogeneous computing products of today and the future can address both the parallel computing and serial computing tasks with improvements in performance and efficiency and should result in better computing in the long run.

So while we didn’t get the major announcement from ARM and AMD that we might have been expecting, the fact that ARM would come up and share a stage with AMD reiterates the message of the Fusion Developer Summit quite clearly: a combined and balanced approach to processing might not be the sexiest but it is very much the correct one for consumers.