Well that was an interesting twist…  During a talk on the next generation of GPU technology at the AMD Fusion Developer Summit, one of the engineers was asked about Trinity, the next APU to be released in 2012 (and shown running today for the very first time).  It was offered that Trinity in fact used a VLIW4 architecture rather than the VLIW5 design found in the just released Llano A-series APU.

A shader unit from the VLIW4-based Cayman architecture

That means that Trinity APUs will ship with Cayman-based GPU technology (6900 series) rather than the Evergreen (5000 series).  While that doesn’t tell us much in terms of performance simply because we have so many variables including shader counts and clocks, it does put to rest the rumor that Trinity was going to keep basically the same class of GPU technology that Llano had. 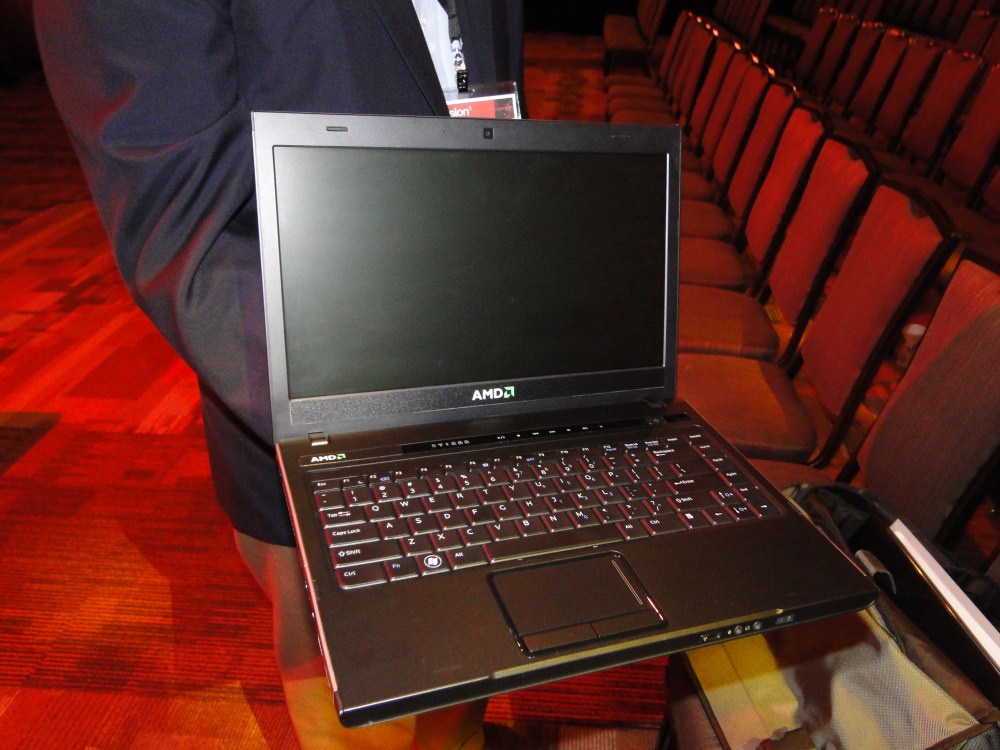 Trinity notebook shown for the first time today at AFDS.  Inside is an APU with Cayman-class graphics.

AMD is definitely pushing the capabilities of APUs forward and if they can stay on schedule with Trinity, Intel might find the GPU portion of its Ivy Bridge architecture well behind again.