3DMV was used to make sure that everything was communicating properly with the GPU portion, and it was getting fed the data it needed.  The “Performance” preset was used in this test. 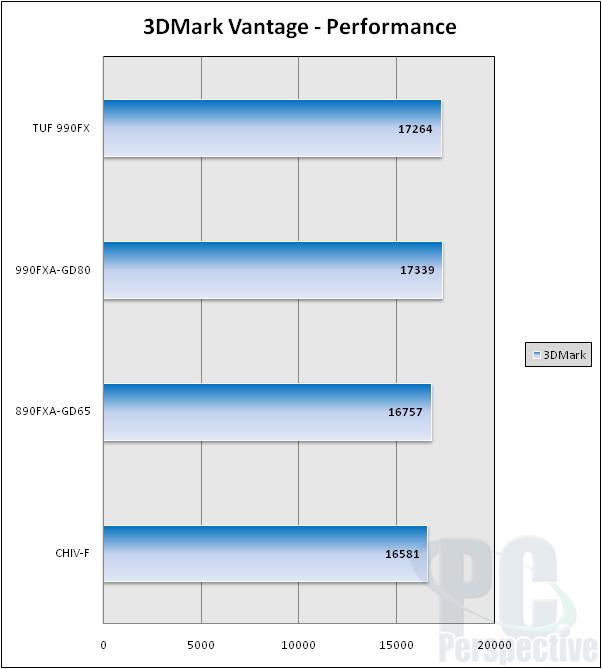 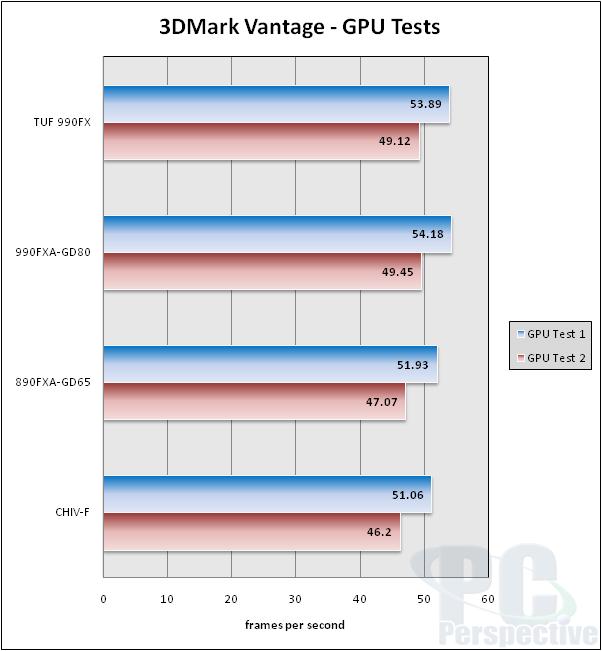 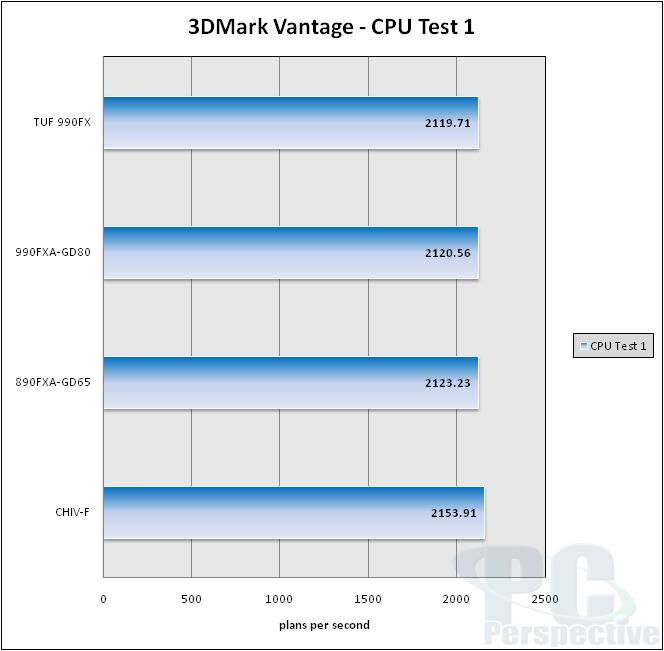 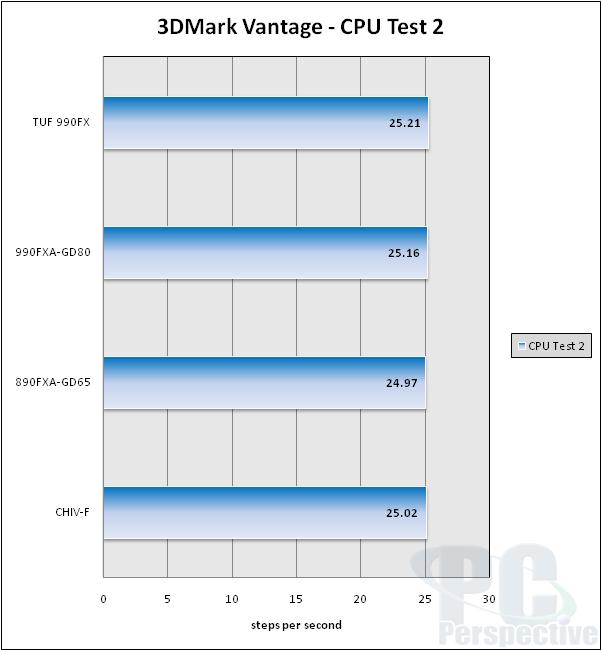 Not much to see here.  The 990FX boards had a slightly higher score than the others, but it certainly is not a dramatic difference.

This particular number is a bit more sensitive to memory speed and performance, so we can see some good fluctuations between implementations if the low level memory timings in the BIOS are set too conservatively by the manufacturer. 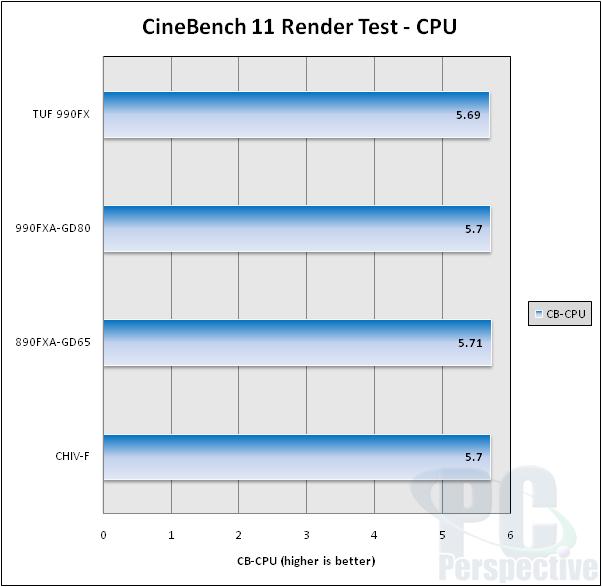 In theory, the new 990FX boards should be much more adept at powering down the CPU and other power consuming components.  The reality is that some of the older boards will have less actual stuff on them to eat that power in the first place. 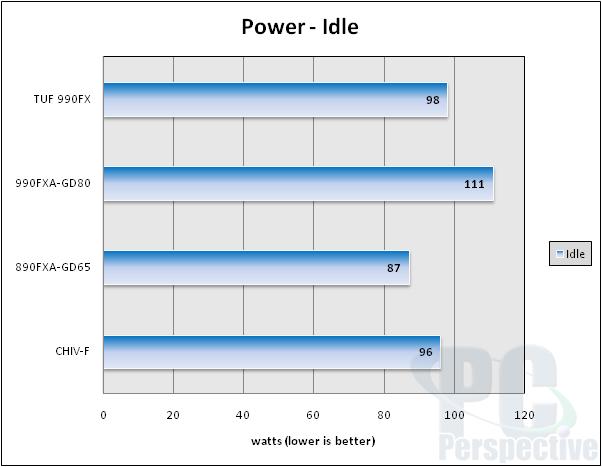 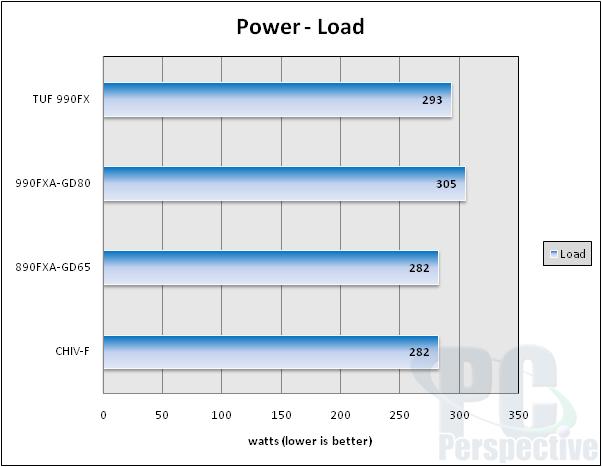 It idle we see the older MSI 890FXA-GD65 clamp down on consumption with only 87 watts at the wall.  The Asus board is coming in at 2nd with 98 watts.  For some reason the MSI 990FX board was eating quite a few more watts than the rest.

At load things get even more interesting.  The older MSI board does very well here, but the newer one is significantly higher in wattage.