The ASRock A75 BIOS and Overclocking Llano

Inside our First Llano BIOS

The good news about the AMD A-series platform launch is that it gives all the motherboard vendors an excuse to introduce UEFI for AMD.  The ASRock board we were shipped for this review did in fact have a UEFI implementation on it and it seems relatively flexible.  The only thing I saw missing right away were controls for overclocking the HD 6550D graphics. 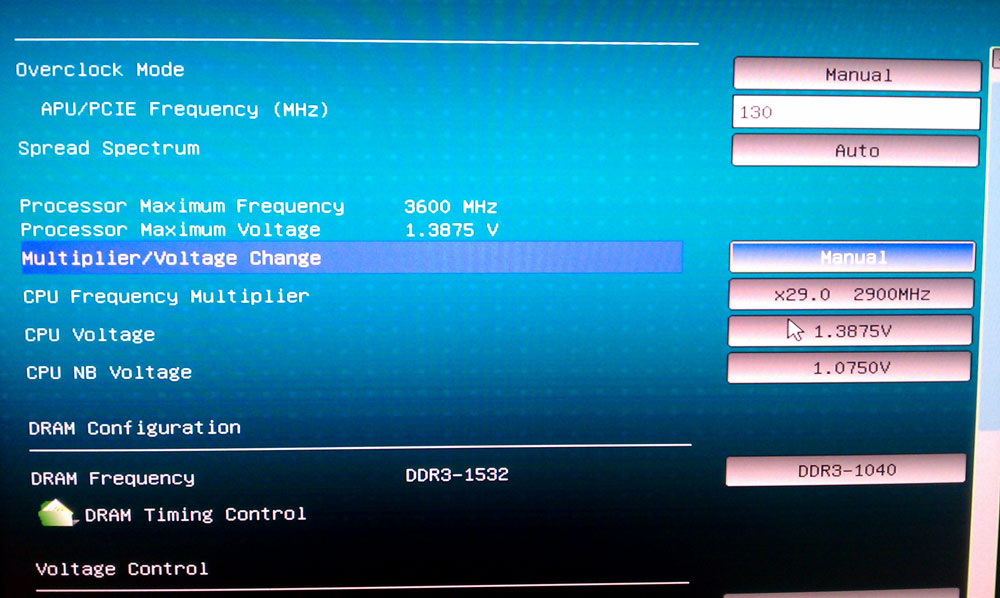 Overclocking is done via a multiplier or a base bus speed: our defaults were 29x and 100 MHz.  But, since all of the Llano APUs are expected to have locked CPU multipliers (you can still lower them though), you are limited to overclocking the system via the system bus and memory multipliers.  Interestingly, overclocking the base clock not only pushes your CPU frequency and memory frequency (as we are used to) but also your GPU and north bridge frequency.  So a base clock move from 100 MHz to 120 MHz would result in a CPU speed of 3.48 GHz and a GPU speed of 720 MHz. 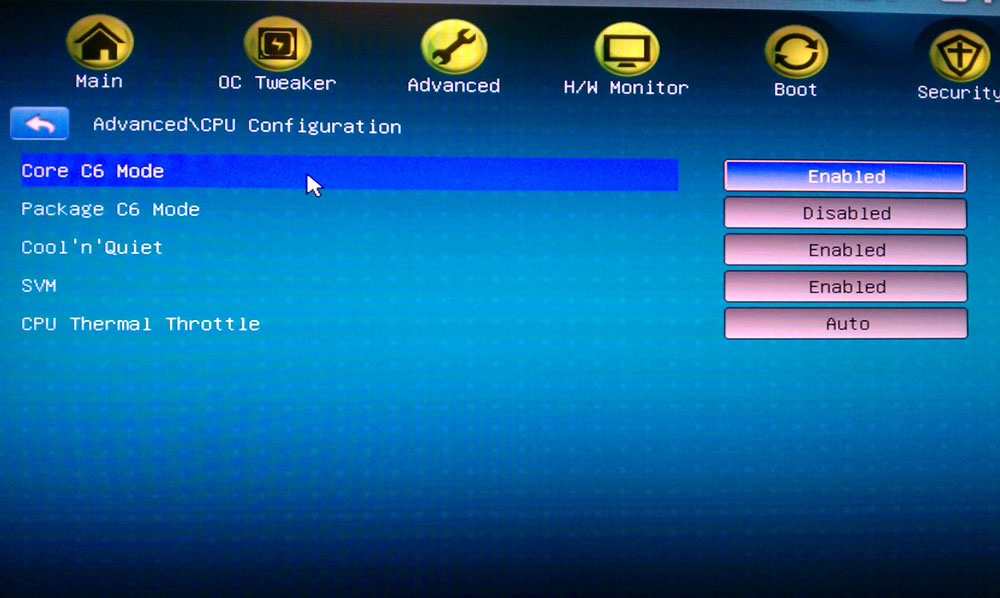 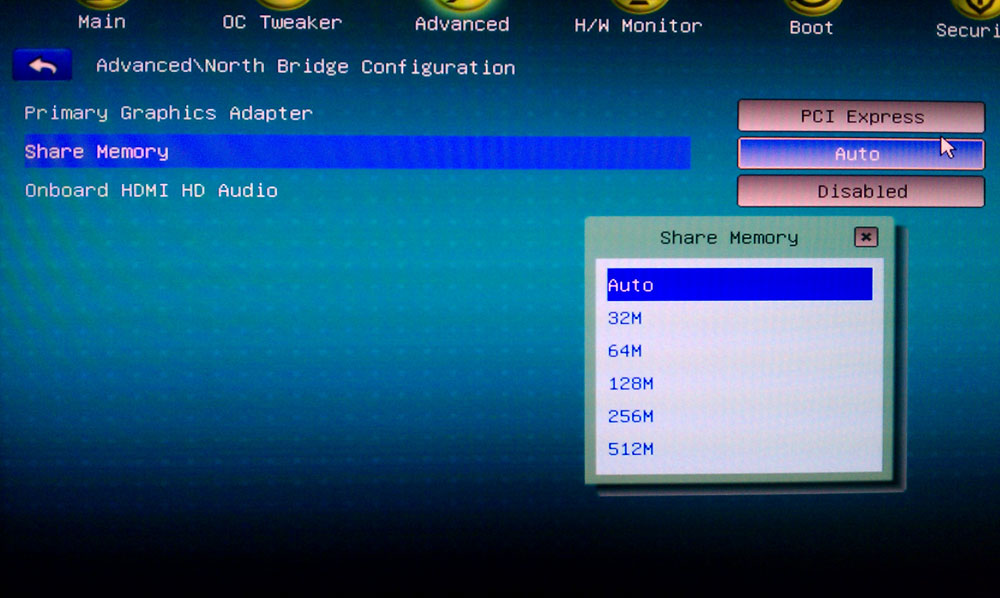 You can adjust how much memory the HD 6550D is given for its work though it defaults to 256MB.  I did try running some tests at 512MB and saw basically no performance improvements so the 256MB settings seems like the optimal one. 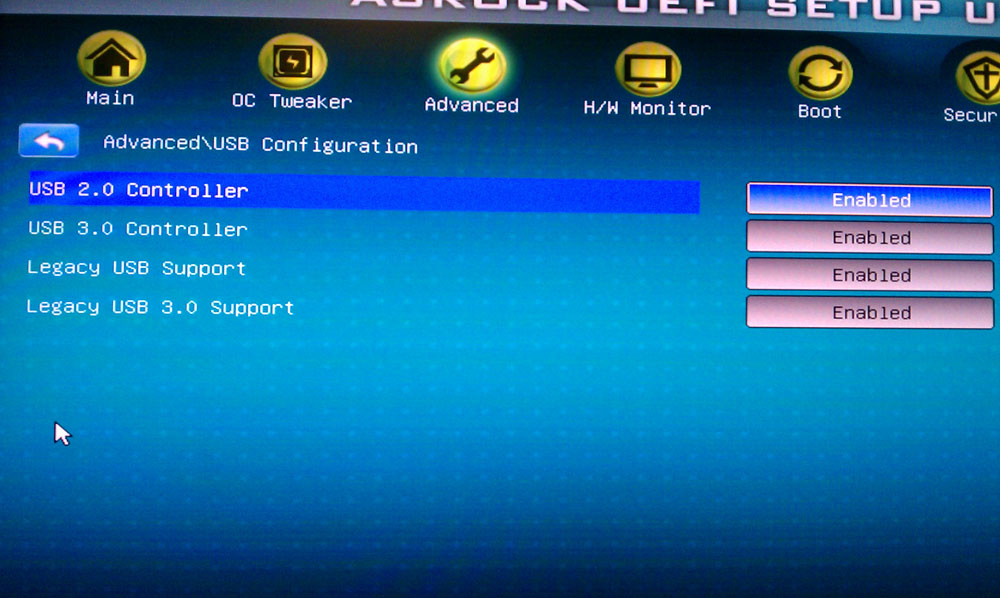 There are controls for the USB 2.0 and 3.0 controllers here. 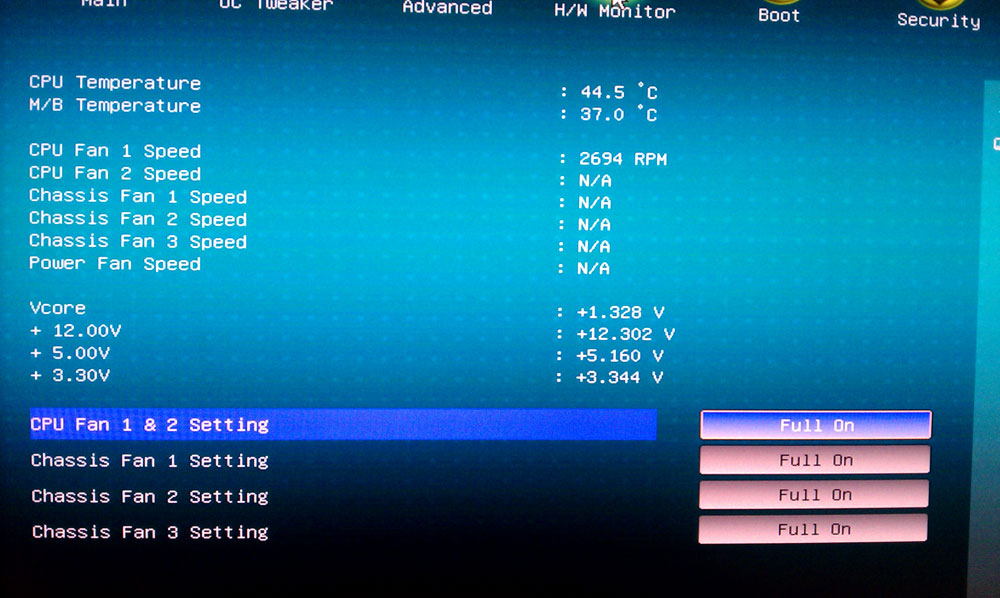 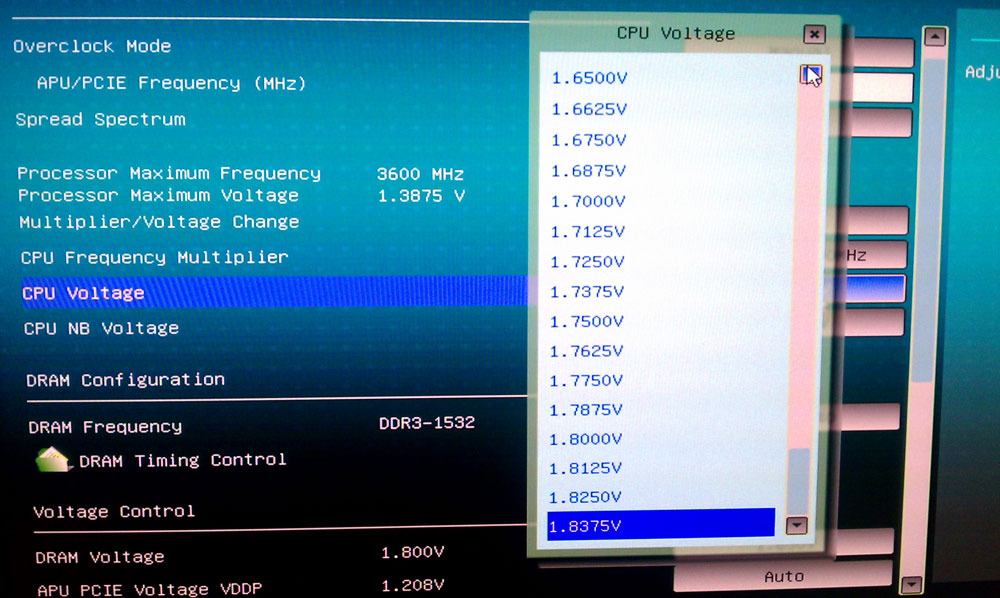 There plenty of voltage adjustments including those for DRAM, the CPU and the CPU north bridge functions.  We were able to keep our DDR3 memory from Corsair at 1.65v for all of our testing without an issue.

Overclocking the AMD A-3850 APU

So the basics of overclocking Llano are pretty basic then: everything flows from the reference clock that defaults to 100 MHz.  You can lower the CPU multiplier while pushing reference clock higher if you want to only overclock the memory and the GPU, or you can push the whole system at once if you would like.

AMD did give us this warning though: "Note that SATA and / or USB may run out of spec and you might see HDD detection issues etc if you push too far! This might vary between motherboard designs and some may be able to "lock" the SATA/USB clocks or use additional dividers.  We have seen reports of 133MHz and even 148MHz ref. clock overclocking. This suggests that some boards likely have a divider that kicks in at 133MHz (i.e. 120MHz would likely fail but 133MHz might again work as the SATA/USB clocks return to safe values)." 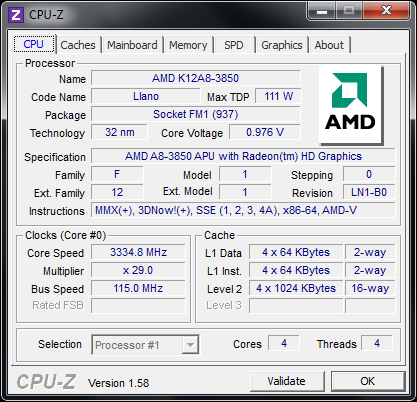 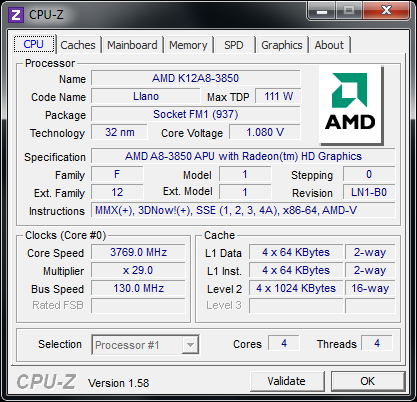 Pretty surprisingly I was able to get a base clock of 130 MHz by pushing the CPU voltage up about 0.2v (be careful here!) and run stable.  That gave us a CPU clock rate of 3.76 GHz and a GPU clock rate of 780 MHz.  That isn’t too bad for our first attempt with only a little trial and error!

We will be playing with these systems and different motherboards very soon to get more acquainted with the system and really push Llano to its limits.