At their Republic of Gamers press conference ASUS showed off a prototype concept motherboard that really got some attention.  The board combines an LGA1366 processor socket for current generation Nehalem processors AND a socket for the upcoming Sandy Bridge-E processors called Socket 2011.  What does a beast like this look like?

Okay, so this board probably won’t fit in your case and maybe won’t even see the light of day outside a few reviews and interesting designs.  But the concept is cool to see: use your LGA1366 processor today and still be able to upgrade to the Socket 2011 platform when those CPUs are released.  You can see each processor has its own seperate memory slots though they share most of the other components.

The price of this board will also likely make it less than appealing to consumers; even those conscious of upgrade paths.

Llano on Linux, good but not good enough 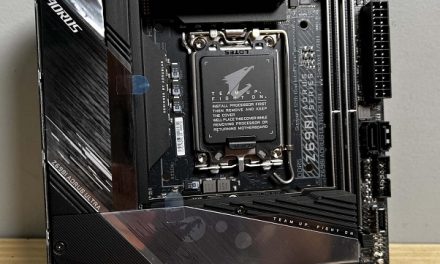