While perusing the ASUS booth for notebooks and graphics cards and motherboards, we also spotted some new overclocking software that looked kind of interesting.

ASUS GPUTweak will ship with ASUS graphics cards starting later this year but they did indicate that it will be available as free download for users of ANY brand of graphics card; which is a nice way to gain some street cred.  The software combines a monitoring application, overclocking application and custom version of GPU-Z in a single interface to allow users to really push their GPUs beyond stock settings.

Besides the semi-standard options of frequency (both GPU and memory), voltages and fan speeds, ASUS GPUTweak software will allow users of ASUS Matrix / ROG graphics cards to modify the timings on their GPU memory as well, something that is unique to its offerings. 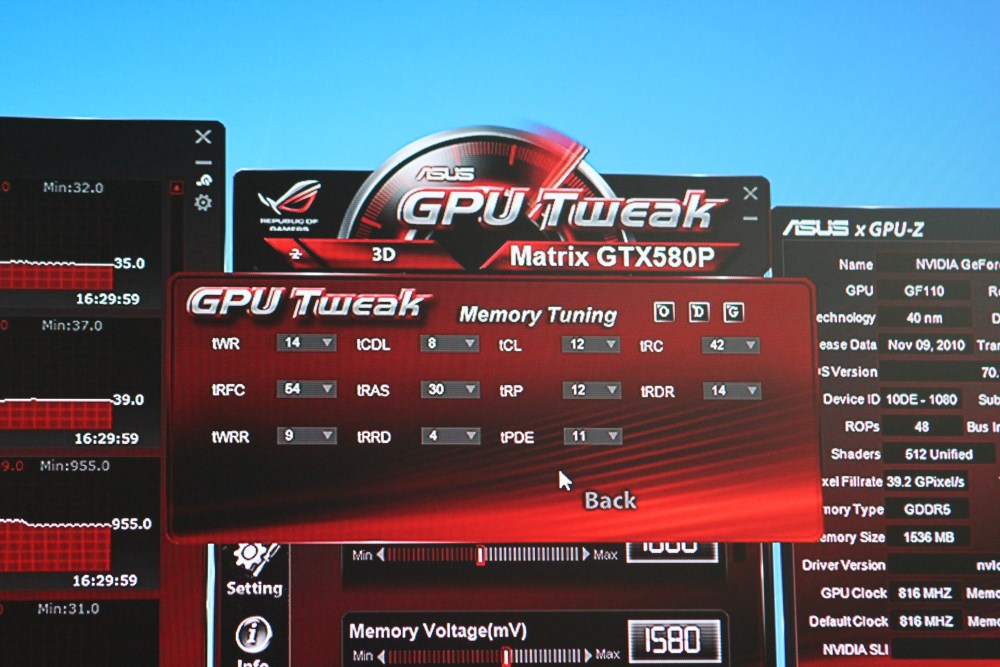 The software will also allow you "burn" settings into your Matrix cards BIOS so that they will boot at the overclocked settings regardless of the any installed software or operating system.  There is a Safety button on all Matrix cards to revert back to the original settings in case of an emergency…

It is nice to see ASUS jumping into the ring here with some competent software and I am curious to see how it will be welcomed after we have seen MSI’s Afterburner application become such a hit with gamers.