Habley has recently shown off a new small, embedded computer dubbed the SOM-6670E6XX. The new computer is the size of a post-it note; however, it sports an Atom E600 processor running at 1.0Gh as well as an integrated GMA600 graphics core. To be more specific, the motherboard in question measures 70mm x 70mm. 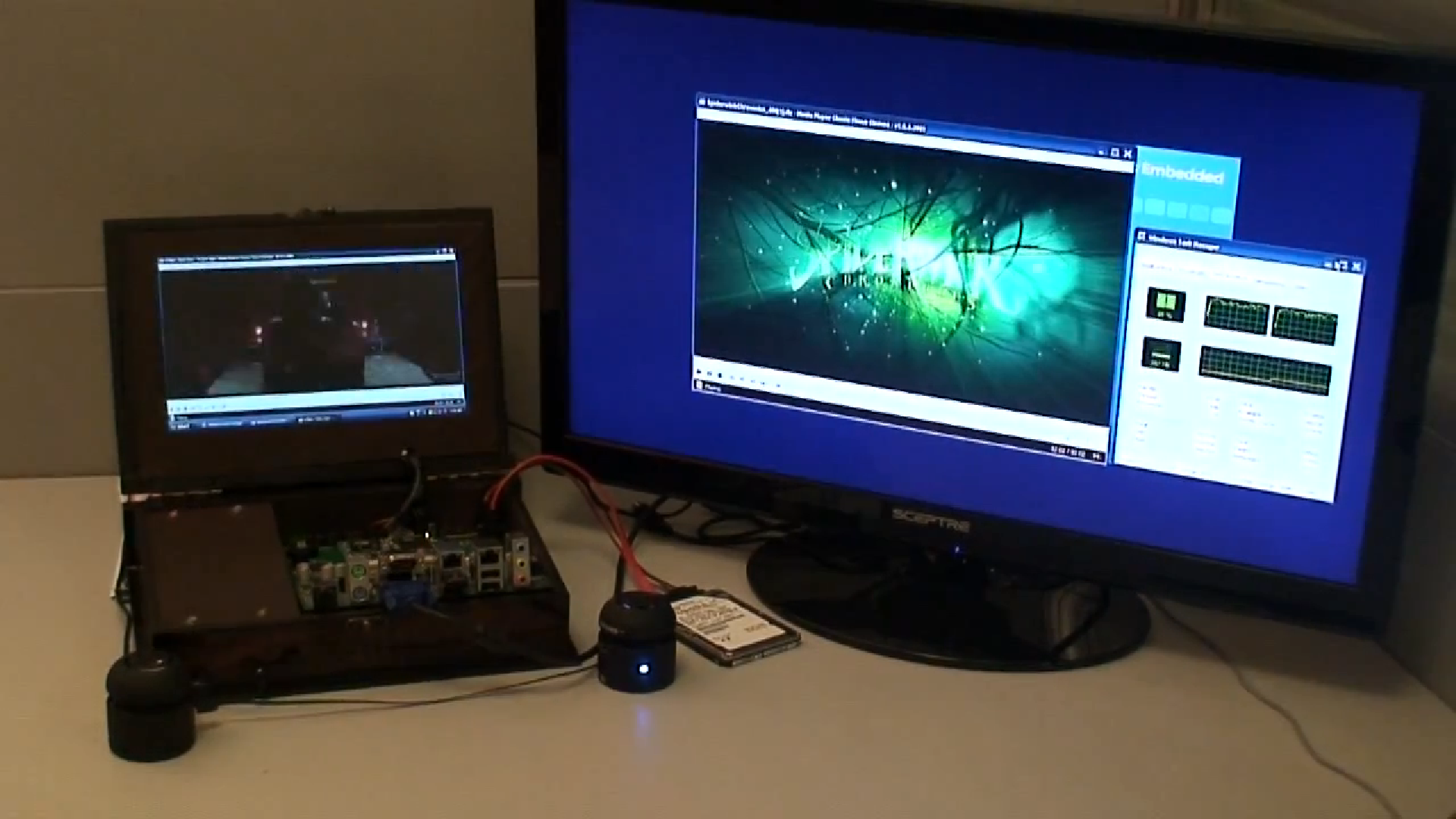 The CPU and GPU blend is able to support two displays and pipe two HD video streams to each. Using Media Player Class Home Cinema 1.5, the computer is able to play both a 1080p MPEG4 trailer of the X-Men First Class film and a HD FLV version of SpiderWic simultaneously. While playing both films, the CPU saw around 93% usage and 210 MB of RAM from the Windows Embedded 2009 operating system. Further, while playing an HD FLV film trailer while also watching an HD YouTube clip, the processor was again pegged at 93% usage; however, in this test the RAM usage was much higher, at 422 MB. The test system used, in addition to the SOM-6670, it consisted of a SOMB-073 Carrier board (which provides the various IO including video and audio output, mouse and keyboard input, and SATA ports), 1GB of on-board RAM, and a 5400RPM laptop form factor (2.5”) 120GB hard drive.

Including the two monitors, at 1280×768 (over HDMI) and 1920×1080 (SDVO) respectively, the system drew 18 watts during usage. You can see the test system of the small HD-capable computer in action in the video below. What uses do you have in mind for a micro-sized computer such as this?

Intel’s shines a light on the CPUs possible future