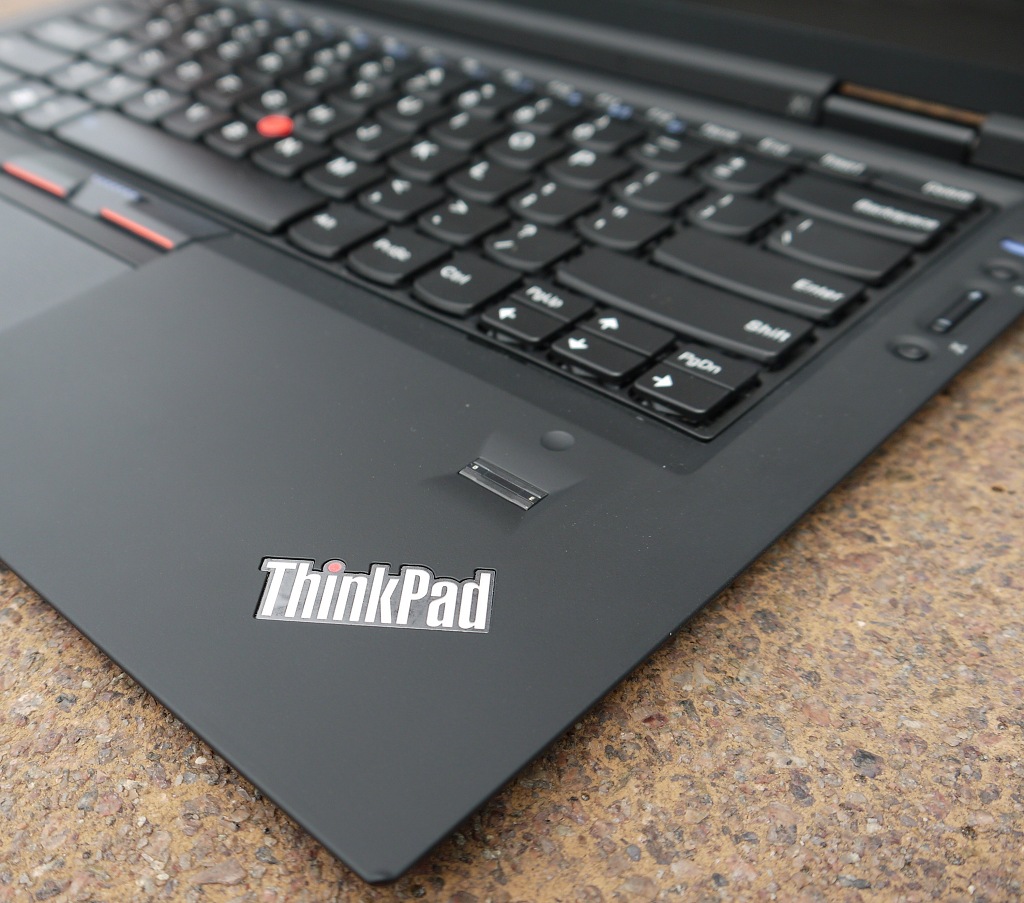 The Lenovo ThinkPad X1 comes with an island style keyboard, which is also found on other models such as the ThinkPad Edge. Although I do prefer the more traditional beveled design found on the T-series, the keyboard on the X1 is exceptional. The keys are large, and each stroke is precise and smooth. There’s quite a bit of travel in the keys, which gives a smooth and definitive feel to the typing experience.

A backlight is built in, which is an unusual feature for a ThinkPad – most instead use a small LED at the top of the display, since it can light both the keyboard and any nearby documents. I’m sure the decision to go with a backlit keyboard is due to the thin lid, but whatever the reason, it gives the X1 a more modern and luxurious feel. 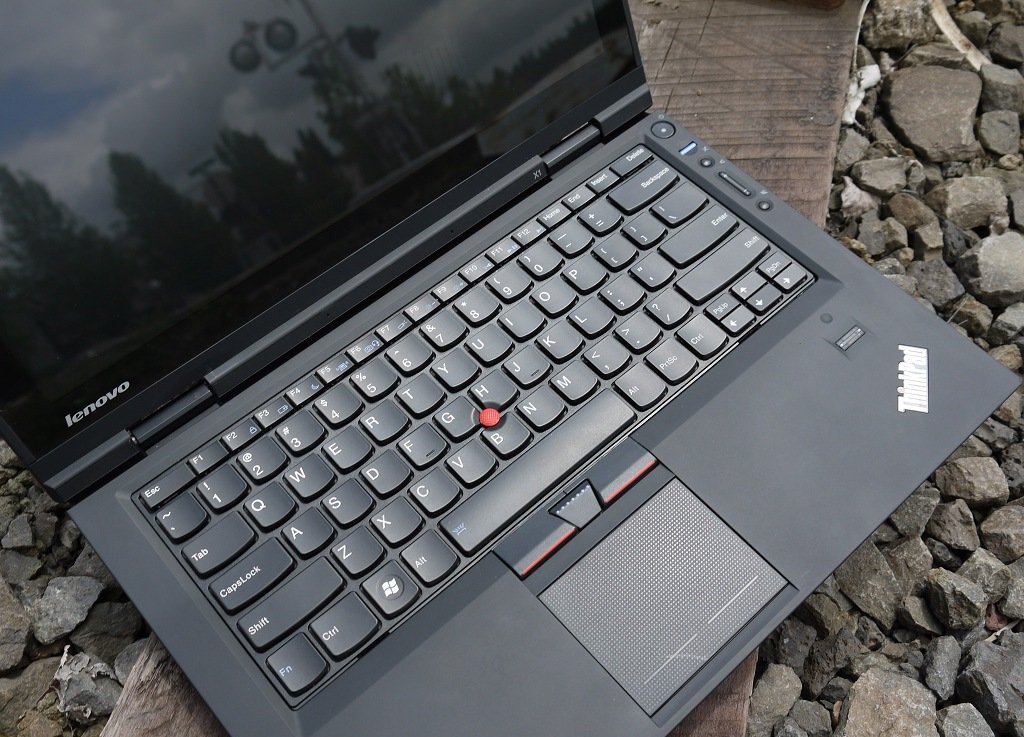 If you’re looking for a large touchpad, the X1 will please you. The almost perfectly square touchpad is well textured and a pleasure to use, although multi-touch gestures can be finicky at times. There are no individual buttons on this touchpad – instead, you’ll need to depress the lower edges of the touchpad for right and left click. I usually dislike this design, even on the MacBook that I personally own, but the X1 is tolerable. This is due to the light pressure required to activate right/left clicks. There is also, of course, a touchpointer with its own row of buttons available just below the keyboard, and these inputs remain among the most accurate and compact available on any laptop.

Also of note is the large palmrest area on the X1. It’s not uncommon for laptops to provide insufficient space, which leaves the user’s palms and/or wrists hanging off the edge of the laptop. This can make the use of an otherwise comfortable laptop difficult for extended periods of time. Fortunately, the X1 offers a palmrest area large enough to land a Boeing 747 – or at least accommodate the majority of users. 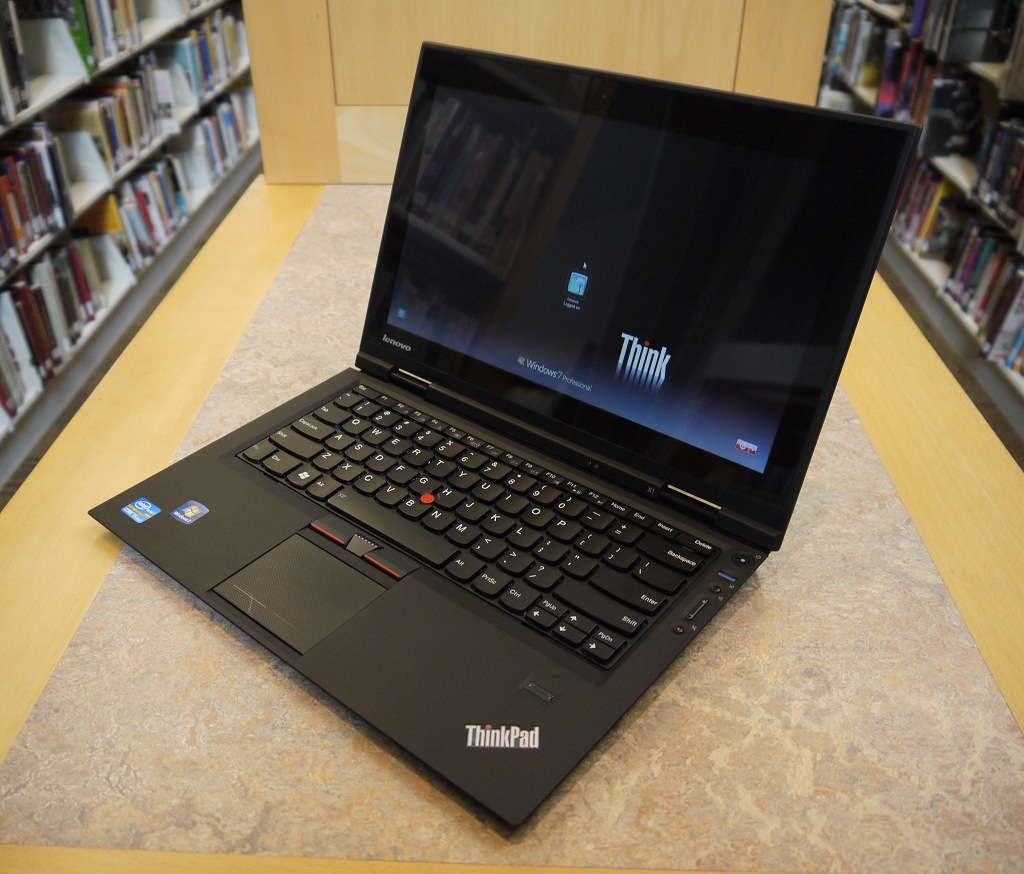 Lenovo has long been praised as one of the last brands willing to offer a wide range of laptops with matte displays. The recent ThinkPad Edge revision, for example, actually switched to making matte display and lid options an important part of some Edge laptops after starting with gloss on both surfaces. It’s clear that Lenovo is willing to listen to customers and give them what they’re after.

The gloss on the X1 isn’t the typical Tupperware-esque veneer that’s found on many inexpensive laptops. It’s Gorilla Glass, which has received a great deal of attention due to its use in many tablets and smartphones including those by Apple. I’m sure Lenovo would have preferred to offer a matte option, but the thin lid presents a durability issue, making Gorilla Glass necessary. 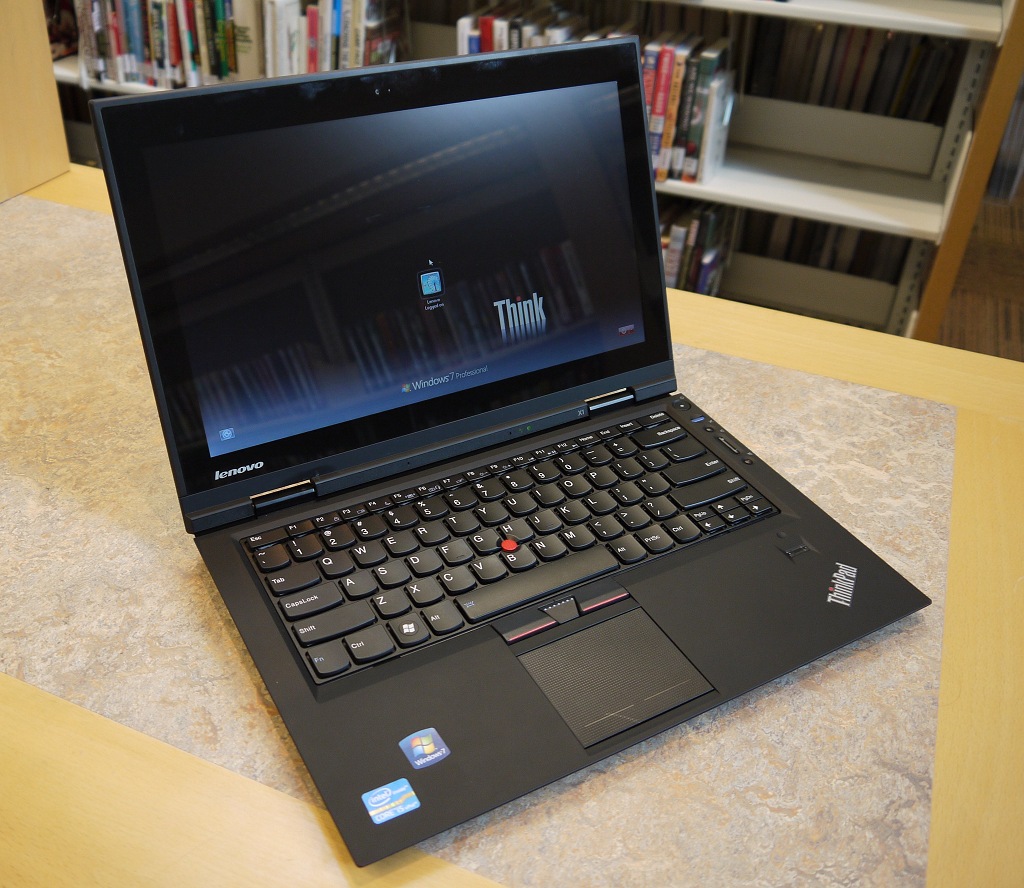 Justifications aside, there’s no denying the disadvantages of the gloss in a laptop like the X1. Lenovo at least included a powerful backlight, which makes the X1 usable outdoors on a cloudy day – as long as you don’t mind working through the reflections of your hands and chest.

Vertical viewing angles are not great, so you may need to adjust the display’s angle frequently if you’re moving about a home or office. Black levels are tolerable, and while there’s some banding in gradient test images, it’s not extreme. The only resolution available is 1366×768, and this again is entirely average. It’s also a bit of a downgrade because the previous X301 could be had with a 1440×900 display.

There aren’t any visible speakers on the X1, so I wasn’t expecting much when I pumped up the volume and hit play. To my surprise, the X1 immediately filled the room with quality sound. There’s some distortion to be found when playing music at maximum volume, and although loud enough to fill a small room with sound, the X1 may be lost in a larger venue. Still, what’s provided will be more than what most X1 users will expect or need. 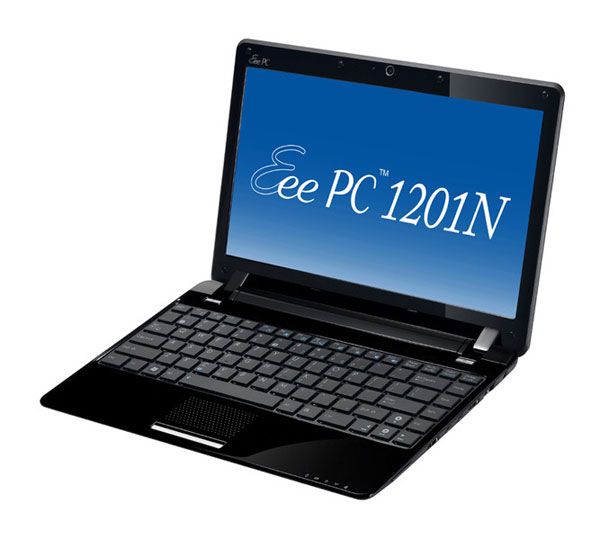