While current Intel Sandy Bridge processors are arguably the fastest out there, and will push a video card to its limit, I tested with the latest AMD Phenom II X6 1100T.  If a user wants to see a higher powered CPU running the GTX 560 Ti cards, then I would suggest reading Ryan’s initial review.  Very few reviewers take the time to see how these cards run on the AMD platform, and I would expect that there are quite a few curious users who want to know how they perform.  Luckily for AMD, once resolutions of 1680×1050 and above are used with medium and high graphics settings enabled, the CPU takes a back seat as the bottleneck invariably becomes the GPU. 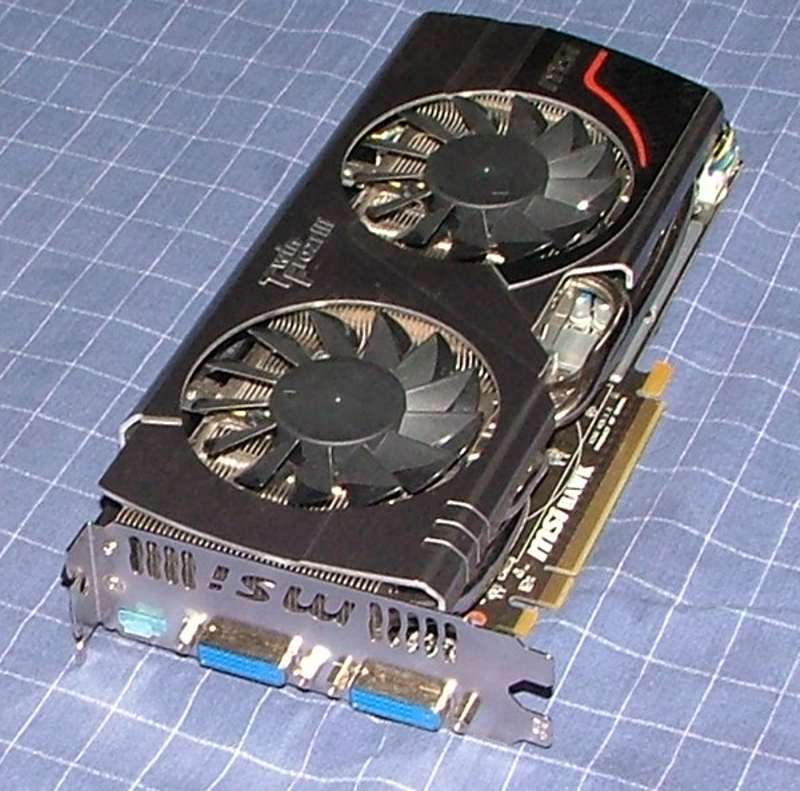 The card features 2 x DVI-I ports as well as the mini-HDMI.  Some of the warm exhause is vented out of the back, but obviously not all.

Here we have a good look at the anti-warping bar.  The card is a hefty thing to pick up.

The latest 3D Mark hammers on DX11 content like Ryan hammers on free drinks in first class.  Mercilessly.  The performance preset was used across all cards. 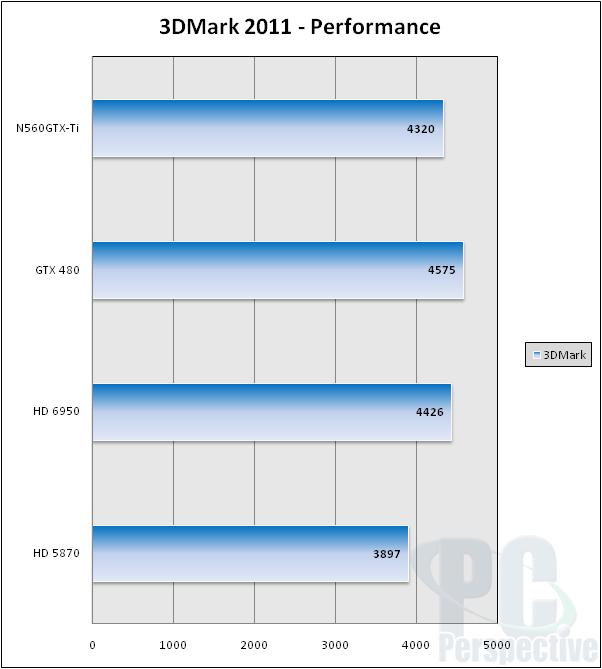 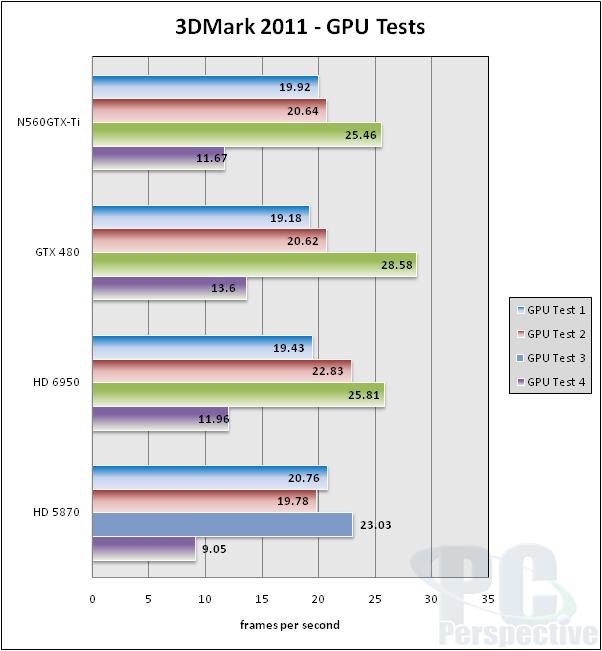 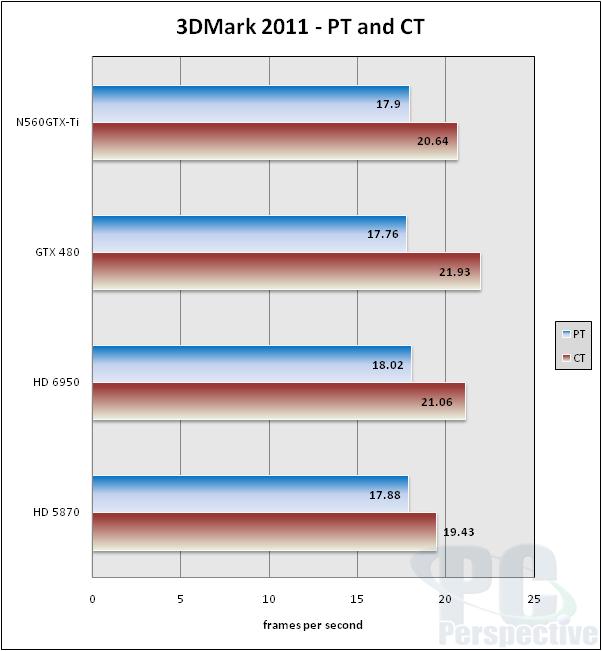 Going back to the DX10 based Vantage provides an interesting result in terms of testing a well known and well optimized application.  The performance preset was used yet again. 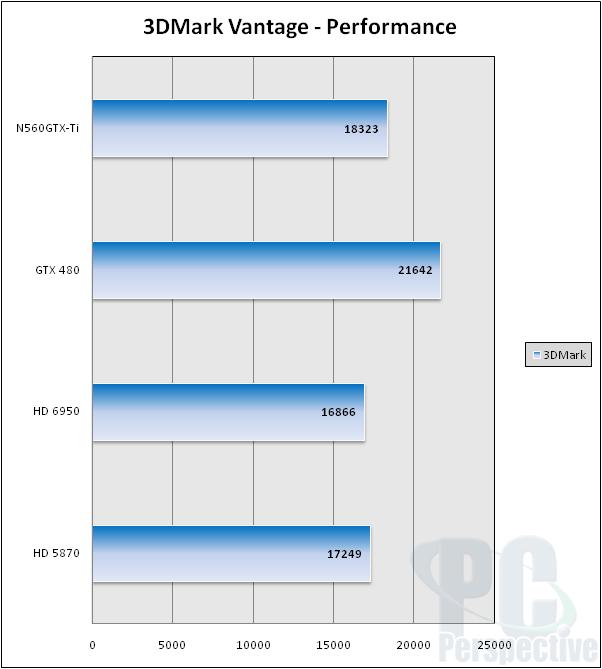 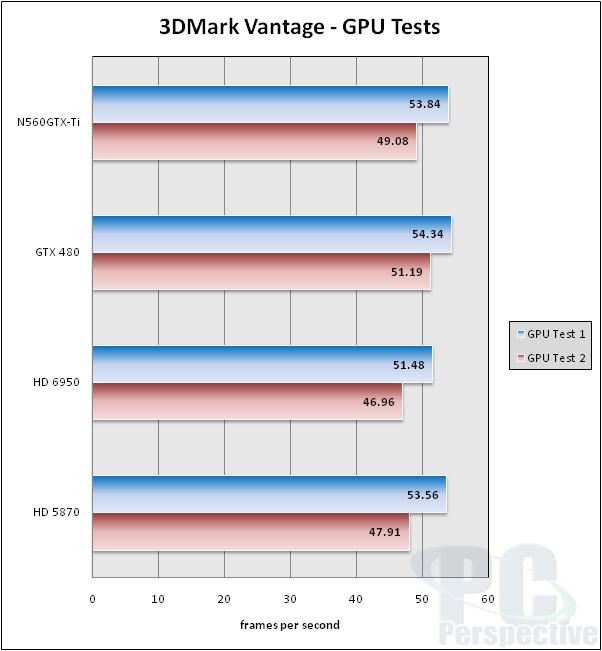 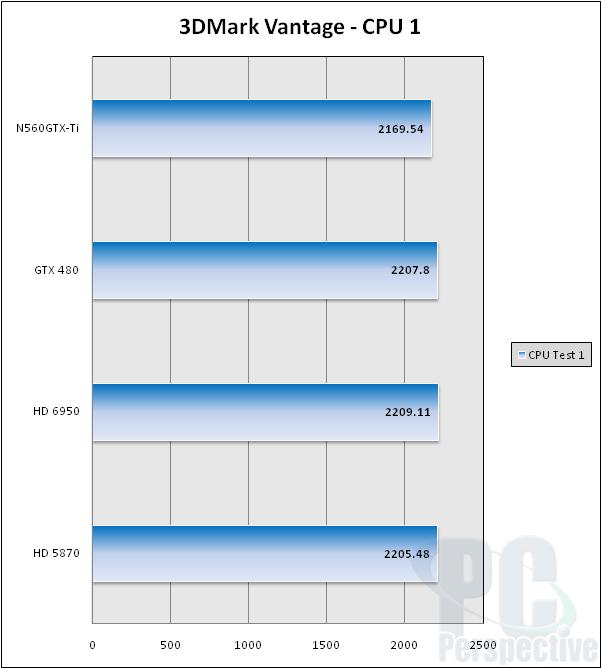 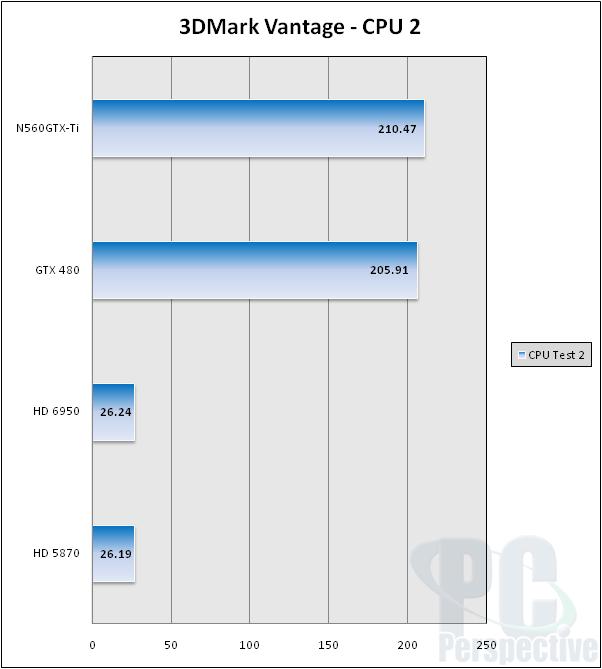 The combination of a few frames faster than the HD 6950 in the first two tests as well as the PhysX bump in CPU 2 allows the 560 to stand above the AMD card in this particular test.