This is the endeavor that the HAWK was made for.  The BIOS switch was set to Silent and the other overclocking switch was set to default.  Every card is different, so not all HAWKs will be able to replicate my experiences here.  The memory was overclocked first due to the error correcting properties of the NVIDIA controller and GDDR-5.  The memory was bumped up and then the card was benchmarked.  Once performance started to decrease, the memory clock was reduced until performance stabilized.  With the memory slightly overvolted, I was able to achieve 1075, which translates to 4.3 GTPS as compared to stock at 4.2 GTPS. 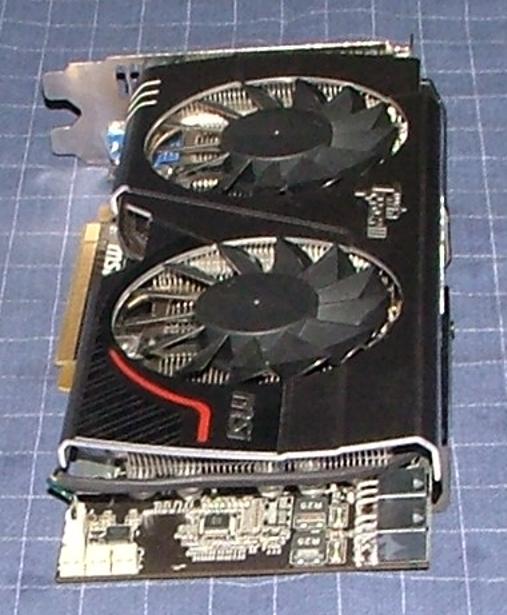 Note the three voltage monitoring points at the bottom left.

MSI makes some mean video cards.  While they may not have always kept a sterling reputation, the past several years have seen some pretty significant leaps in board and cooling design from MSI.  The N560GTX-Ti HAWK is just another in a long line of pretty successful video cards from the company.

The concept for this card is obviously not new, but MSI has built upon their experiences with the previous generations of HAWK and Lightning cards.  What has been delivered to us is one of the finest midrange cards currently available.  The stock overclock is already at a pretty high level, and being able to take it past 1 GHz pretty easily should make most overclockers quite happy. 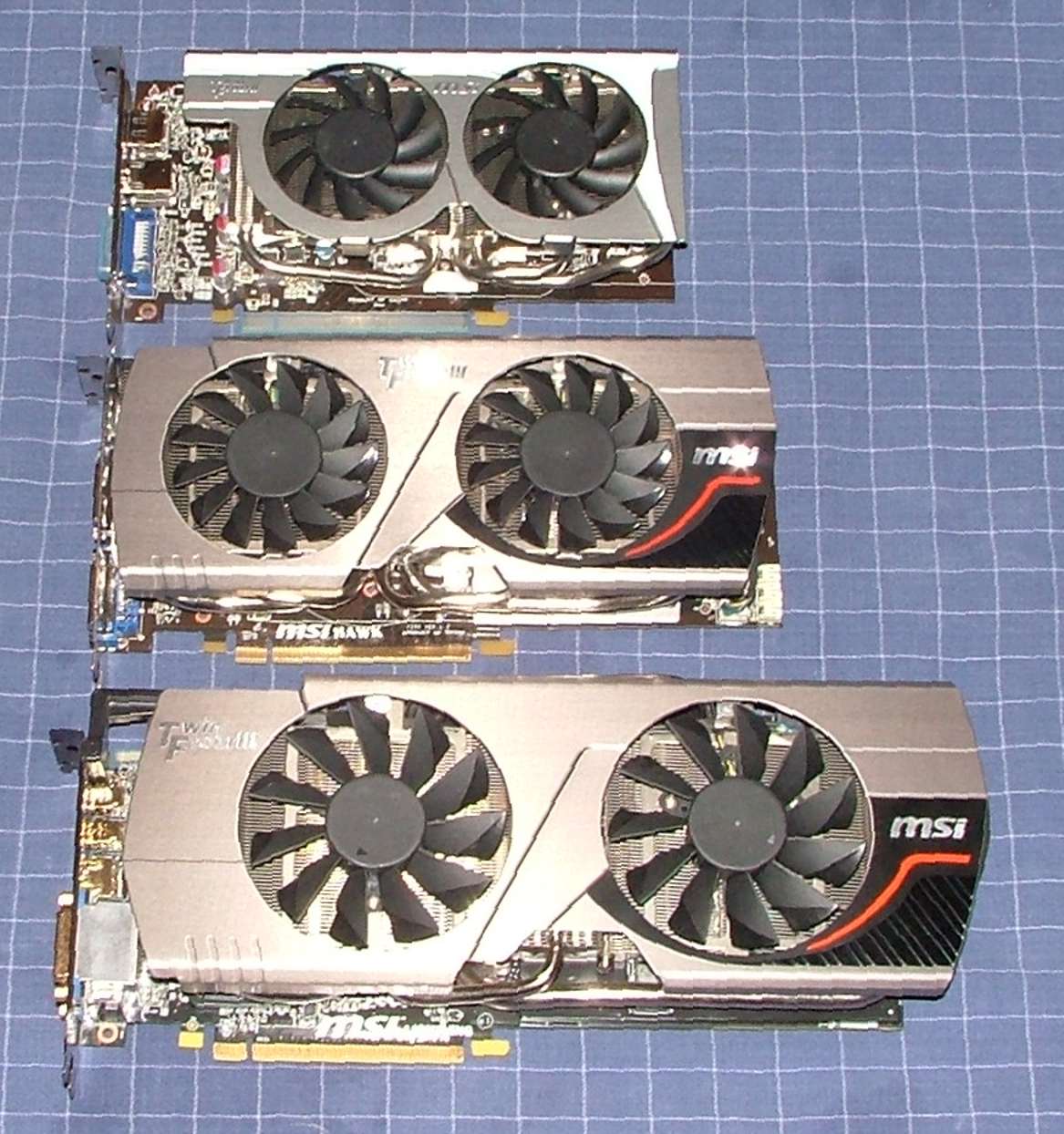 The Twin Frozr III cooling system does its job just as expected.  The board has amazingly low idle temperatures, and even at full load and overclocked it does not compromise the stability of the card or the rest of the components inside a closed (and hopefully well ventilated) case.  The board design and use of high quality components basically ensures that this card will last longer than the 3 year warranty that MSI supplies with the card.  The bundle is not overwhelming, but it is decent.  The free game is a nice extra, but the real star is the Afterburner software.  That makes life quite a bit easier for reviewers and users alike.

Perhaps the biggest surprise with this card is how closely it compares to the AMD HD 6950.  This is a good thing for NVIDIA and its partners, as these cards exist right around the same area in terms of price.  The typical 560 Ti comes in around $234 before MIR, and the MSI N560GTX-Ti HAWK is sitting right around $264.  Most 2 GB HD 6950s are in the range between $260 and $300.  So in terms of performance, the HAWK card is right where it should be.  Once we factor in things such as cooling performance, overclocking abilities, and overall build quality and warranty, I feel like the HAWK is hitting its mark quite nicely. 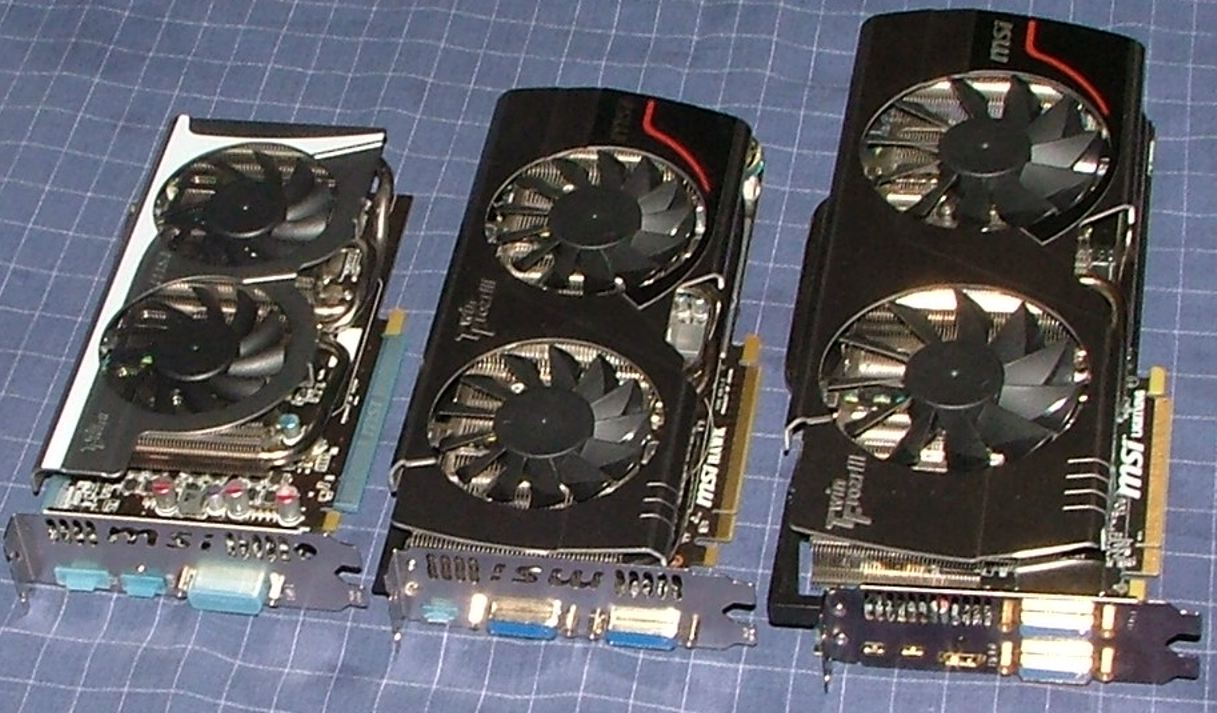 I am glad that MSI got away from the backplate design of the original HAWK.  Users wanting to do multi-monitor setups were somewhat out of luck with that particular setup.

The only real issue that a user could have with this card is the 1GB framebuffer.  This is something of a hotly debated topic in the industry now, and I personally am more in the middle.  I like that the AMD cards feature 2GB of memory with the HD 6950 and HD 6970, but as of yet the only situations where we have seen a problem in performance is with a handful of games running at 2560×1600 resolution.  We start to see the age old problem that we invariably encounter as we are moving up in frame buffer size, and that problem is how can we tell if the GPU or the memory is holding us back at that particular resolution with that particular game?  Certainly there is pressure on the memory, but is the poor performance manifested due to the GPU just not being able to push the scene in the first place?  My gut feeling here, and looking at the results, is that the GPU is holding back the 560 Ti in those situations rather than having one half of the available framebuffer as the competition.  There is no doubt that we will get to the point where 2 GB is necessary, but at today’s standard resolutions that still is not much of an issue with 1GB cards.

MSI just keeps the hits coming on the video card front.  While I was not overly impressed with their latest motherboard offerings this past month, they have kept their foot on the gas when it comes to graphics.  The best part about these cards is that generally they are not that much more expensive than the reference versions.  With the HAWK series this is especially true.  In this case, it sits right around the upper-middle portion of current offerings using this GPU.  MSI has created yet another outstanding video card for enthusiasts everywhere. 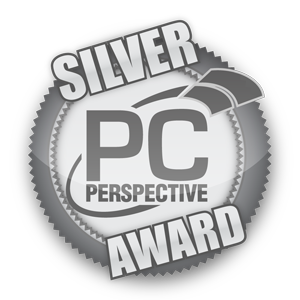