Most high-end motherboards include numerous overclocking options for beginners and experienced overclockers. The P67A-GD80 is no exception as it sports MSI’s coveted OC Genie II technology that simpifies overclocking to a simple push of a button on the PCB. OC Genie II takes the CPU ratio, CPU voltage, and XMP into consideration when it overclocks Sandy Bridge processors that are limited by locked-down base clocks.

To fully evaluate the P67A-GD80’s flexibility, we began our overclocking analysis by pushing the OC Genie II button on the PCB and then we booted our test system into Windows. The first thing we saw on the screen was that OC Genie II was enabled and that it wasn’t recommended to disable OC Genie II in the BIOS. After 30 seconds, we were welcomed by the Windows 7 desktop and we immediately opened CPU-Z to see what our current processor speeds were. Our i5-2500K was humming along at 3.3GHz, which is its typical speed if we had Intel’s turbo boost enabled.

Next, we wanted to test if OC Genie II would give us a performance boost under CPU load conditions. To do this, we used the multi-threaded benchmark called Cinebench 11.5. During the benchmark, the CPU’s four cores and four threads were maxed out at 100 percent, and the CPU speeds were hovering around 4.2GHz throughout most of the test. This was a bonified success in our books that OC Genie II works as advertised.

During the manual overclocking portion of our review, we went into MSI’s "Click BIOS" and made the following changes under OC Menu before we started overclocking our i5-2500K processor using the P67A-GD80:

After making the changes above in the BIOS, I began incrementally increasing the CPU ratio to test how far the i5-2500K could go. I continued to increase the CPU ratio to 47x before I we had our first BSOD and system crash. After backing it down a bit, we were able to get a stable 4.590GHz overclock. This stable overclock is one of the highest we’ve had with our LGA 1155 test system and completely obliterated the CPU’s stock 3.3GHz speeds. 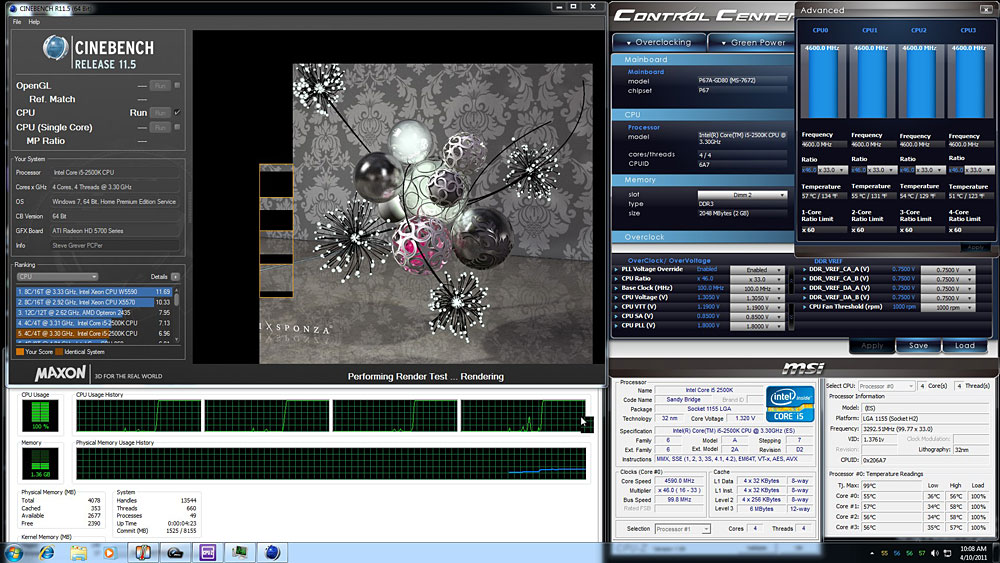 This screenshot was taken when we achieved a 4.590GHz overclock on the MSI P67A-GD80 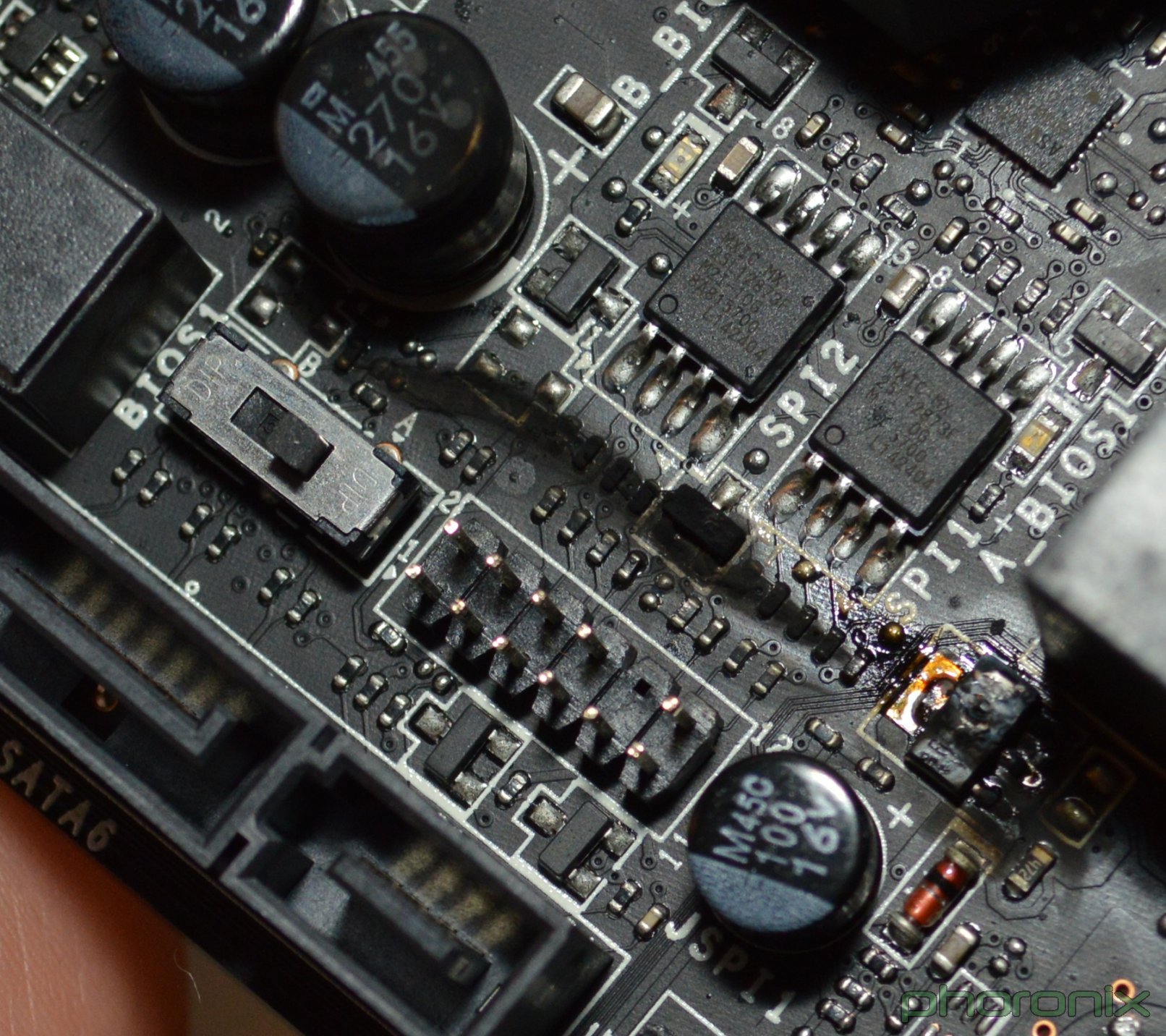 The highs and lows of doing motherboard reviews