We stopped by the Gigaybte booth during Computex 2011 this week and found a host of new motherboards that range from the mainstream to the ultra-extreme.

First up is the A75-UD4H that supports the new AMD FM1 socket and the upcoming AMD Llano processor.  Even though the APU will have integrated graphics on die, the Gigabyte board support AMD Dual Graphics technology and CrossFire multi-GPU solutions in conjunction with 8 USB 3.0 ports.

The board will include output connections of VGA, DVI, HDMI and DisplayPort along with size USB ports, four of which are USB 3.0. 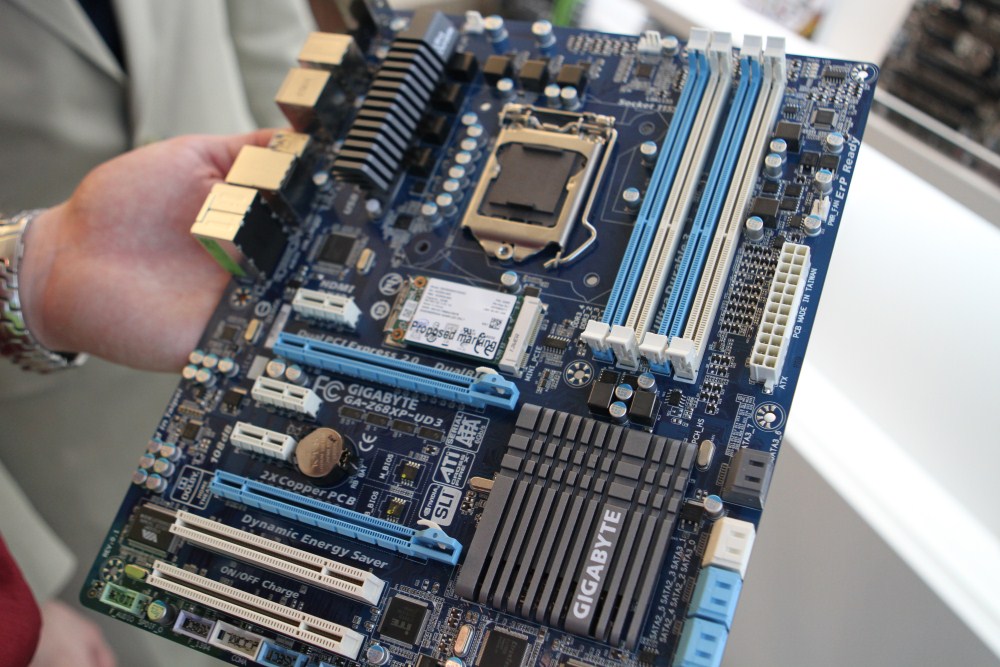 The Z68XP-UD3 motherboard is one that will be offered in two different ways: one with an SSD and one without.  The "iSSD" model will actually include an mSATA Intel 20GB SLC SSD and should come in at a cost of under $250.  Considering the Larson Creek drive will cost you anywhere from $90-110 on its own, the combination of a Z68 motherboard and SSD is actually very price competitive.  Plus, you get the convenience of having the SSD on the motherboard without it taking up a 3.5-in or 2.5-in drive bay. 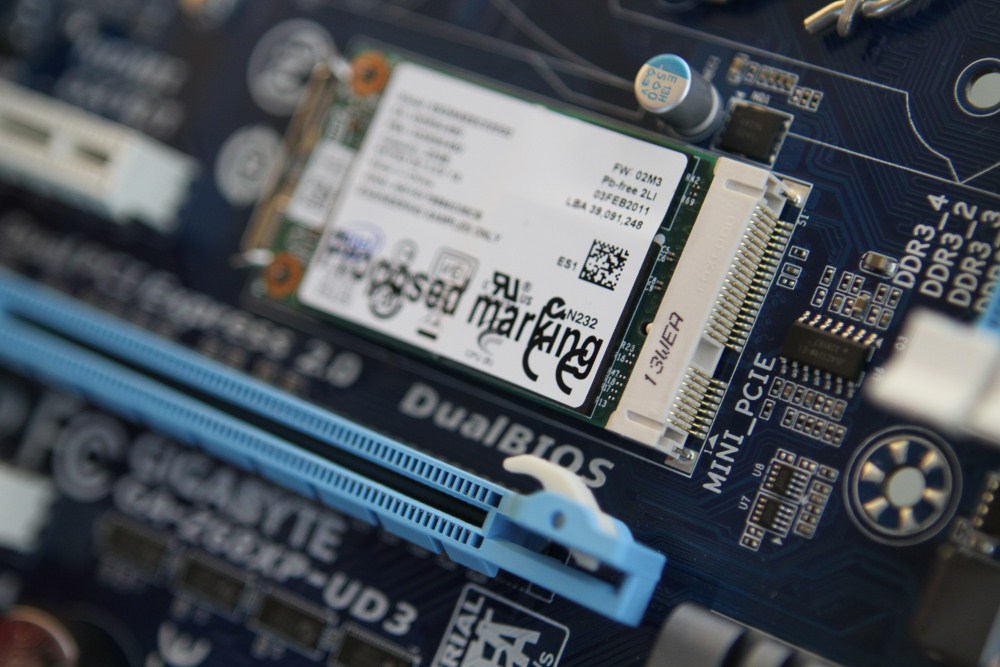 For those that choose to get the lower cost board without the included Intel SSD you will be able to choose from several other newcomers to the mSATA form factor including Kingston and OCZ. 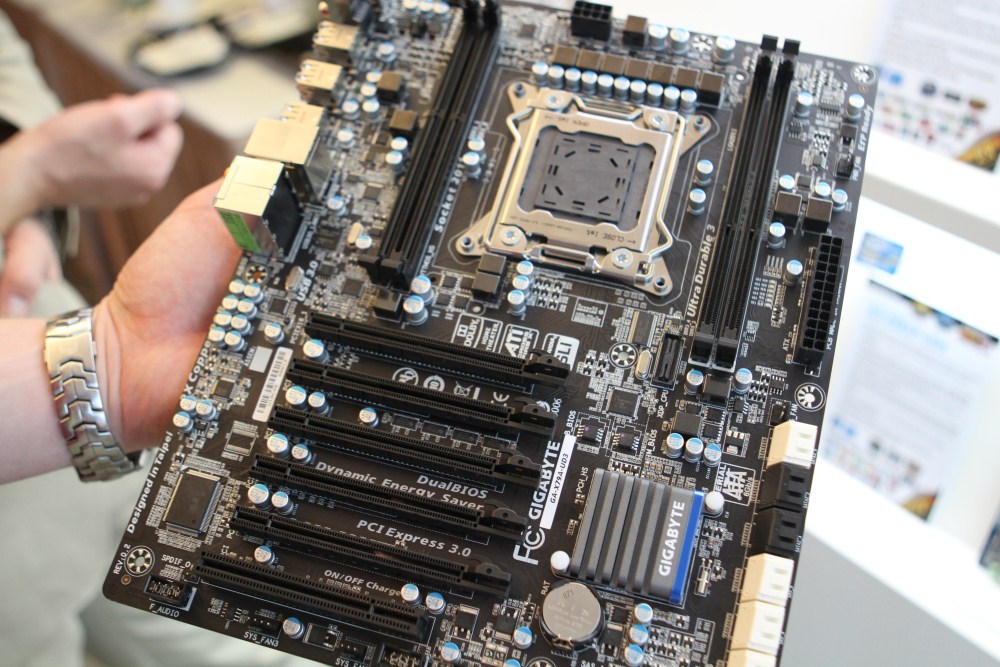 Of course we had to take a look at the Socket 2011 motherboard, the X79A-UD3 with support for the upcoming Intel Sandy Bridge-E processor.  According to the slide information this will include a new version of the SSD caching technology called RSTe (Rapid Storage Technology Enterprise) with support for USB 3.0 and quad-channel DDR3 memory. 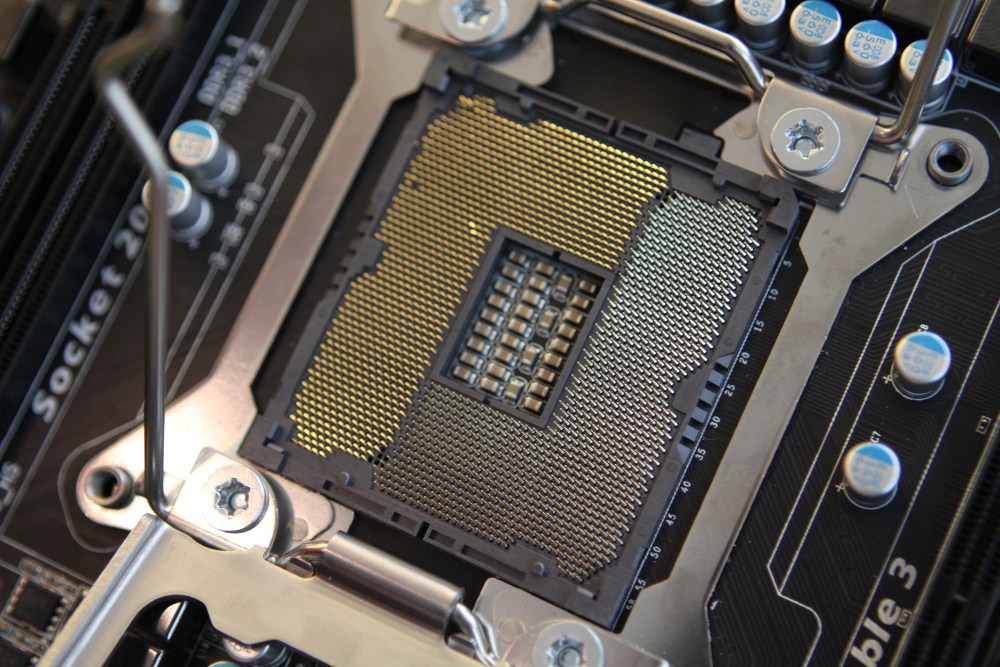