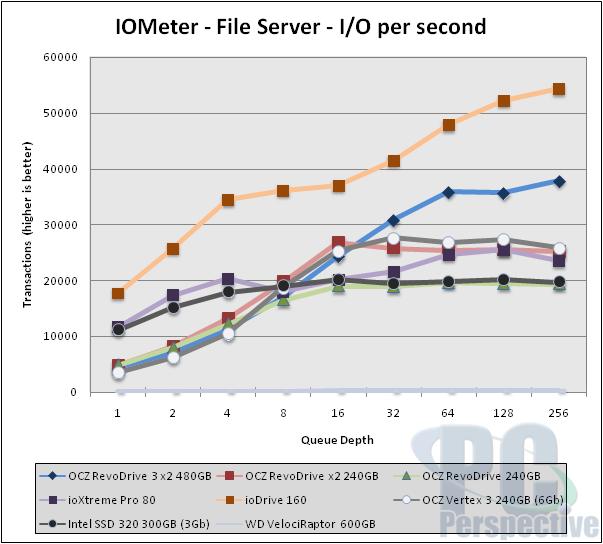 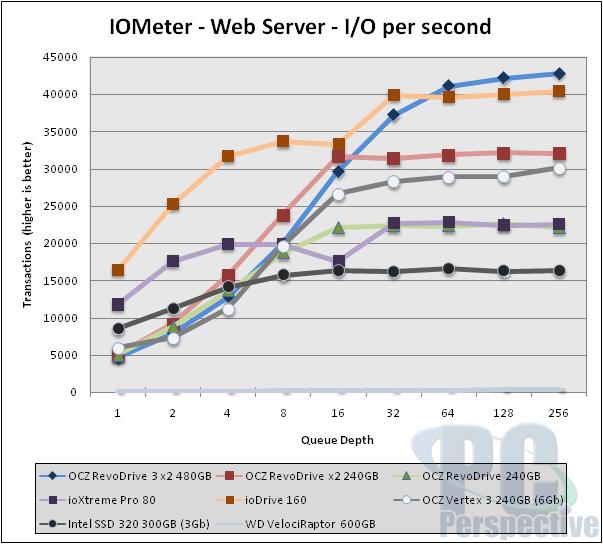 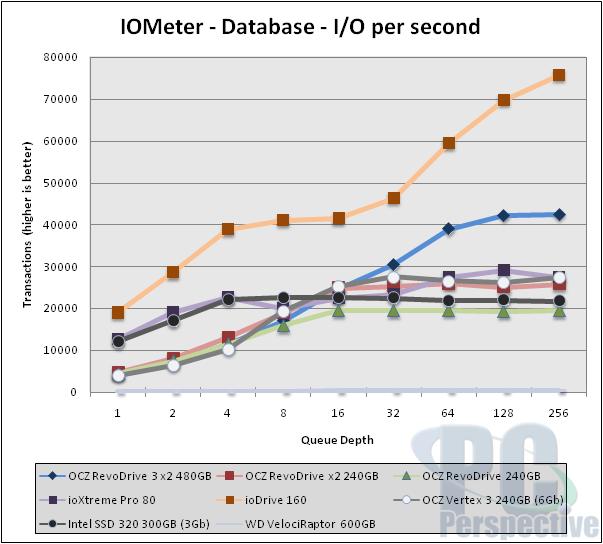 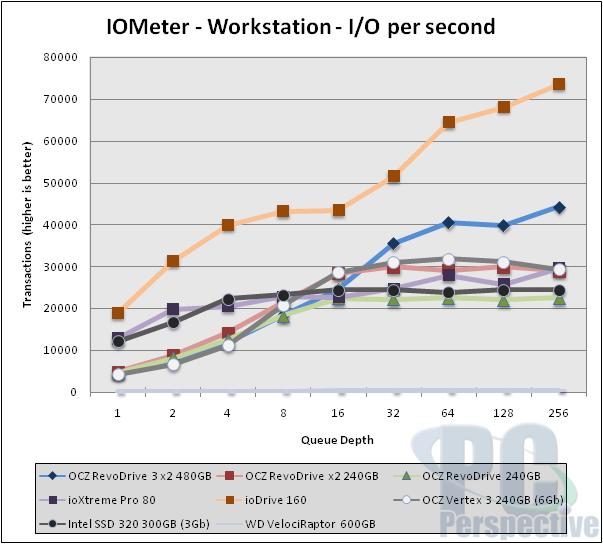 These results are both complex and interesting at the same time. Every SSD solution behaves differently as a result of its consruction and implementation. These charts show that bandwidth is not always the solution. For example, we see the Intel SATA 3Gb/sec SATA SSD pushing past devices of much higher bandwidths. This only happens at lower queue depths, where the very low latency of the controller enables it to push past the others.

The case is similar with the ioDrive. It’s driver essentially speaks directly to the bank of flash memory, significantly reducing per-transaction latency. End result: while the RevoDrive 3 X2 was able to match, or even exceed the ioDrive in the case of the Web Server test, it was only able to do so at higher queue depths. The limit here is primarily due to the SandForce controllers at play. As good as VCA is, it can only show its true potential at those higher queue depths.

This is not necessarily a bad thing. It only means the Revo 3’s are meant to excel at moderate to heavy multi-threaded workloads. Also keep in mind – the RevoDrive 3 X2 is no slouch at the lower queue depths, either.