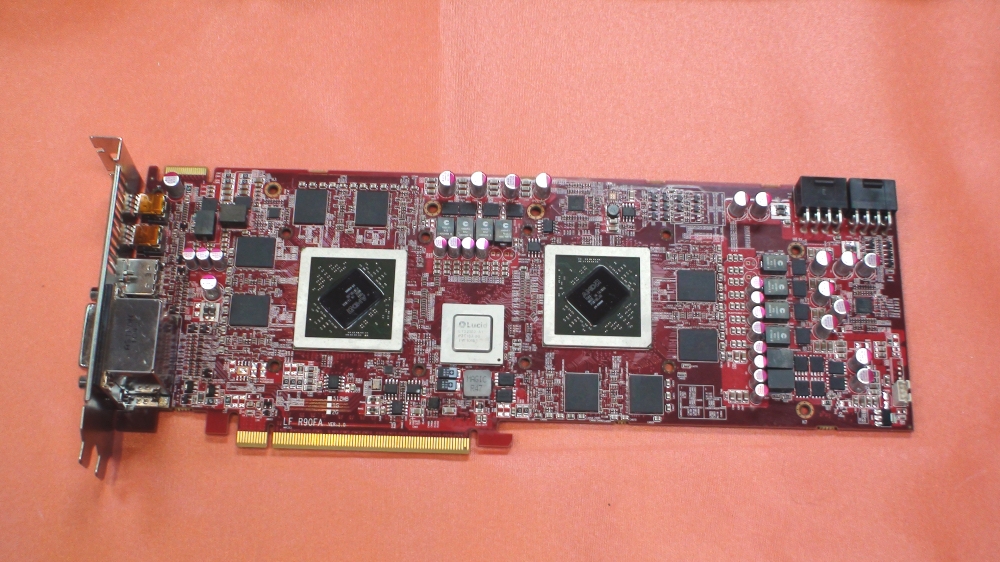 Computex 2011 is in full swing, and PowerColor has joined the fray of product reveals with a new PowerColor 6970 X2 AMD graphics card that combines two stock-clocked 6970 GPUs onto a single PCB. 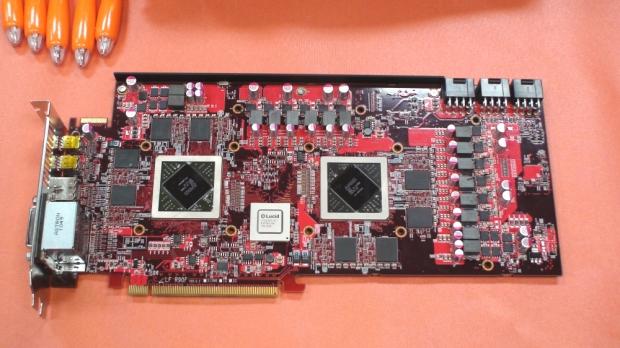 TweakTown was able to get a hands-on of the card at the company’s Computex booth.  They report that the GPUs are clocked at 880MHz, and each GPU is allotted 2GB of GDDR5 memory each (for a total of 4GB across both GPUs), and is clocked at 1375MHz (5500MHz QDR).  The interesting aspect of the dual GPU card is that the two GPUs are connected by a Lucid Logix chip, which will be interesting to see how this setup would compare to an overclocked 6990 graphics card, which amounts to two CrosseFired 6950 GPUs.

The new card uses three 8-pin PCI-E connectors for up to 525 watts (including 75 watts provided by the motherboard) of power, which should provide ample power for stock and overclocked clocks.  The card will futher feature two DVI connectors (one Dual-Link, one Single-Link), two mini-DisplayPort connectors, and one HDMI port.

For those looking for maximum gaming performance, two of these 6970 x2 cards in a CrossFire configuration will become the new high-end AMD standard.  You can see more photos of the card along with a preview of it’s smaller 6870 x2 sibling over at TweakTown.