Thermaltake had its standard booth array of cases, coolers, keyboards, mice, headphones, etc but also had some new items to show us when we stopped by.  The first was a new "Snow Edition" of the Level 10 GT chassis we reviewed back in April.

The case remains mostly unchanged with some USB 3.0 ports up front, 5 "EasySwap" HDD bays and room for some very long graphics cards.  The white color is not paint but rather plastic injected so you won’t have to worry about the paint scratching off. 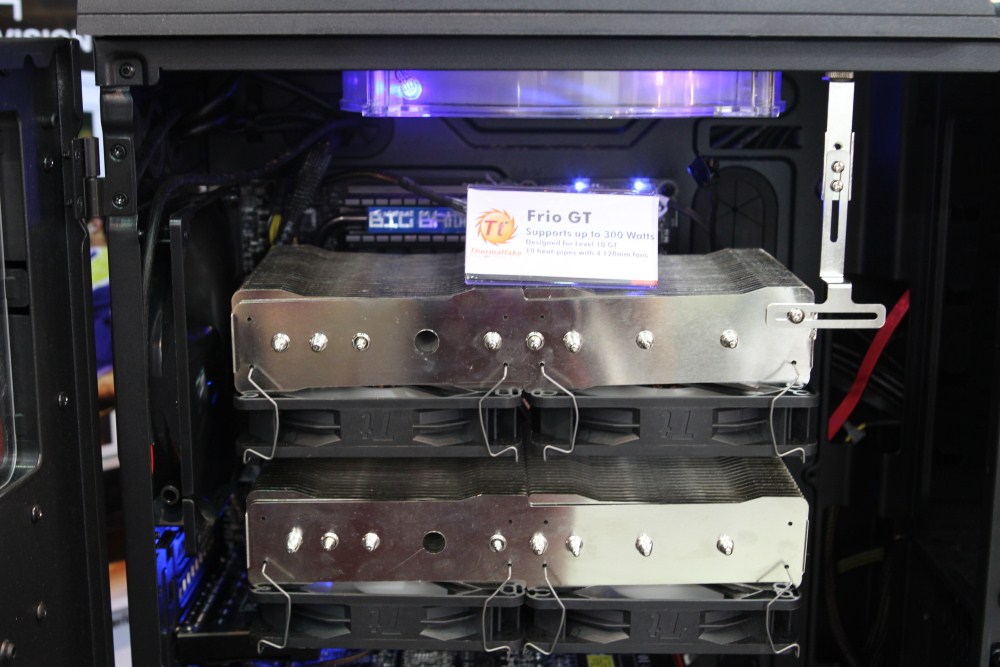 Next up is the Frio GT CPU cooler – yes the above image is showing you a freaking CPU COOLER.  It supports up to 300 watts of cooling and does so with an enormous amount of heatpipes, fins and airflow.  This cooler will be available in Q4 and should cost you under $100. 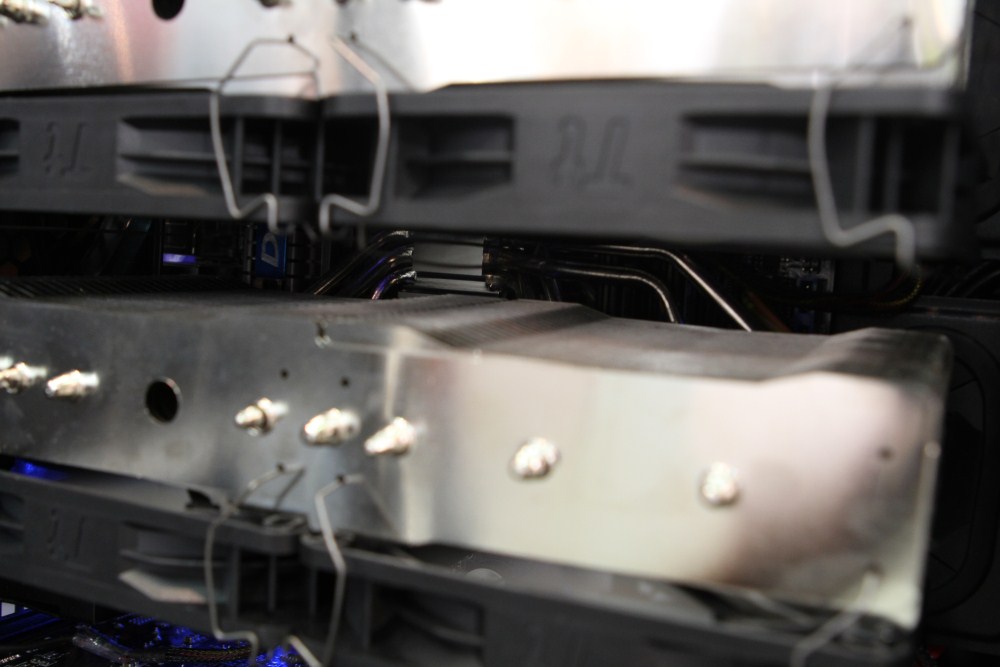 Under the two big collections of fins you can see the heatpipes that move the energy from the CPU cores.  Obviously you are going to need to check out your case and motherboard dimensions before picking up a cooler like this as I imagine there are going to be quite a few configurations that are incompatible. 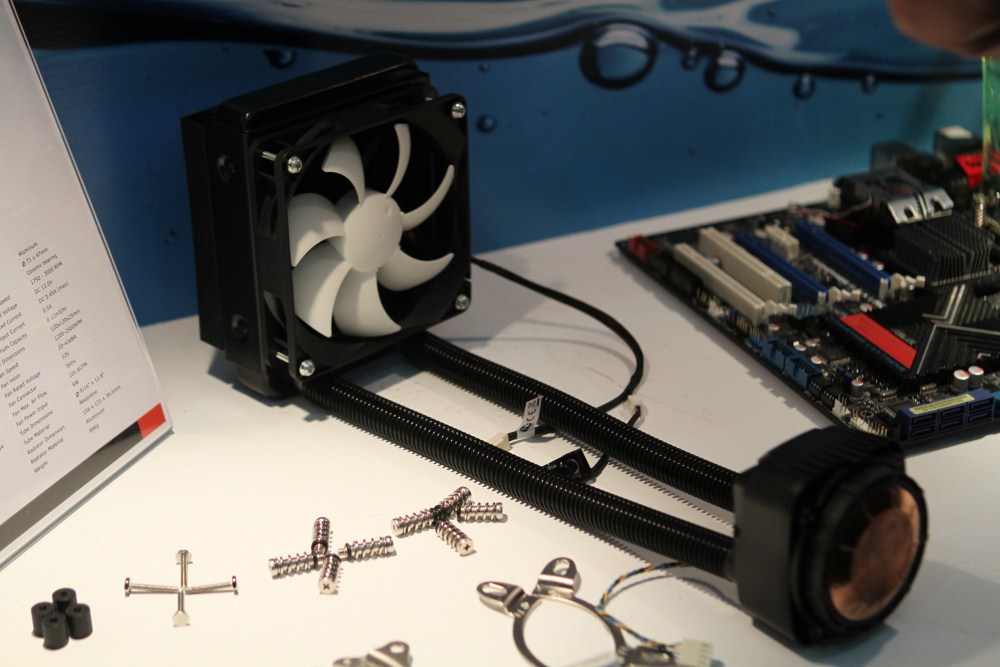 Thermaltake is also going into the self-contained water cooling direction as well with the internally designed and built BigWater A80.  Thermaltake claims this device will get better results than the competition by including some interesting airflow modifications.  Expect this to be very price competitive and be available in Q3. 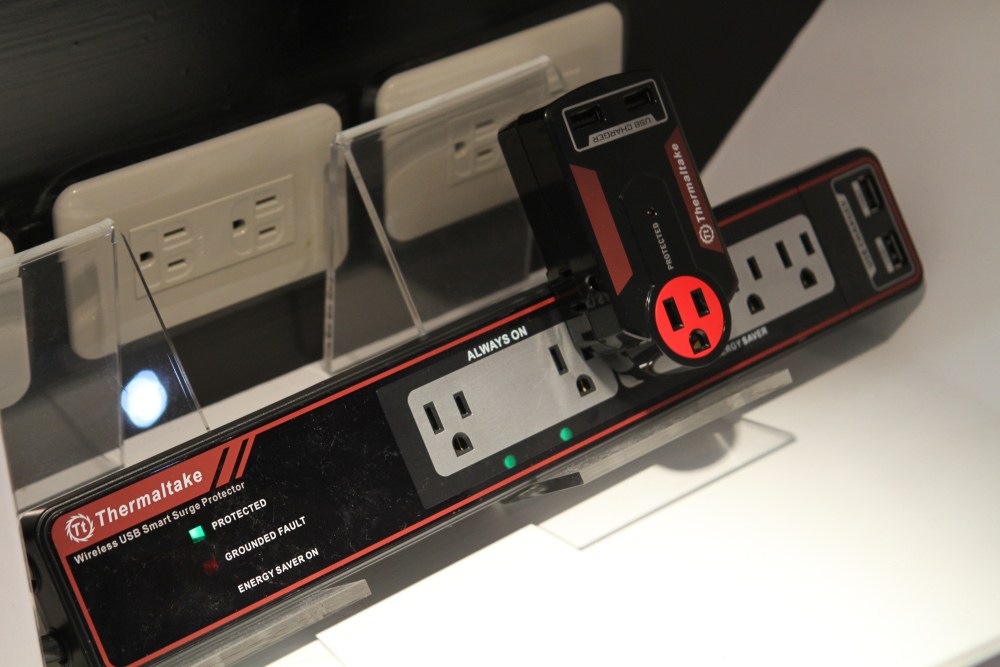 A big surprise at the booth was new USB-controlled power strip called the "Wireless USB Control Series".  Besides offering some convenient USB outlets directly on the power strip, this surge protector also has a USB powered remote control that will turn on and off the "Energy Saver" ports with the push of a button. 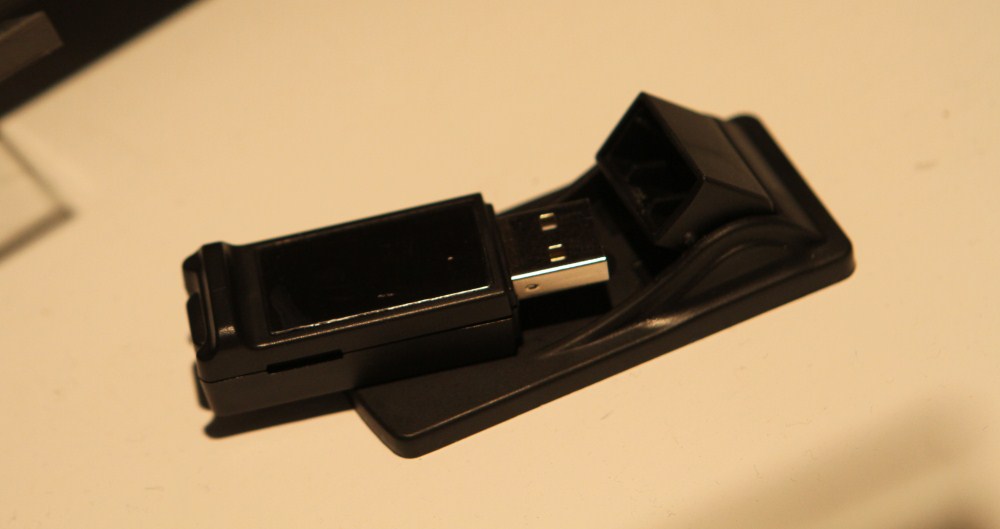 The remote sits in a little stand on top of your desk so you can power offer your display, printer or other devices all at once and without reaching behind anything.  For those of you that want to go green then this will allow you to do so for a modest cost of $30-40 later this year.

Get your PhsyX card with Ghost Recon

Your platform for revenge