Battlefield has to my knowledge always allowed services to track your statistics to some degree and display them on their site. While I was off in the Unreal, America’s Army 2, and Halo PC universe during the age of Battlefield 1942 I was very active in Battlefield 2 upon its launch in 2005. Members of the couple clans I played with spent quite a bit of time browsing each other’s stats tracker pages from various services including BF2S. Call of Duty’s announcement earlier this year was that they would bring a deep level of stat tracking for a subscription fee, and now DICE announced that Battlefield 3 will roll a lot of that tracking which formerly was piped to independent services into their official web services.

Battlefield can topple buildings, but can it topple Call of Duty?

P.S.: That Helicopter is screwwwwed.

The blog Battlefieldo found a few screenshots of Battlefield 3’s online service and posted them before the official German Battlefield site removed them. One of the largest advancements is to the inter-player chat which appears to transcend inside and outside of game similar to Steam’s service and, again like Steam, allows you to join on a player’s server directly. There are no screenshots showing the depth and detail of statistic tracking however what we can see suggests they are at least as detailed as what is currently available through third-party services in the previous Battlefield games. 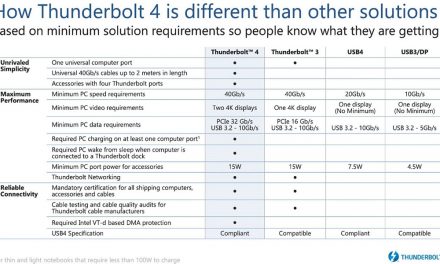 Details On The New Kit, USB4 And Thunderbolt 4