What is a Bitcoin?

So what is a bitcoin, why do you care and why are people buying up graphics cards to mine them?

This article looking at Bitcoins and the performance of various GPUs with mining them was really a big team effort at PC Perspective.  Props goes out to Tim Verry for doing the research on the process of mining and helping to explain what Bitcoins are all about.  Ken Addison did a great job doing through an alottment of graphics cards running our GUIMiner and getting the data you will see presented later.  Scott Michaud helped with some graphics and imagery and I’m the monkey that just puts it all together at the end.

** Update 7/13/11 **  We recently wrote another piece on the cost of the power to run our Bitcoin mining operations used in this performance article.  Based on the individual prices of electric in all 50 states of the US, we found that the cost of the power to run some cards exceeded the value of the Bitcoin currency based on today’s exchange rates.  I would highly recommend you check out that story as well after giving this performance-based article a thorough reading.  ** End Update **

A new virtual currency called Bitcoin has been receiving a great deal of news fanfare, criticism and user adoption. The so called cryptographic currency uses strong encryption methods to eliminate the need for trust when buying and selling goods over the Internet in addition to a peer-to-peer distributed timestamp server that maintains a public record of every transaction to prevent double spending of the electronic currency. The aspect of Bitcoin that has caused the most criticism and recent large rise in growth lies in is its inherent ability to anonymize the real life identities of users (though the transactions themselves are public) and the ability to make money by supporting the Bitcoin network in verifying pending transactions through a process called “mining” respectively. Privacy, security, cutting out the middle man and making it easy for users to do small casual transactions without fees as well as the ability to be rewarded for helping to secure the network by mining are all selling points (pun intended) of the currency.

When dealing with a more traditional and physical local currency, there is a need to for both parties to trust the currency but not much need to trust each other as handing over cash is fairly straightforward. One does not need to trust the other person as much as if it were a check which could bounce. Once it has changed hands, the buyer can not go and spend that money elsewhere as it is physically gone. Transactions over the Internet; however, greatly reduce the convenience of that local currency, and due to the series of tubes’ inability to carry cash through the pipes, services like Paypal as well as credit cards and checks are likely to be used in its place. While these replacements are convenient, they also are much riskier than cash as fraudulent charge-backs and disputes are likely to occur, leaving the seller in a bad position. Due to this risk, sellers have to factor a certain percentage of expected fraud into their prices in addition to collecting as much personally identifiable information as possible. Bitcoin seeks to remedy these risks by bringing the convenience of a local currency to the virtual plane with irreversible transactions, a public record of all transactions, and the ability to trust strong cryptography instead of the need for trusting people.

There are a number of security measures inherent in the Bitcoin protocol that assist with these security goals. Foremost, bitcoin uses strong public and private key cryptography to secure coins to a user. Money is handled by a bitcoin wallet, which is a program such as the official bitcoin client that creates public/private key pairs that allow you to send and receive money. You are further able to generate new receiving addresses whenever you want within the client. The wallet.dat file is the record of all your key pairs and thus your bitcoins and contains 100 address/key pairs (though you are able to generate new ones beyond that). Then, to send money one only needs to sign the bitcoin with their private key and send it to the recipient’s public key. This creates a chain of transactions that are secured by these public and private key pairs from person to person. Unfortunately this cryptography alone is not able to prevent double spending, meaning that Person A could sign the bitcoin with his private key to Person B, but also could do the same to Person C and so on. This issue is where the peer-to-peer and distributed computing aspect of the bitcoin protocol come into play. By using a peer-to-peer distributed timestamp server, the bitcoin protocol creates a public record of every transaction that prevents double spending of bitcoins. Once the bitcoin has been signed to a public key (receiving address) with the user’s private key, and the network confirms this transaction the bitcoins can no longer be spent by Person A as the network has confirmed that the coin belongs to Person B now, and they are the only ones that can spend it using their private key.

Keep reading our article that details the theories behind Bitcoins as well as the performance of modern GPUs in mining them! 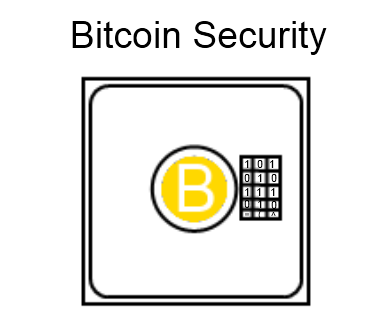 The privacy and anonymity afforded by the bitcoin protocol has received flak recently due to the currency being used to purchase illegal drugs and other products online. The US government has seen a number of members speak out against the currency because of the illegal drug involvement and taxation implications. However, bitcoin is not the only currency that is used by a number of people for illegal uses, and it is certainly not representative of a majority of illegal usage. Regardless of the relatively small number of illegal uses, the privacy afforded by bitcoin is not inherently a bad thing. As the Internet equivalent to a local currency such as cash, bitcoin is able to facilitate a much higher level of anonymity than other currencies used online. The privacy implications are not only good for those mis-using it for nefarious purposes; it is actually a good thing for legal transactions because sellers do not need to collect nearly as much personally identifiable information in order to trust the buyer enough to go through with the sale. Traditionally, telephone numbers, addresses, financial information, and other personal information has been required in order for even the most mundane transactions over the Internet as sellers needed to protect themselves as much as possible from fraud.