The first half of this year has been surprisingly strong for the chip industry, and Intel and AMD are helping to lead the way and satiate demand for new processors at all market levels.

Intel was first off the bat to release earnings for their 2nd quarter, and they again broke revenue and profit records for Q2.  Gross revenue was a very healthy $13 billion and the company’s net profit was an impressive $3 billion.  Margins are down from last year’s high of 67%, but the actual 61% far outshines that of their competition.  Q2 2010 results were $10.8 billion in gross revenue and $2.9 billion net profit.  While profit was “only” $100 million more than Q1 2010, the extra $2.2 billion in revenue is something to sit up and notice.

Sandy Bridge based parts have continued to propel Intel’s domination of the CPU market.

Probably the two greatest strengths for Intel are extracting the most amount of performance per mm squared of die and of overall process technology leadership.  Intel has been shipping 32 nm parts for some 18 months now, and their redesigned Sandy Bridge architecture has left their primary competition in the dust when it comes to overall multi-core CPU performance.  Intel has improved their integrated graphics capabilities, but this is one area where they simply cannot compete with the more GPU focused AMD.  Intel is also facing much increased competition in the mobile market from the Llano based chips and their accompanying chipset, which has been a virtual fortress for Intel until recently.  While Intel still rules in CPU performance, the combination of rich graphics, chipset features, and competitive power consumption has made Llano a true threat to the mobile sector.

Still, Intel has shown strength in the server, desktop, and mainstream mobile markets.  The only area that is a weakness for them is the low power/low performance mobile marketplace.  Atom has dropped in revenue by about 15% so far this year, and this is really one of Intel’s only areas of weakness.  The primary reasons for this is the adoption of ARM based processors for many low cost, low power tablets and netbooks based on Android and iOS operating systems, as well as the superior Brazos platform from AMD starting to eat up the x86 share of that particular market.

The next two quarters look to be quite interesting for Intel.  Capital expenditures are up due to acquisitions as well as continuing upgrade work to Intel’s Fabs.  Intel is undeniably the leader in process technology, and they are keeping the pedal to the floor, even though they are a good 18 months ahead of their nearest competitors (in this case, GLOBALFOUNDRIES and IBM).  The current Sandy Bridge lineup should not see many changes, but before the end of the year we will see the Sandy Bridge E series of high end desktop chips hit the market along with the accompanying X79 chipset.  Intel is refocusing its efforts to stay competitive in the low power market, and we should see the next generation of Atom parts being introduced in late Q4 2011.  The second half of this year should be characterized by the clash of the current and upcoming Intel parts with AMD’s next gen Bulldozer, 32 nm Llano, and upcoming 28 nm Brazos based parts.

AMD Has Strong Showing as Well

While AMD’s gross revenue is about one-half that of Intel’s net profit, it was a positive development for the struggling semiconductor maker.  Gross revenue is at $1.57 billion and they turned a small, but tidy net profit of $61 million.  Revenue was lower than expected, but profits were slightly higher.  Most of this is attributed to cost cutting within the company, which has allowed margins to rise to 46%.  Even though this quarter came in lower in gross revenue as compare to a year ago, the $100 million swing from loss to profit is a good indication for the company in the face of a typically depressed 2Q.

Llano may not feature an advanced CPU core, but it more than makes up for it with GPU technology that is far ahead of the best of what Intel can do.

The highlights of the previous quarter include the shipment of 1 million Llano based APUs, and the continuing success of the Brazos platform.  These 40 nm Brazos chips shipped 6 million units last quarter.  We must also consider that with every CPU sold, the secondary chipset component is also bundled in.  AMD initially expected to start shipping Bulldozer in Q2, but continuing problems with performance and 32 nm issues with that design have delayed that to Q3 of this year.  The good news on that front is that production silicon is moving through the Fab, and we should see introduction of these parts this current quarter.

Graphics revenue is down due to decreased seasonal demands, introduction of the Llano family, and increased competition from NVIDIA with their GeForce 500 series of GPUs.  NVIDIA has certainly caught up in the DX11 race, and has surpassed AMD in terms of standalone GPU marketshare.  AMD does have competitive products at all price points, but they are expecting a boost in 2H 2011 due to the introduction of the first 28 nm based Southern Island GPUs.  AMD looks to introduce these products well ahead of NVIDIA’s generational refresh, and they are hoping to capitalize on this advantage in both process technology and design.

AMD is quickly transitioning mobile and mainstream desktop to Llano and Brazos based products.  AMD expects APUs to be two-thirds of all shipments this coming quarter.  Late Q4 should see the introduction of the second generation Brazos parts based on TSMC’s 28 nm process.  Expect improved graphics performance as well as the jump from single and dual core up to triple and quad core at the highest.  TDPs look to stretch from sub- 5 watts to the high end 18 watts. 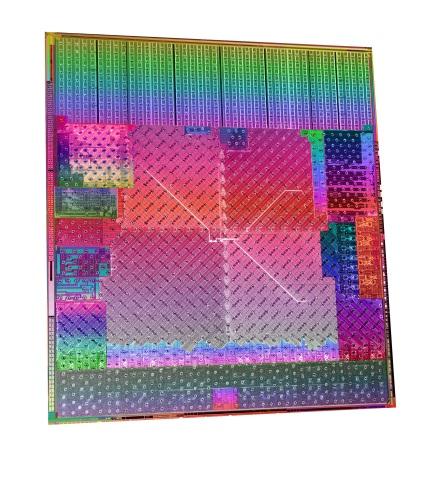 AMD’s first APU is still the strongest selling.  The use of TSMC’s inexpensive 40 nm process and excellent overall design has made it a success in the low power x86 marketplace.

AMD still does not have a new CEO, which is a concern due to the CEO typically setting course for the company and their product roadmaps.  In the short term this is not an issue due to the products and plans in the pipeline that can take years to come to fruition.  However, long term planning is taking a hit, and six months without a CEO is something most companies do not like to do.  AMD apparently has made offers to several candidates, but all of them have turned it down.

Next quarter’s outlook is again generally positive.  AMD expects a 12% improvement on revenue from the previous quarter.  Margins should also improve as the mix of parts will be richer, and we will see the winding down of 45 nm production.  AMD will ramp Llano as fast as possible, and they hope to ramp Bulldozer for both desktop and server very aggressively.  The infrastructure is there for both server and desktop Bulldozer processors, all that is needed now are the actual chips.

Overall the tone at AMD is very positive, and their APUs are truly living up to their billing.  AMD also is very gung-ho about next year’s Trinity APU, which combines Bulldozer CPU tech with their Cayman based graphics technology.  AMD expects these processors to reach as low as 17 to 18 watts TDP in the mobile market, as well as up to 65 and 100 watts in the desktop.  Working silicon of this product has been shown, and it does appear to be well on track for introduction on time next year. 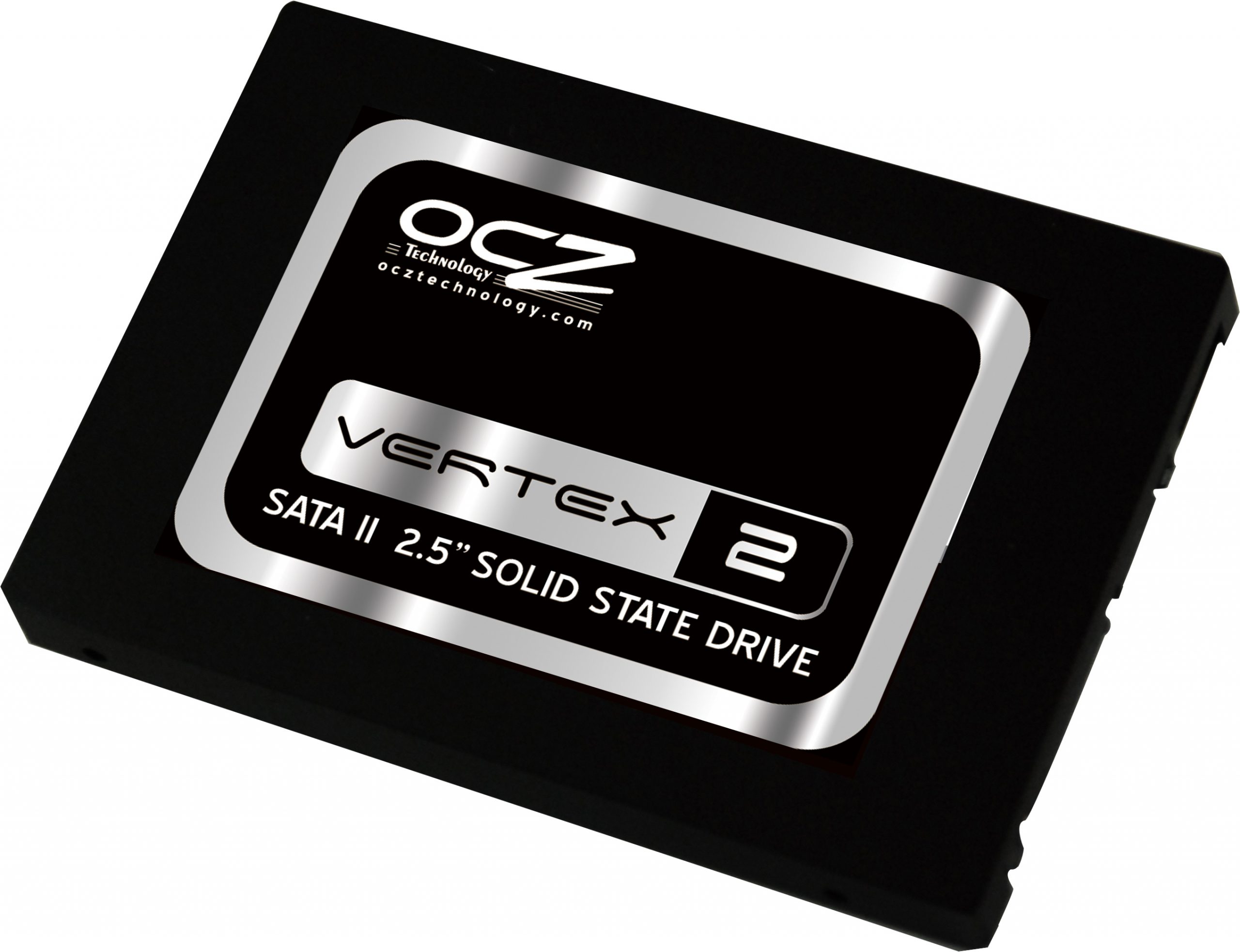