The lad doth protest too much, methinks … AMD is probably not in that much trouble

At The Inquirer you can read a counterpoint to a recent analysts comments on the failure of AMD in the current market.  It seems that APUs are not hot … even though that is exactly what Intel’s SandyBridge processors are whether they call them that or not.  The analyst is unimpressed with the performance of the CPU portion of Llano, which is understandable as most of us were underwhelmed with its performance.  He completely glosses over half of Llano, calling it "integrated graphics circuitry" and giving no recognition to the fact that it is the fastest iGPU ever seen and can even earn you Bitcoins.  As The Inquirer points out, the size graphics portion of the APU on AMD opens up quite a bit of utility that people just aren’t programming for and while the CPU portion is clocked lower it performs true multithreaded apps much more efficeintly.

He then goes on to denegrate AMD’s chances in the server room, citing Intel’s Xeon refresh.  What is strange is that Intel’s move to 22nm in 2012 is somehow much more of a safe bet that AMD’s first generation of Bulldozer for the server room.  Both are new architectures and while Intel is generally a safe bet, AMD and GF are also a team to bet on.  He also misses mention of AMD’s Terramar and Sepang, which will compete directly with the Xeon E7 lineup and apparently has no idea about ARM’s plans whatsoever.

Can’t argue his point about the lack of a CEO though.

"A CHIP ANALYST at JMP Securities has downgraded AMD, alleging that the company’s APU and server offerings aren’t in sync with the needs of its retail partners and are falling behind the competition, both of which, if true, are damaging for AMD’s prospects." 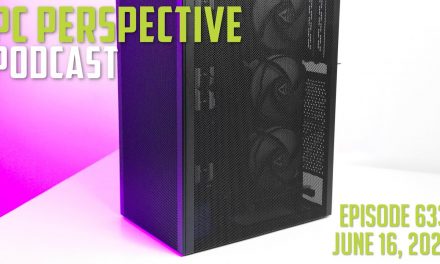