Can Chromium Fulfill the Cloud’s Promise?

We have our heads in the clouds. Once a dream, cloud computing is now common and used to support everything from file sharing to email. Here at PC Perspective, for example, we often make use of Dropbox. Storing certain files “in the cloud” is much easier than directly emailing them to and fro.

Google is one of the cloud’s most ardent supporters. The Internet seems to be Google’s answer to everything from emails to file sharing to document editing. All these tasks can be accomplished online through a browser with a Google utility.

When Google announced that it was going to develop an entire OS based off its Chrome web browser there was much shock, speculation and excitement. In hindsight, however, this development was probably inevitable given the company’s love of everything online. Now, Google Chrome OS is a retail product. Let’s find out if a cloud OS can compete with more traditional options.

The system we’ll be using to provide us with a look at Google Chrome OS is the Acer AC700-1099, one of just two Chromebooks currently available. Though it has similar specs to the more well known Samsung Series 5, it’s far less expensive at just $349.99. 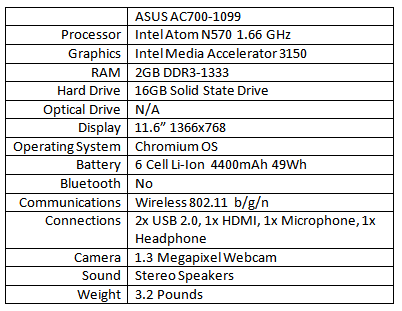 Acer’s Chromebook is essentially a large netbook, and its specifications are average when compared to other products of similar size with a similar price. Indeed, the reliance on Atom could prove a weakness now that AMD’s Fusion processors are so prevalent.

Unlike previous reviews, performance will not be heavily weighted here. Instead, I want to provide readers with an understanding of the full Chromebook experience including both the hardware and the operating system. With that said, let’s dive in to the Acer AC700. 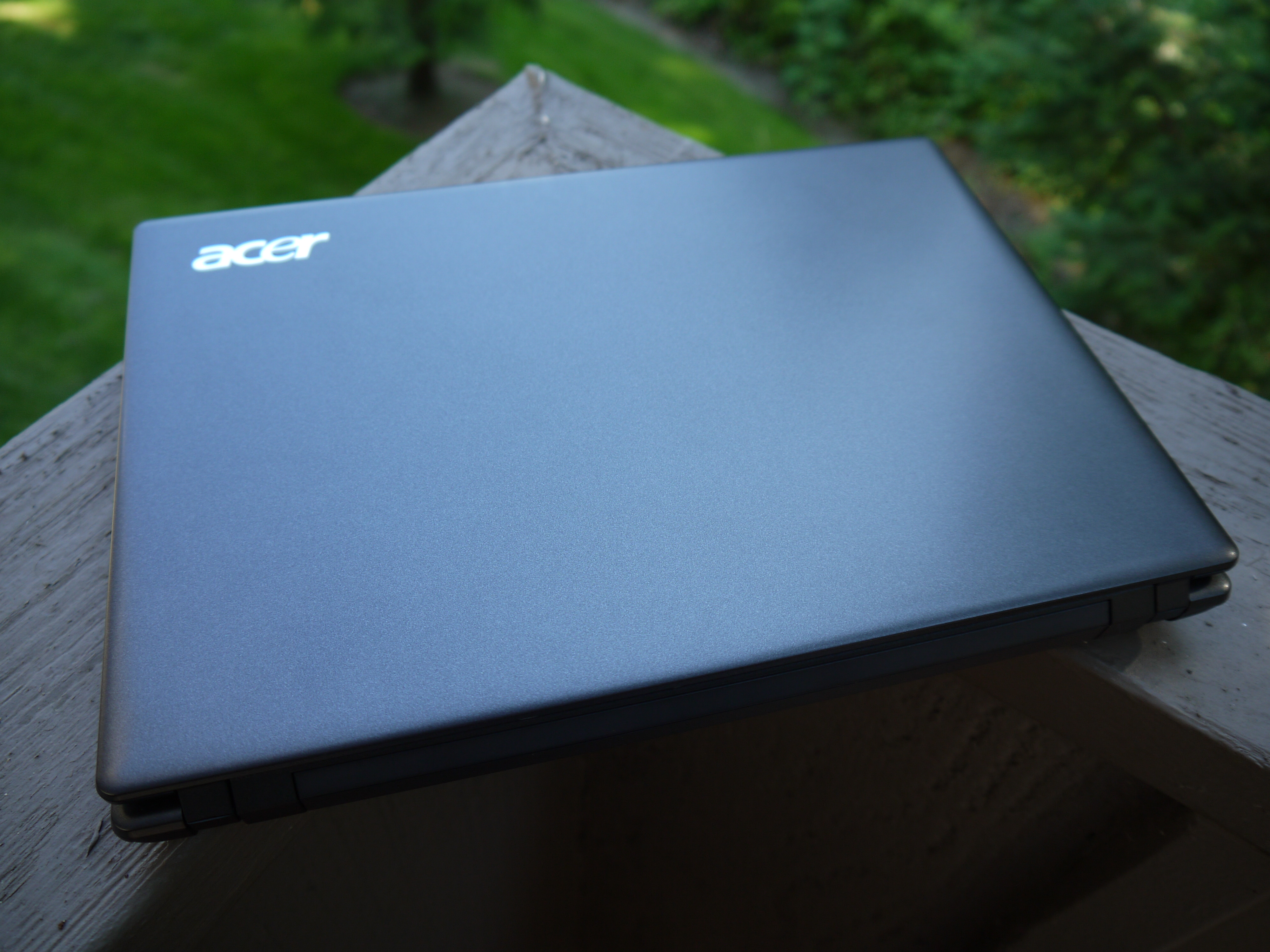 While Samsung’s Series 5 netbook proudly wears it Chromium roots on its lid, Acer’s AC700 seems shy about what it’s running. The only branding to be found on the tiny laptop is the Acer logo, laid in chrome plastic along the upper right hand corner. You might expect to see Google branding on the inside, at the very least, but it is again absent. The only label is a tiny Intel Atom logo below the left CTRL key.

The entire laptop seems afraid to attract attention. The only color available is a simple matte black which, although likely to earn the approval of fingerprint-phobes, won’t catch anyone’s eye. There aren’t even any hints of chrome or colored accents, the previously mentioned Acer logo aside. It seems as if Acer management sat down its team of engineers and ordered them to make the company’s first Chromebook as boring as possible.

Bashfulness is particularly disappointing in such an exciting new product. Buying a laptop with Google’s new operating system is the kind of thing that gives geeks reason to jump for joy – yet this bland little Chromebook doesn’t wish to share its exclusivity with the rest of the world.