Normally I’d enter this section with a huge array of benchmarks prepared, but Chromium won’t run the majority of benchmark software. This leaves us with just two objective tests, but they’re still handy. First up, we have Peacekeeper. 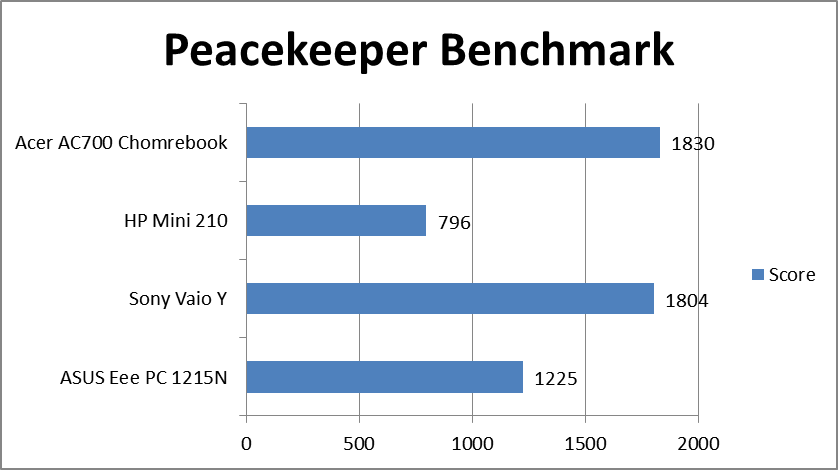 My recent batch of benchmark results were standardized by the use of Firefox 4, so even this isn’t a standard apples-to-apples comparison. However, regardless of any browser influence over the performance, this result is solid. It’s roughly on par with what we received from the ASUS Eee PC 1215N, which makes sense, as that laptop had a similar hardware configuration.

Yet these results are also a bit disappointing. Part of the reason for switching to a browser based operating system is performance. Arguably, a slim operating system should be able to easily outpace Windows when the two are compared on a system with inexpensive hardware, but it doesn’t appear that Google Chrome OS has any great advantage over Windows 7 starter.

Subjectively, my experience agrees with the Peacekeeper benchmark results. While web browsing was reasonably enjoyable, there were noticeable delays at times, particularly when opening web pages. I also found that many web apps and games, felt slow. The Entanglement puzzle game, which came pre-baked in our review unit, was virtually unplayable because of its haphazard, stuttering performance.

Perhaps the Chromebook can still wow us with its boot times, however. Let’s break out the stopwatch.

That’s more like it! While Google’s OS may not feel faster than Windows during normal use, it does provide boot times that are on par with the quickest mobile phones and tablets. Even the fastest Windows machines boot several times more slowly.

Google Chrome OS doesn’t offer a hibernation mode, so a comparison can’t be made. It does have sleep, however, and it works almost instantly. The laptop is ready for use one or two seconds after lifting its lid. 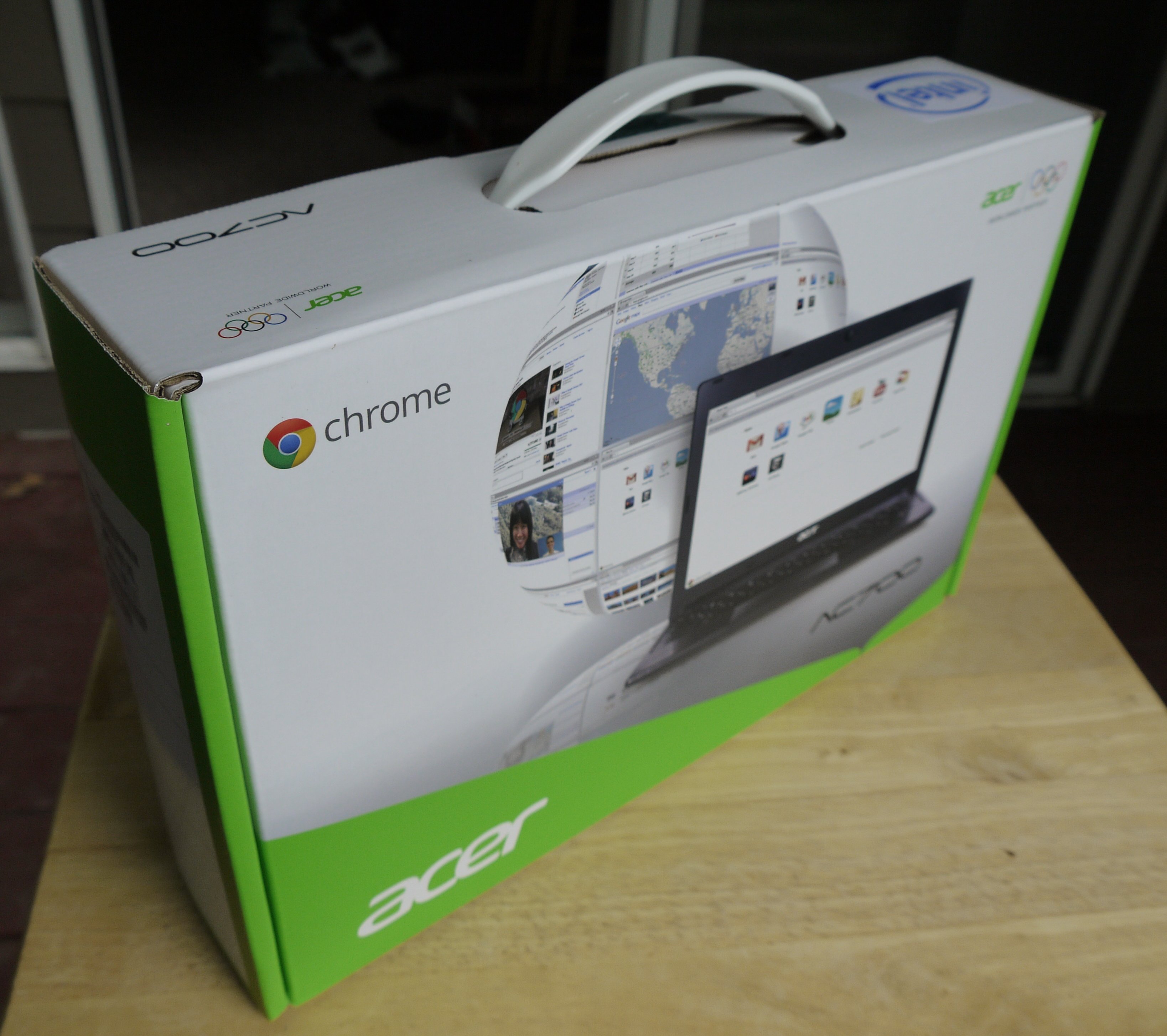 With Google Chrome OS, Google has undertaken a great experiment. Unfortunately, that experiment has been a failure. From the outset Google promised that Google Chrome OS would provide an easy to use platform that was reliable, inexpensive, and relatively quick.

I had no stability problems while using Google Chrome OS, but that’s all the praise I can give. It isn’t any less expensive than comparable Windows netbooks, and the operating system itself fails to provide notably better performance in any area besides boot and resume times.

More problematic, however, is the skimpy feature set. If this operating system was a pair of pants, you wouldn’t be able to go out in public without being arrested for indecency. The file manager is barely there, while useful security and account management features are missing entirely.

Acer’s hardware is more competent. Bland as it may be, the keyboard and touchpad are both quite large and comfortable. The display and audio quality is also above average for this category of device. 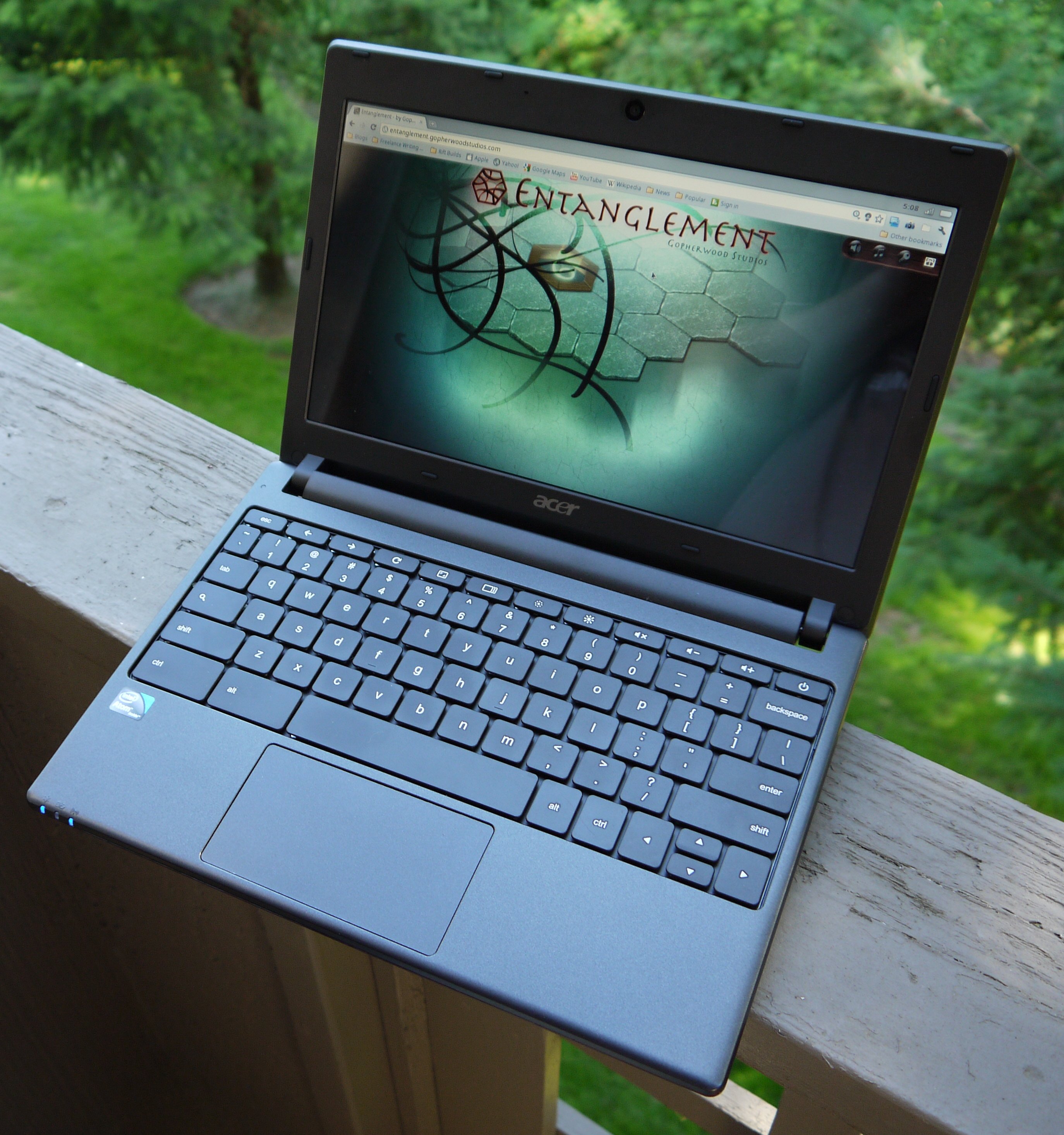 The only problem is the dual-core Atom. AMD’s Fusion remains a much more attractive option for buyers in the budget ultraportable market. Acer itself offers an 11.6” dual-core AMD C-50 powered netbook running Windows 7 Home Premium for less than $300, as well as a variety of netbooks between $300 and $450. It’s hard to imagine why the Chromebook would be preferable to any of these alternatives.

Obviously, I’m not able to provide the Chromebook with any recommendation at this time. I do have hope, however, if only because Google tends to refine its products through constant revision and reiteration. Hopefully Google Chrome OS will see its functionality expanded and refined over the course of the next year. Until then, you shouldn’t pay to become part of this experiment.

NVIDIA Optimus Technology: Performance and Battery Life for your Notebook 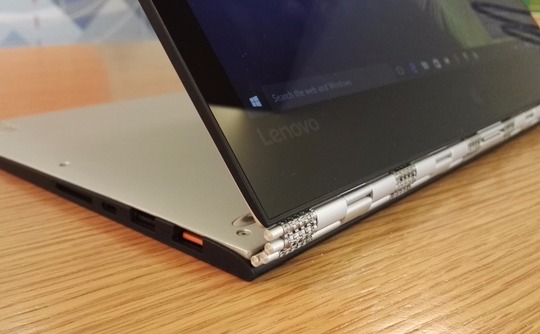 Sure it is pretty on the outside, but what about the personality of the Lenovo Yoga 900