Along with the ASUS ROG Matrix GTX 580 released earlier in the summer, the company also put out a new version of its GPUTweak software that is used for monitor, managing and overclocking GPUs.  We spent quite a bit of time going over the various features of the software in our review of the Matrix GTX 580 and I would suggest you give that a look before moving forward. 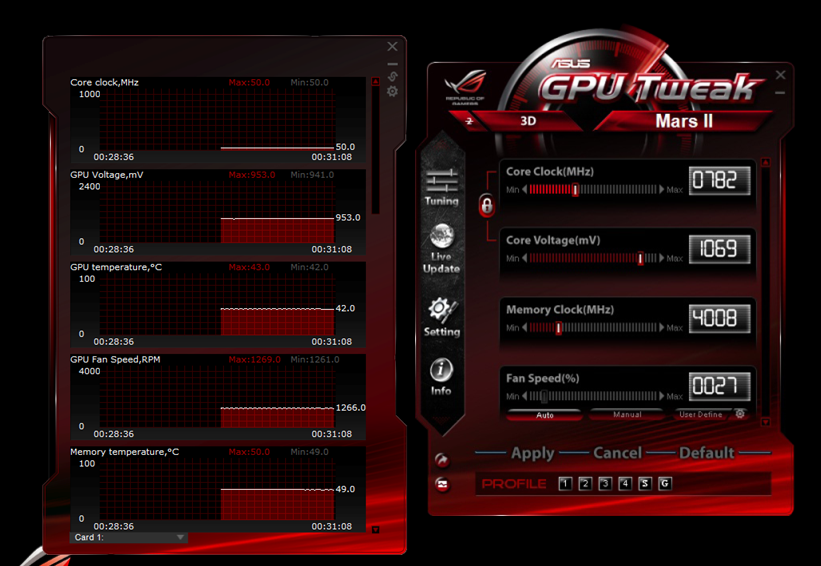 The very same GPUTweak software will work wonders with the MARS II card including allowing you to push both GPUs a bit further than the 782 MHz clock speed they ship at.  Just be sure you remember to click the "Mars II" line and select the "sync with all card" option so that moving the slider just once will affect BOTH of the GPUs on the board.

You will see our overclocking results later in the review and I have to say I came away impressed with the added power that ASUS was able provide to those willing to do a bit of tweaking.

Now, below, before we get into specifications of our test bed and what cards we are going to be throwing into the pit with the MARS II, I had a premonition that you all would want to see the MARS II card compared (physically) to lots of other cards.  With that in mind, take a look at the next photos or just keep scrolling to move past… 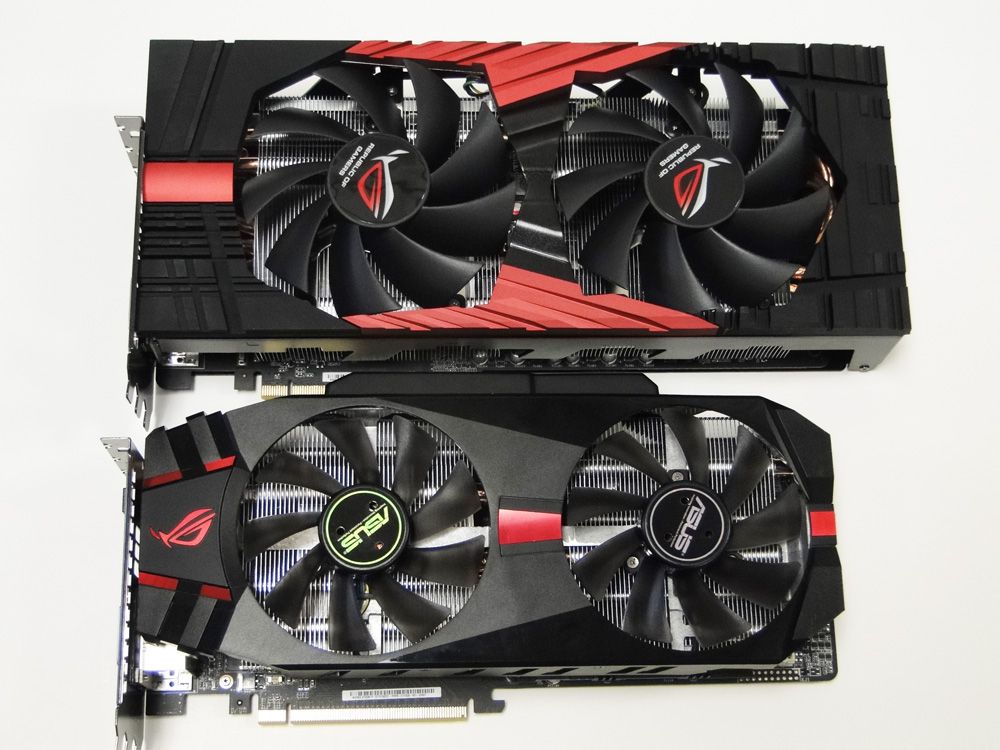 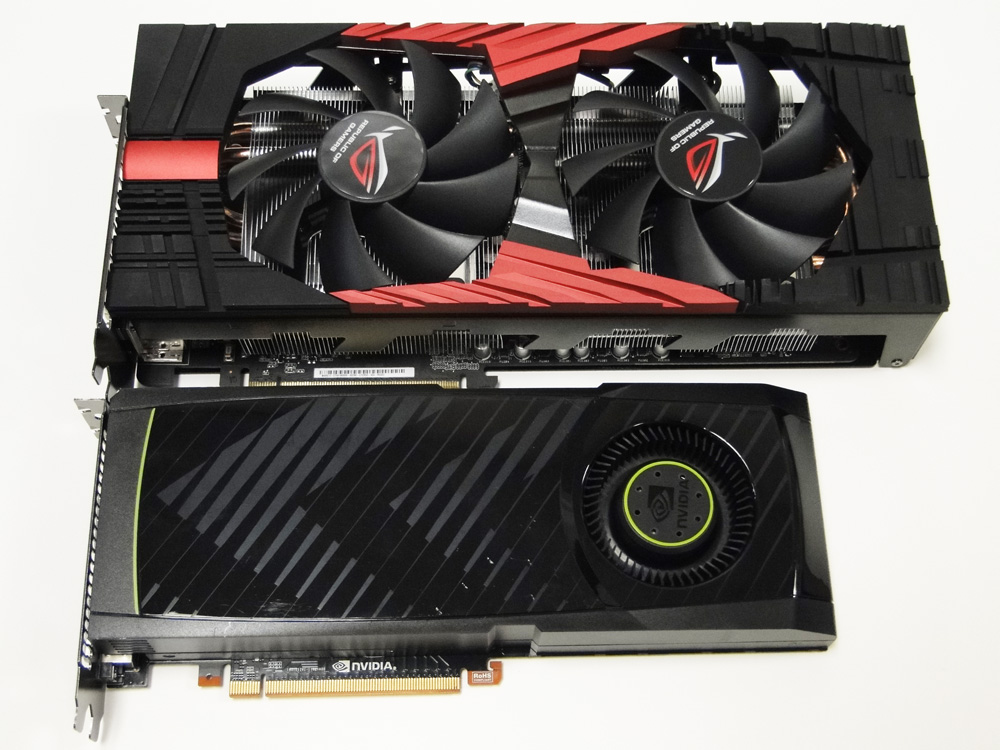 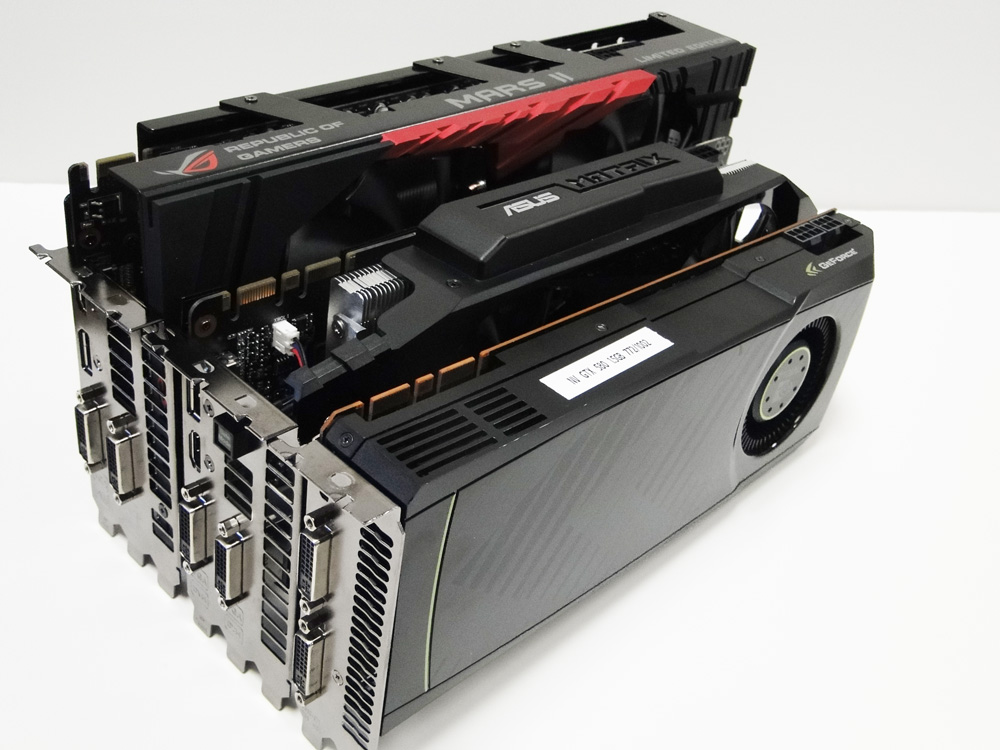 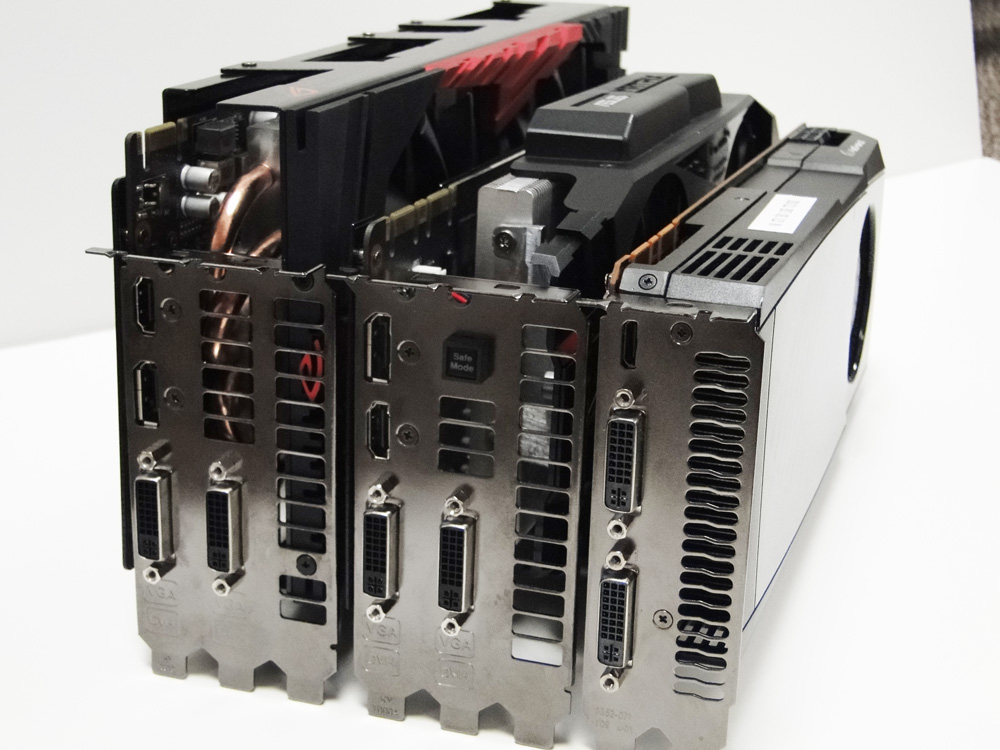 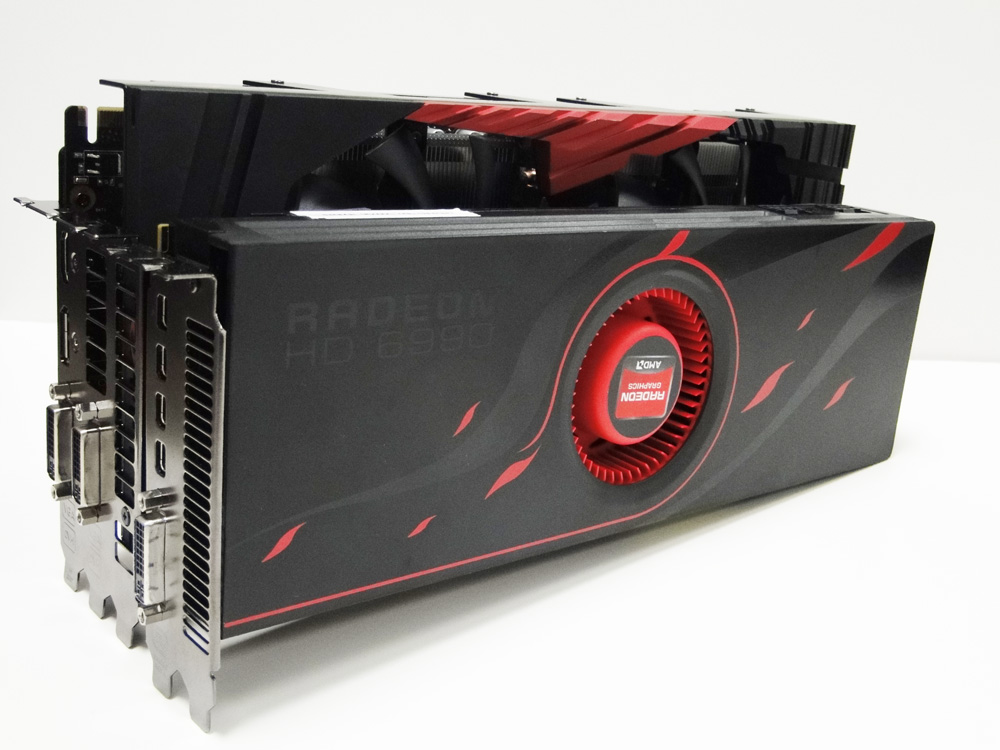 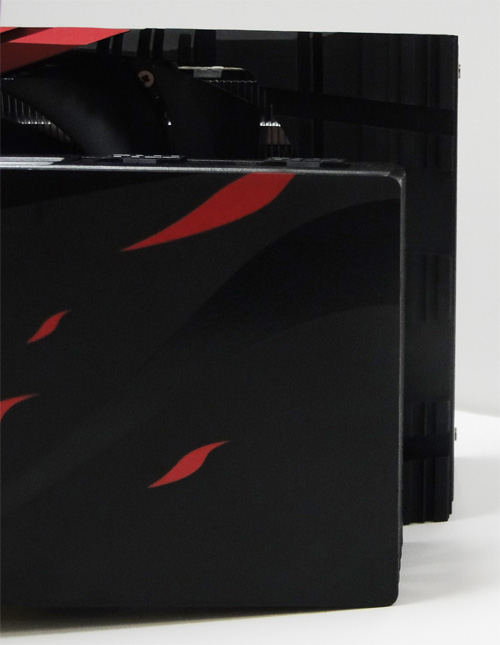 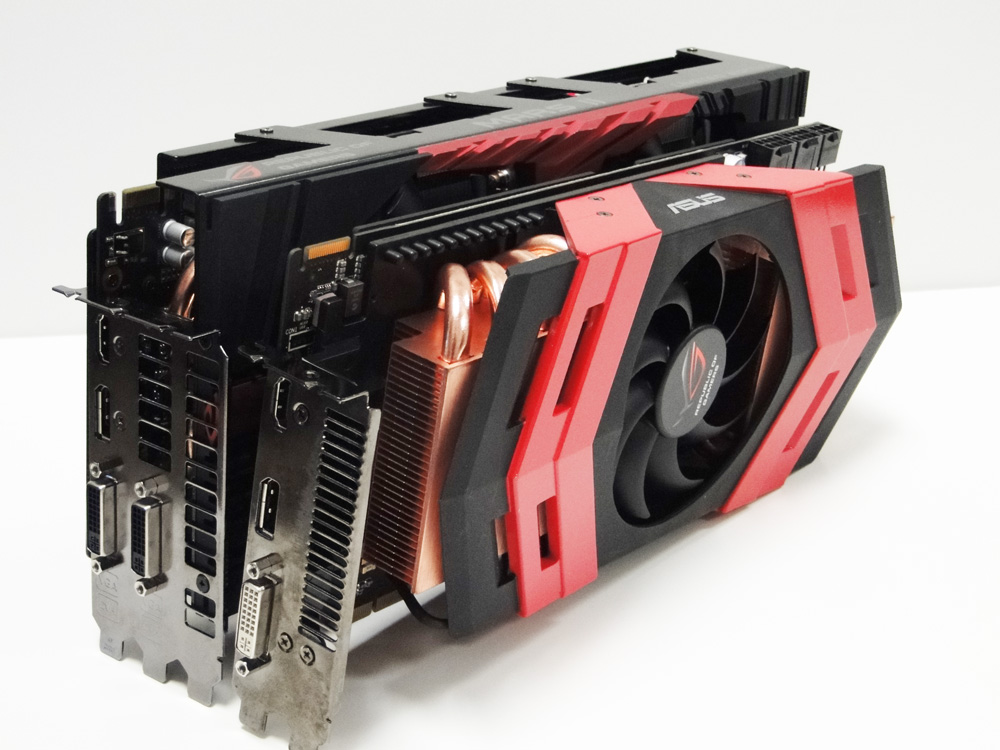 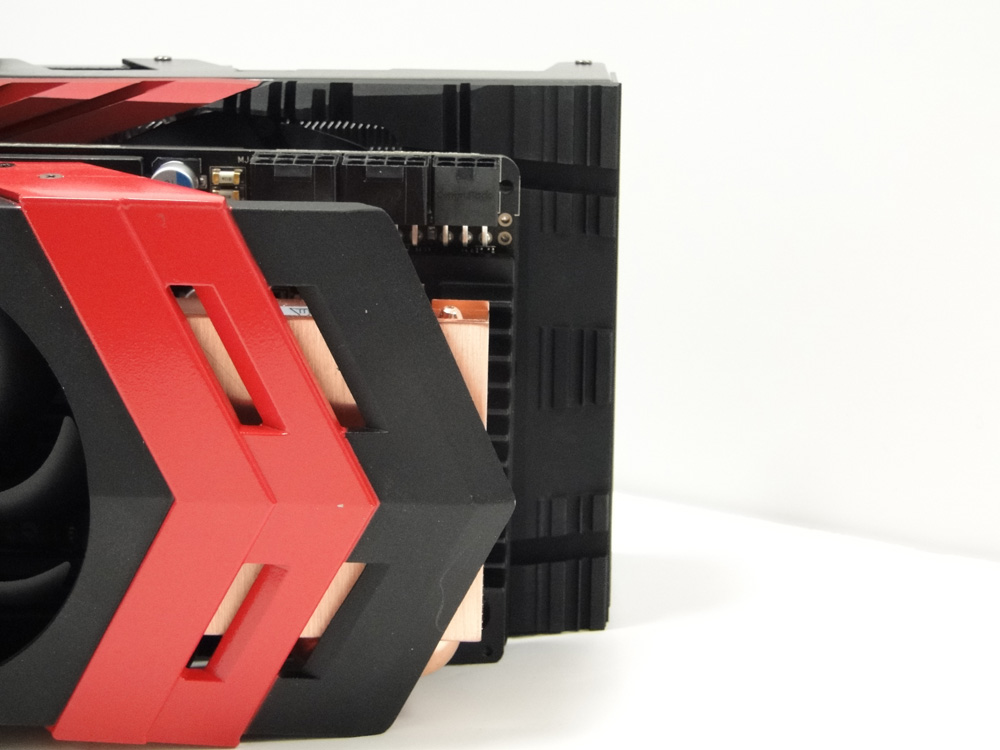 GPU-Z sees the ASUS MARS II Dual GTX 580 card for exactly what it is: 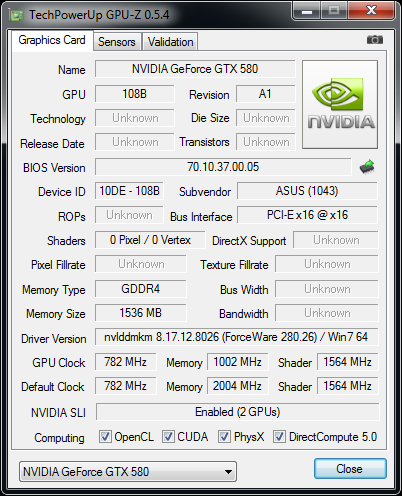 For our benchmarking evaluation of the MARS II, the competition is pretty straight forward.  NVIDIA’s own GeForce GTX 590 3GB and the AMD Radeon HD 6990 4GB are the obvious choices and the single GTX 580 rounds out the pack.  How do the prices stack up though?

I included a few more cards as well just so you have an idea of where the competition stands in the high-end GPU market.  Obviously the MARS II stands alone with a price tag $650 MORE than the next highest option on the market.  Also, considering you can get a pair of GTX 580 cards from ASUS and other companies for under $1,000 many of you will question why getting a combo card like the MARS II makes any sense.  It’s a fair question and all we can is that crazy enthusiasts with a lot of money want the best and the MARS II is without a doubt going to be the fastest single card on the planet.

Here is our testing configuration: