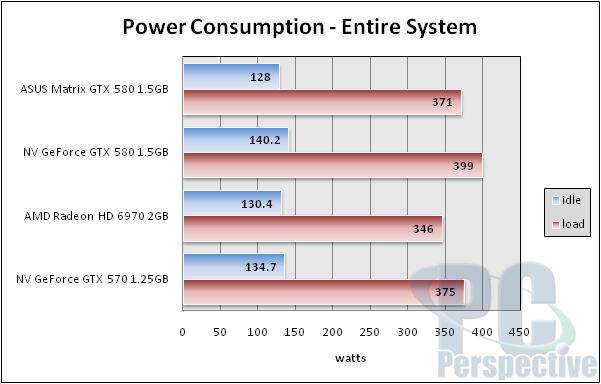 Idle power results on the new ASUS Matrix GTX 580 are really impressive, coming in under not only the reference GTX 580 card but also the Radeon HD 6970.  Obviously the work that ASUS put into the board design has paid off.  Even under a full gaming load, the ASUS card used less power than the reference – by 28 watts – and uses less than our GTX 570 reference card did under load. 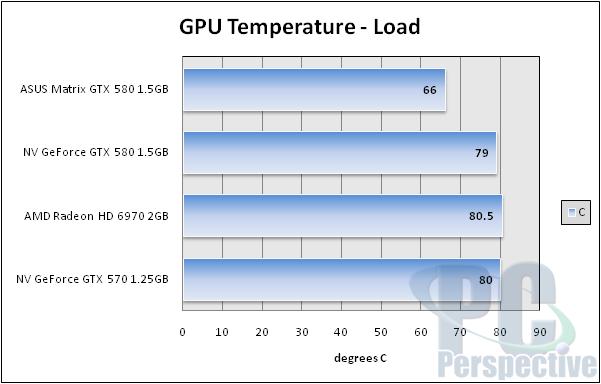 Nothing shows off the work of the ASUS engineers quite like this result – at 66 degrees C the ASUS ROG Matrix GTX 580 is by far the quietest and coolest non-liquid cooled Fermi we have tested!  At that temperature the Matrix GTX 580 is 13 degrees cooler than the reference GTX 580 (20%) and this will obviously allow the card to overclock higher (and run with less noise) than most other options on the market.