We were more than a bit let down by the performance delta between the ROG Matrix GTX 580 and the reference card in our gaming tests on the previous pages but it should be assumed that users of THIS card are going to be overclocking, even if through the software only.  To NOT do so would be a waste of a perfectly engineered graphics card. 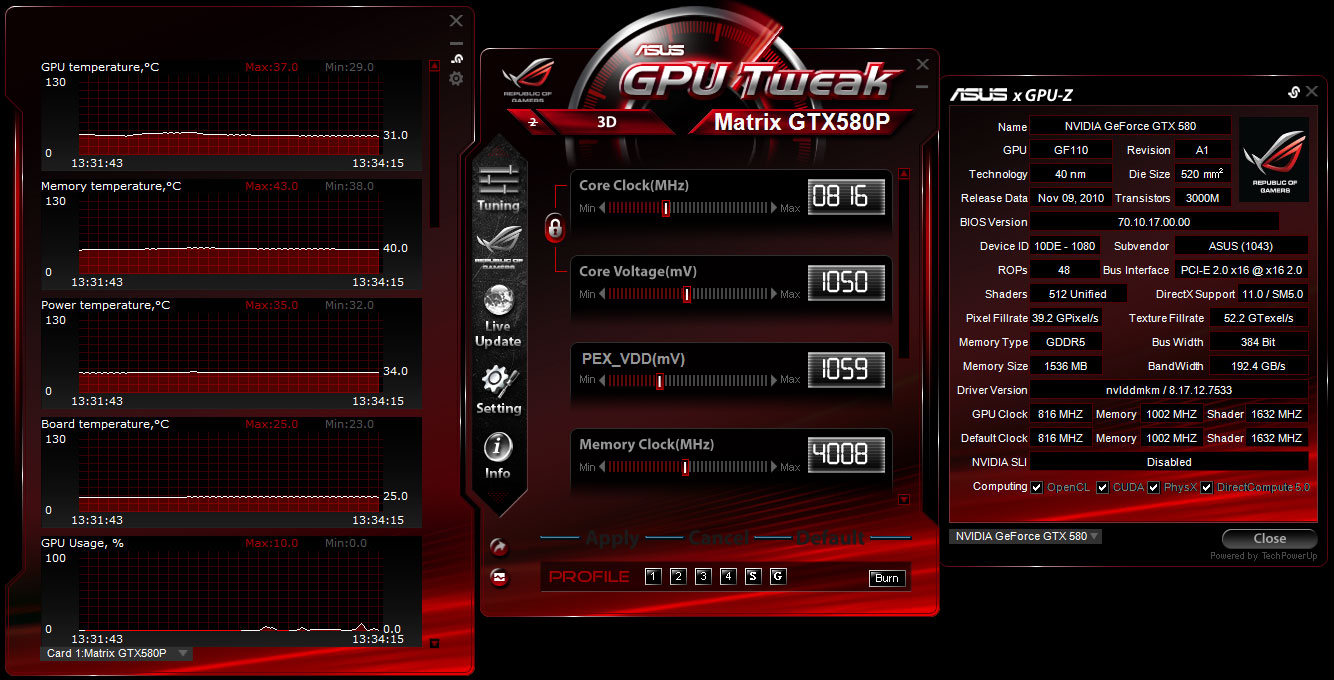 Using the new ASUS GPUTweak software, even with the basic amount of time we spent pushing this card forward, we were able to get some much more impressive clock speeds out our test sample. 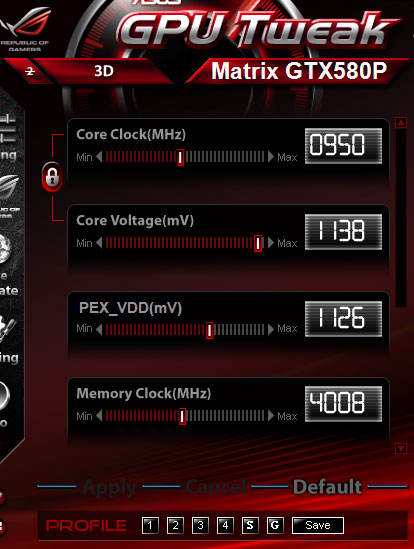 Thanks to the user friendly software that increases GPU voltages modestly with the increase in clock speed, reaching the 950 MHz mark didn’t take much more than moving a single slider.  That gives us a 23% boost in our clock speed over the reference GTX 580 cards on the market while still giving us very quiet operation.

At this setting the performance on the card was very stable and we were able to get 970 MHz out of the Matrix card with just a single crash / hiccup. 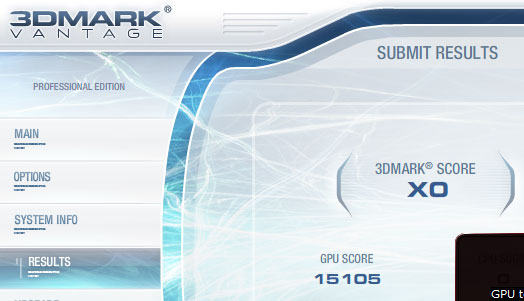 Just to see the results of the card at these settings, here is a screen grab from 3DMark Vantage in the Extreme configuration running at 15,105 GPU score.  Compare that to the reference GTX 580 score of 12,905 and we have a nice performance gaming of 17-18%!  Not too bad for pushing a slider around on a piece of software, huh?